With so many superhero movies around, such as Spiderman or Hulk, we are used to see people with special abilities in fiction. But people with amazing abilities actually do exist in real life; here’s a list of 10 of the most amazing of these people!

Daniel Paul Tammet is a British high-functioning autistic savant gifted with a facility for mathematical calculations, sequence memory, and natural language learning. He was born with congenital childhood epilepsy. Experiencing numbers as colors or sensations is a well-documented form of synesthesia, but the detail and specificity of Tammet’s mental imagery of numbers is unique. In his mind, he says, each number up to 10,000 has its own unique shape and feel, that he can "see" results of calculations as landscapes, and that he can "sense" whether a number is prime or composite. He has described his visual image of 289 as particularly ugly, 333 as particularly attractive, and pi as beautiful. Tammet not only verbally describes these visions, but also creates artwork, particularly watercolor paintings, such as his painting of Pi.

Tammet holds the European record for memorising and recounting pi to 22,514 digits in just over five hours. He also speaks a variety of languages including English, French, Finnish, German, Spanish, Lithuanian, Romanian, Estonian, Icelandic, Welsh and Esperanto. He particularly likes Estonian, because it is rich in vowels. Tammet is creating a new language called Mänti. Tammet is capable of learning new languages very quickly. To prove this for the Channel Five documentary, Tammet was challenged to learn Icelandic in one week. Seven days later he appeared on Icelandic television conversing in Icelandic, with his Icelandic language instructor saying it was "not human."

Ben Underwoodtaught is blind, both of his eyes were removed (cancer) when he was 3. Yet, he plays basketball, rides on a bicycle, and lives a quite normal life. He taught himself to use echo location to navigate around the world. With no guide-dogs, he doesn’t even need hands: he uses sound. Ben makes a short click sound that bounces back from objects. Amazingly, his ears pick up the ecos to let him know where the objects are. He’s the only person in the world who sees using nothing but Eco location, like a sonar or a dolphin. 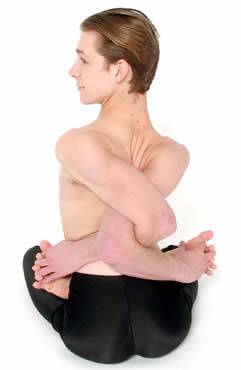 Five time Guiness Record holder, The Rubberboy is the most flexible man alive and the most famous contortionist. He has been in many professional basketball or baseball games and on The Tonight Show with Jay Leno, ESPN’s Sports Center, Oprah Winfrey, Ripley’s Believe It or Not, Cirque du Soleil, Best Damn Sports Show Period, The Discovery Channel, Men in Black 2, HBO’s Carnivale, and CSI: NY and American got a talent. He dislocates his arms to crawl through an unstrung tennis racquet. He performs contortion handstands and unique acrobatics. 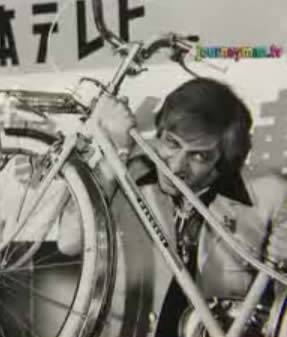 Michel Lotito (born 1950) is a French entertainer, famous as the consumer of undigestables, and is known as Monsieur Mangetout (Mister Eat-it-all). Lotito’s performances are the consumption of metal, glass, rubber and so on in items such as bicycles, televisions, a Cessna 150, and smaller items which are disassembled, cut-up and swallowed. The aircraft took roughly two years to be ‘eaten’ from 1978 to 1980. He began eating unusual material while a child and has been performing publicly since 1966. Lotito does not often suffer from ill-effects due to his diet, even after the consumption of materials usually considered poisonous. When performing he consumes around a kilogram of material daily, preceding it with mineral oil and drinking considerable quantities of water during the ‘meal’. He apparently possesses a stomach and intestine with walls of twice the expected thickness, and his digestive acids are, allegedly, unusually powerful, allowing him to digest a certain portion of his metallic meals. 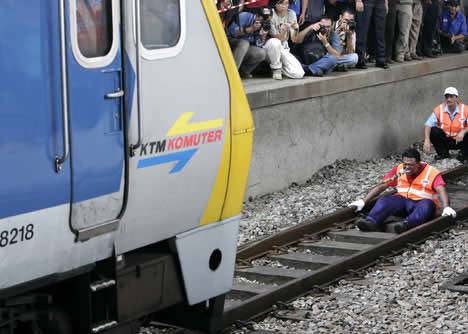 On August 30, 2007, the eve of Malaysia’s 50th Independence Day, Rathakrishnan Velu (or Raja Gigi, as he is known locally) broke his own world record for pulling train with his teeth, this time with 6 coaches attached weighing 297.1 tons over a distance of 2.8 metres at the Old Kuala Lumpur Railway Station. Raja Gigi, from Tampin in Malaysia learned a technique of concentrating his powers to any part of his body from an Indian guru at a young age of 14. 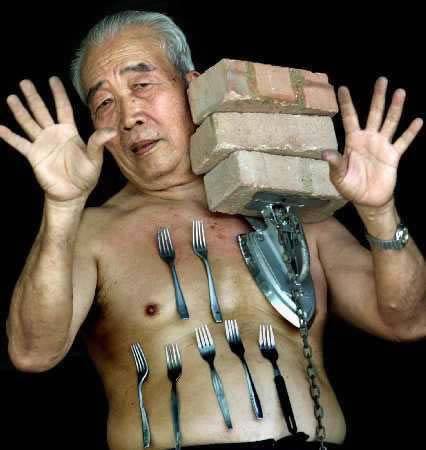 Liew Thow Lin, a 70-year-old retired contractor in Malaysia, recently made news for pulling a car twenty meters along a level surface by means of an iron chain hooked to an iron plate on his midriff. He says that he discovered he had the amazing ability to make objects stick "magnetically" to his skin, and now he’s added car-pulling to his repertoire. After reading an article about a family in Taiwan who possessed such power, he says he took several iron objects and put them on his abdomen, and to his surprise, all the objects including an iron, stuck on his skin and didn’t fall down. Since this "gift” is also present in three of his sons and two grandchildren, he figures it’s hereditary. 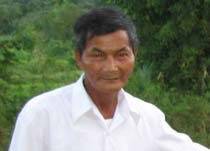 Sixty-four-year-old Thai Ngoc, known as Hai Ngoc, said he could not sleep at night after getting a fever in 1973, and has counted infinite numbers of sheep during more than 11,700 consecutive sleepless nights. "I don’t know whether the insomnia has impacted my health or not. But I’m still healthy and can farm normally like others," Ngoc said. Proving his health, the elderly resident of Que Trung commune, Que Son district said he can carry two 50kg bags of fertilizer down 4km of road to return home every day. His wife said, "My husband used to sleep well, but these days, even liquor cannot put him down." She said when Ngoc went to Da Nang for a medical examination, doctors gave him a clean bill of health, except a minor decline in liver function. Ngoc currently lives on his 5ha farm at the foot of a mountain busy with farming and taking care of pigs and chickens all day. His six children live at their house in Que Trung. Ngoc often does extra farm work or guards his farm at night to prevent theft, saying he used three months of sleepless nights to dig two large ponds to raise fish.

Tim Cridland doesn’t seem to feel pain like the rest of people. He astounded everyone by pushing needles into his arms without flinching and he now performs a terrifying act for audiences all over America. Scientific tests have shown that Tim can tolerate much higher levels of pain than are humanly possible. He explains that, by using mind over matter, he is able to push skewers through his body and put up with extreme heat and cold unharmed – but to do this safely he has extensively studied human anatomy, because puncturing an artery could be fatal. 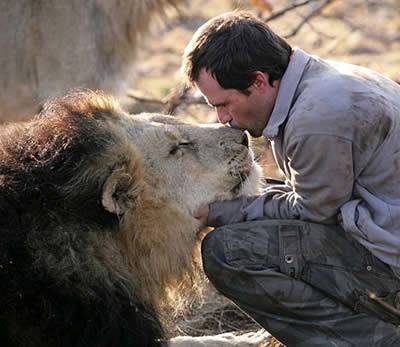 Animal behaviourist Kevin Richardson says he relies on instinct to win the hearts and form an intimate bond with the big cats. He can spend the night curled up with them without the slightest fear of being attacked. His magic works not only work for lions but other animals such as cheetahs, leopards and even hyenas do not hold a threat against him. Lions are his favorites and its a wonder how he can play, carress, cuddle with them whose teeth are sharp enough to bite through thick steel. Its a dangerous job but to Kevin, its more of a passion for him. 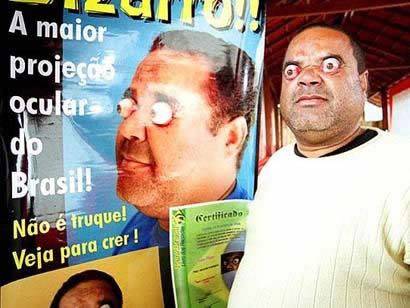 Claudio Pinto can pop both of his eyes 4 cm (about 1 and a half inch) or 95% out of their sockets. He’s now aiming (poppin’?) for a world record. Mr Pinto has undergone various tests and doctors say they have never seen or heard of a person who can pop the eyes as much as him. Mr Pinto, from Belo Horizonte, said: "It is a pretty easy way to make money. "I can pop my eyes out four centimetres each, it is a gift from God, I feel blessed."