The Siachen glacier, located in the eastern Karakoram range in the Himalaya Mountains, is one of the five largest glaciers in the Karakoram, situated at an average altitude of 18,000 feet above sea level. At 78 km long, it is the longest glacier in the Karakoram and second-longest in the world’s non-polar areas. Most of the Siachen Glacier falls under the LoC (Line of Control), a hotly contested territory between Pakistan and India. Since 1984, both countries have been fighting intermittently for sovereignty over this region, because of which the Siachen glacier is sometimes called the highest battleground on earth.

The conflict in Siachen stems from the incompletely demarcated territory on the map of this region. After the Indo-Pakistan war in 1971, an agreement was signed between the two countries in 1972, which came to be known as the Shimla Agreement, but it failed to clearly mention who controlled the glacier. UN officials presumed there would be no dispute between India and Pakistan over such a cold and barren region. They were wrong. 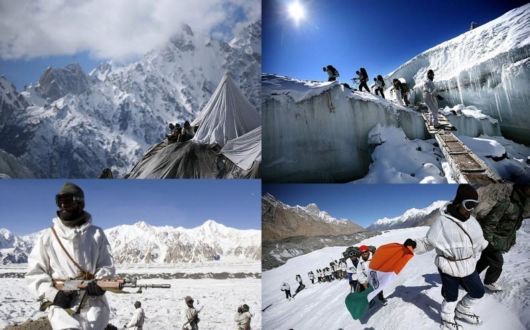 In 1984, when the Pakistan army attempted to move into the region, India launched a successful military operation and has since maintained control over all of the Siachen Glacier and its tributaries. Between 1984 and 1999, frequent skirmishes took place between India and Pakistan. However, more soldiers have died in Siachen from harsh weather conditions than from enemy firing. Both India and Pakistan maintain permanent military presence in the region at a height of over 6,000 metres (20,000 ft), and continue to deploy thousands of troops in Siachen.

Although a cease-fire went into effect in 2003, by then the two sides had lost an estimated 2,000 personnel primarily due to frostbite, avalanches and other complications. Together, the nations have about 150 manned outposts along the glacier, with some 3,000 troops each. Official figures for maintaining these outposts are put at ~$300 and ~$200 million for India and Pakistan respectively.

Aside from the Indian and Pakistani military presence, the glacier region is unpopulated. The nearest civilian settlement is the village of Warshi, 10 miles downstream from the Indian base camp. The region is also highly remote with limited road connectivity. On the Indian side, roads go only as far as the military base camp at Dzingrulma 72 km from the top of the glacier. 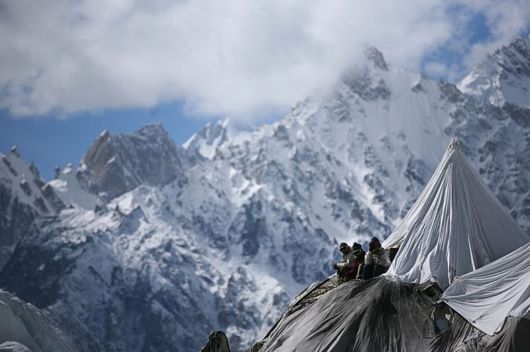 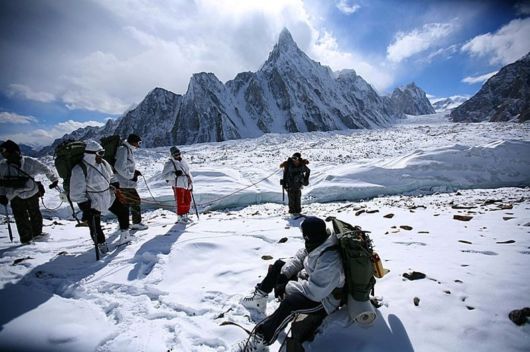 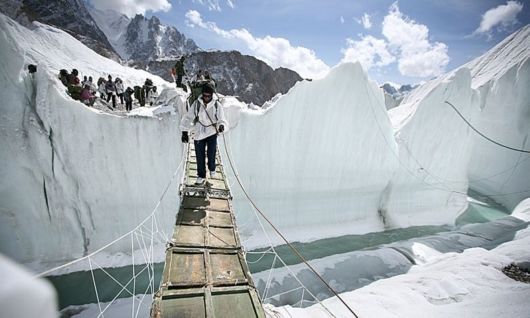 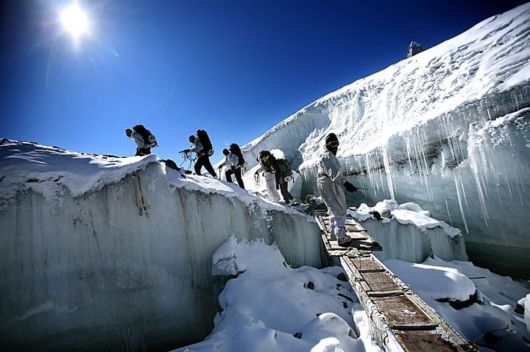 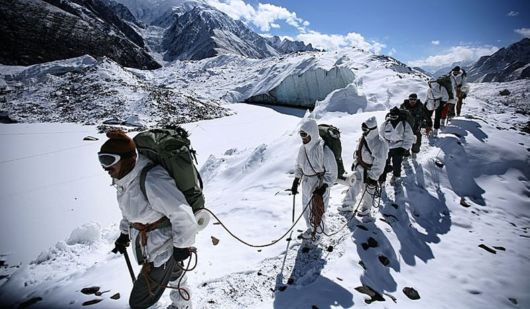 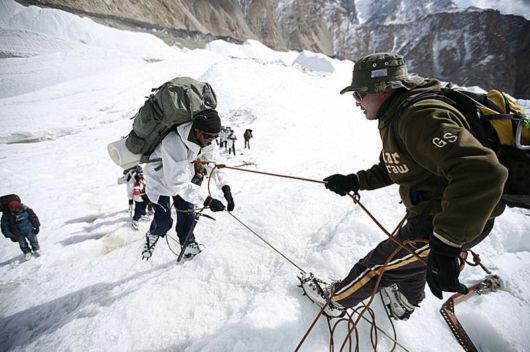 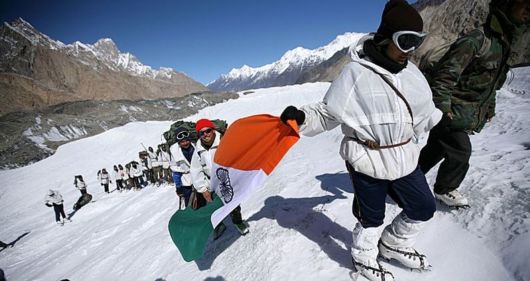 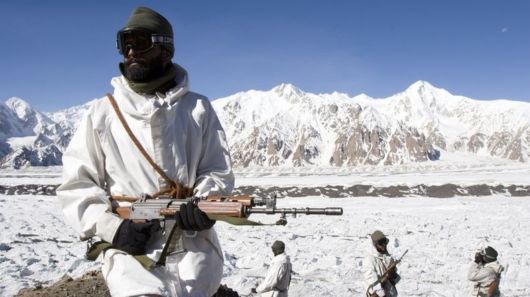 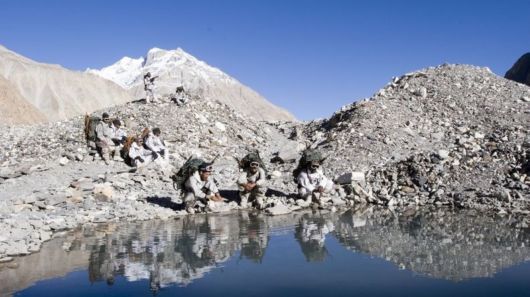 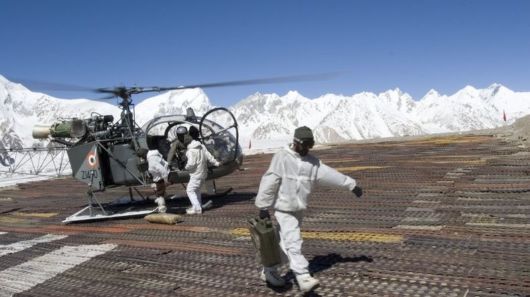 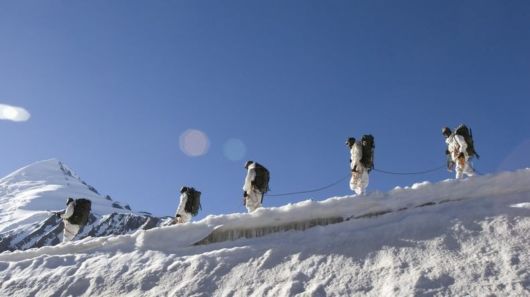 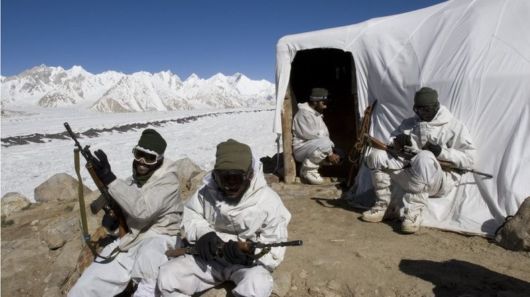 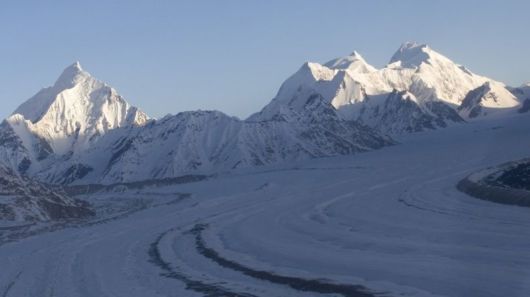 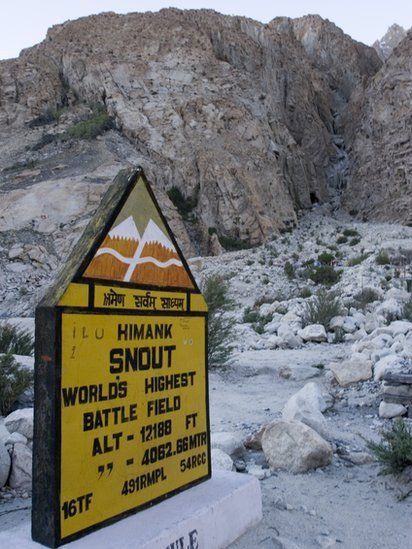 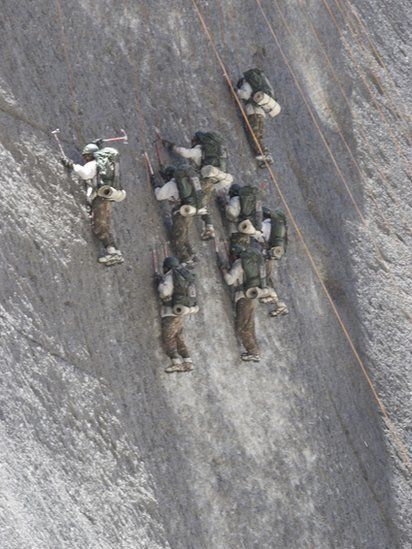