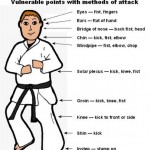 What would you do if you were attacked? It?s a horrible and scary thought, but it could happen.

Read this and stay safe!

Memorize the following three steps and do not hesitate to use them if you feel threatened! 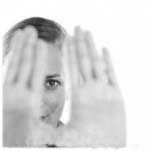 1) Stand tall- If someone approaches you in a menacing way, stand tall and strong with your feet shoulder-width apart, one foot (it doesn?t matter which) out slightly in front of the other.

2) Stop sign- Hold your arms straight out in front of you, touching your thumbs together and spreading the rest of your fingers, so you?ll firmly send the signal ?Stop!? to your potential assailant.

3) Speak up- Follow your strong stance by using a command that will let him know you?re serious, like ?! Leave me alone!? Then say something to reduce the tension like ?I don?t want any problems.?

Tip: Confidence can deter a potential attacker, so walk at a steady pace and act like you know where you?re going.
Why it works: The freeze stance is your first line of defense. It defuses the situation before it escalates into an attack. Plus it shows that you?re bold enough to take control of the situation and confident enough to fight if you have to. The freeze stance combines verbal and non-verbal signals (the arms held out straight the command) that show you?re not afraid to face your attacker. He sees your strength, and no one wants a strong victim.

If you?re ever attacked, chances are you?ll be knocked to the ground in the struggle. It?s easy to be scared and think that once you?re down, you?re helpless. But that?s not true! Your lower body is the strongest part of you so practice this until it?s second nature.

1) Gear up- Roll onto your side, hold your torso up with one arm, bend the bottom leg till your foot?s near your bottom. Put the other leg in the air, knee bent, thigh perpendicular to your body. Remember, don?t just practice with only leg-you might end up having to use the other one.

2) Kick- Aim for sensitive areas such as the face or groin. Stay focused on your target and kick your top leg hard while twisting your torso towards the ground. Your arms should be planted and your belly button facing the ground to give more power. If your attacker grabs your kicking leg, flip over and kick him with your other foot.

3) Reload- Quickly get back into position so you?re ready to kick again if you need to. Once he?s on the ground, get up and run.

Tip: Your voice is a powerful weapon. Shout a specific instruction like ?Call the police!? as loud as you can.

Being attacked from behind is especially scary because it takes you by surprise. However there is a move you can use to defend yourself against an attacker who sneaks up on you-the elbow strike. If done correctly, this blow can throw your attacker off-balance and even break his nose. 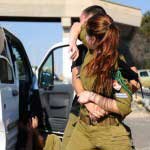 1) Grab- As soon as you?re attacked from behind, quickly take note of which side of you the assailant?s head is on. Then, with your opposite hand, grab his forearm, which will probably be wrapped around your waist. This way, he won?t be able to pull away and your strike will be more powerful. The arm closer to his face is the one you?ll use to strike.

2) Strike-Twist at the waist while bringing your other arm back, elbow bent, to hit your attacker in the face. Thrust your elbow upward so it hits him from the bottom of the nose up, at an angle. While turning, try to look him straight in the face do you?re more likely to hit your target.