These were the squares where the ladders were found and one could move ahead faster.

These were the squares where the snake waited with its mouth open.

The 100th square represented Nirvana or Moksha.The tops of each ladder depict a God, or one of the various heavens (kailasa, vaikuntha, brahmaloka) and so on. As the game progressed various actions were supposed to take you up and down the board as in life…

Amazing, isn’t it???! Watch the game in the image below: 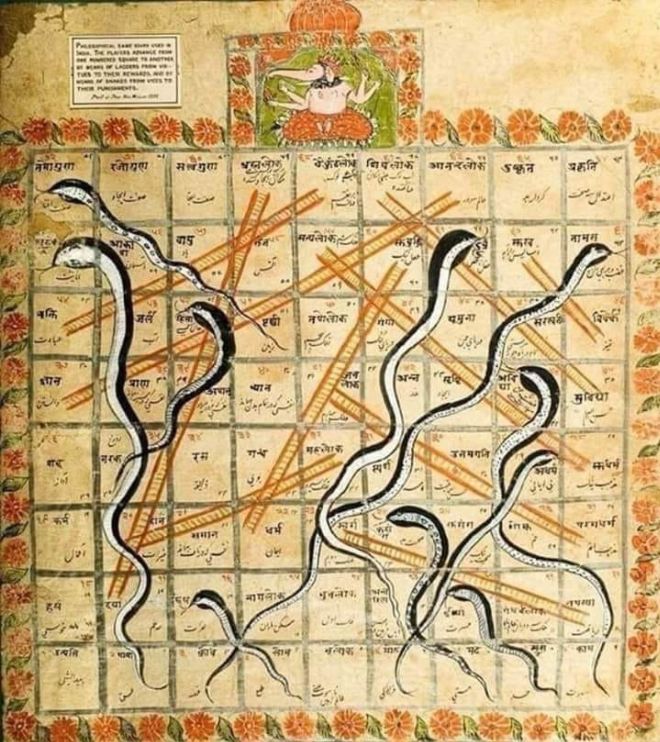