In human history, we have experienced many catastrophic disasters such as volcanic eruptions, earthquakes, tsunamis, snowstorms … devastating the environment, claiming the lives of hundreds of thousands of people throughout the world. place in the world. The consequences of those horrific catastrophes make people startled. And that is also a warning before the terrible destruction of human nature. 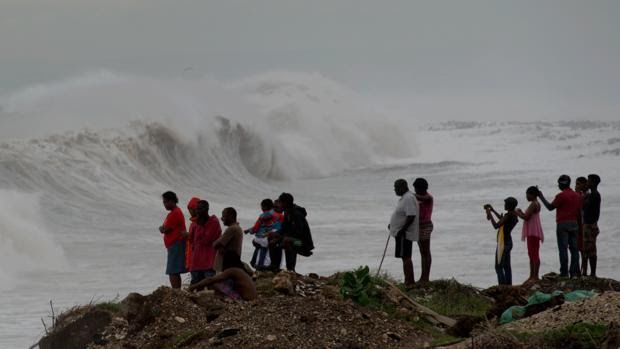 In October 2016, Typhoon Matthew swept through Haiti, the poorest country in the Americas before sweeping across the US coast. With a winds of 233 km / h accompanied by torrential rain, it caused widespread damage in Haiti and claimed more than 1,000 lives.

The avalanche in Pakistan in 2012 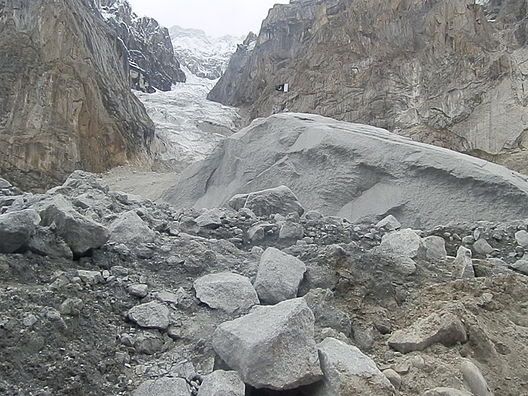 Double disaster in Japan in 2011 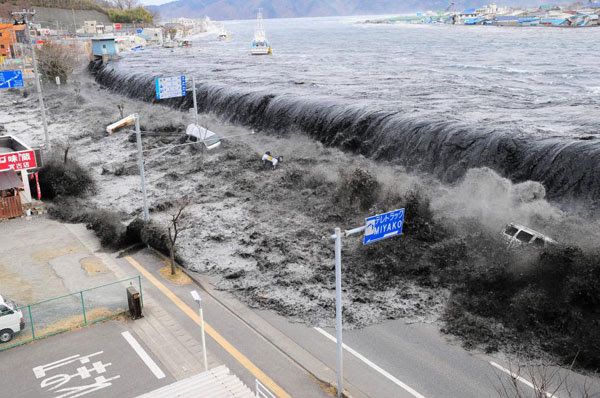 In 2011, the northeast coast of Japan was hit by a 9.0 magnitude earthquake that resulted in a 10m tsunami that destroyed many boats, houses, and vehicles. A total of 15,840 people were killed, 5,950 were injured and 3,642 were missing in this dual disaster.

Worse, this disaster affected the Fukushima I nuclear power plant which led to the worst nuclear crisis in Japanese history, the consequences of which have not been thoroughly solved to this day.

It is estimated that property damage caused by this catastrophe could reach USD 309 billion.

Earthquake in Haiti in 2010 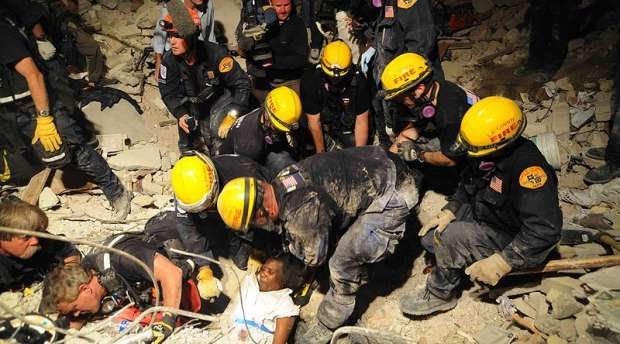 The earthquake destroyed Port-au-Prince, and the ports were badly damaged, leaving Haiti unable to receive external assistance for a week.

According to earthquake researchers, at least 52 strong aftershocks of 4.5 magnitude or greater have occurred as of January 24, 2010. 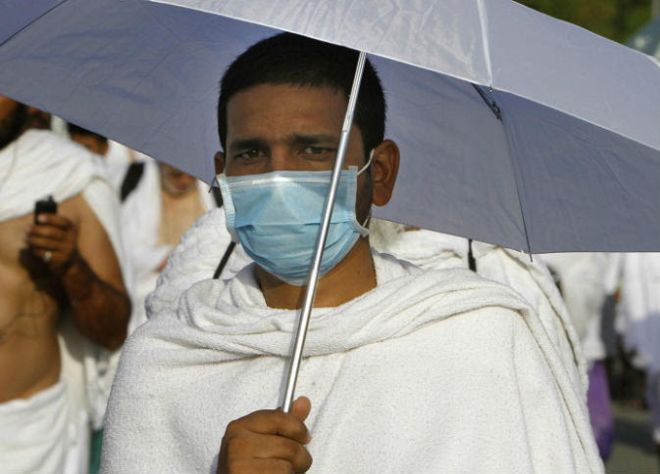 In 2009, the A / H1N1 pandemic spread globally causing illness and claimed the lives of 17,000 people in 74 countries. This pandemic led the World Health Organization, WHO, to announce a global influenza pandemic and upgrade its alert to level 6. 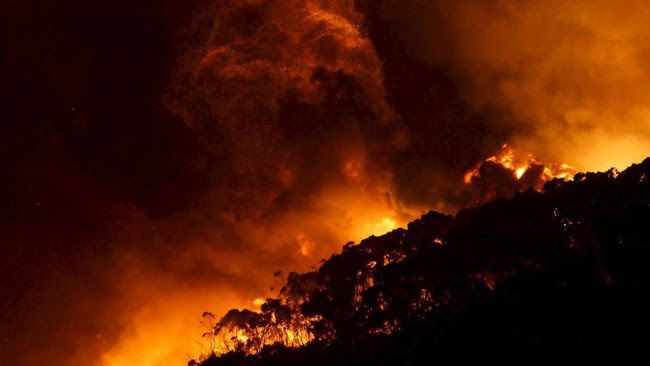 Between 2 and 3/2009, more than 400 wildfires occurred in Australia, killing 173 people and injuring 414. Many towns in Victoria burned completely in flames.

Typhoon Nargis in Myanmar in 2008 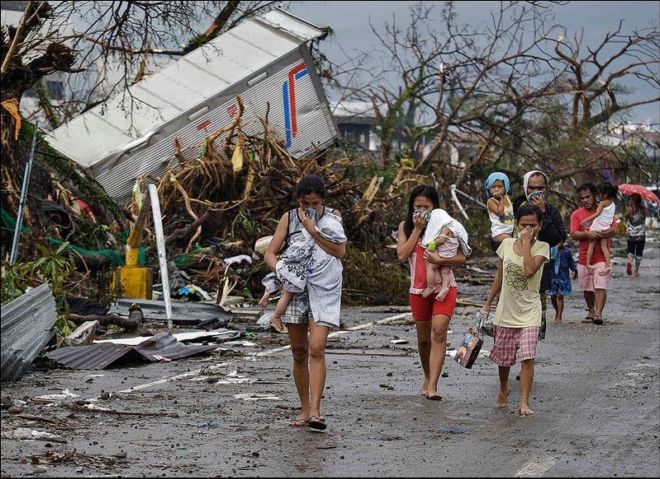 On May 3, 2008, tropical storm Nargis swept through Myanmar, killing nearly 140,000 people. Human corpses were rampant in the fields, and the survivors were always hungry, without shelter. Almost the whole town was destroyed and swept away. It is estimated that property damage caused by this terrible storm is about 10 billion USD.

Indian Ocean earthquake and tsunami in 2004 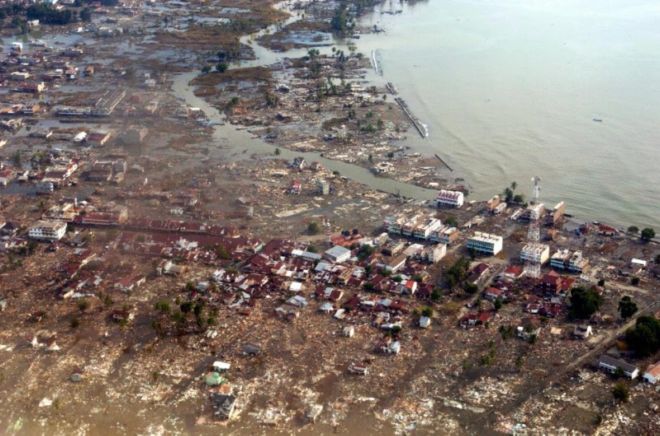 On December 26, 2004, a magnitude 9.1 earthquake struck the center off Indonesia’s island coast. This is the longest and third largest earthquake in history.

The limnic explosion at Lake Nyos in 1986 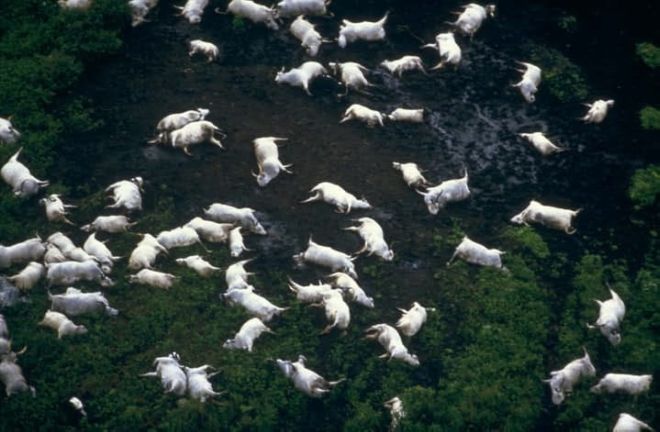 The Nyos disaster in Cameroon was the second CO2 explosion disaster in history, killing about 1,800 people and killing 3,500 animals. Villages within a 25 km radius around Lake Nyos were all wiped out in an instant.

According to scientists, in this explosion Lake Nyos has released about 1 km3 of CO2 enough to fill 10 football fields. Gas and water were lifted into columns of about 80 m high, moving at a speed of 70 km / h. 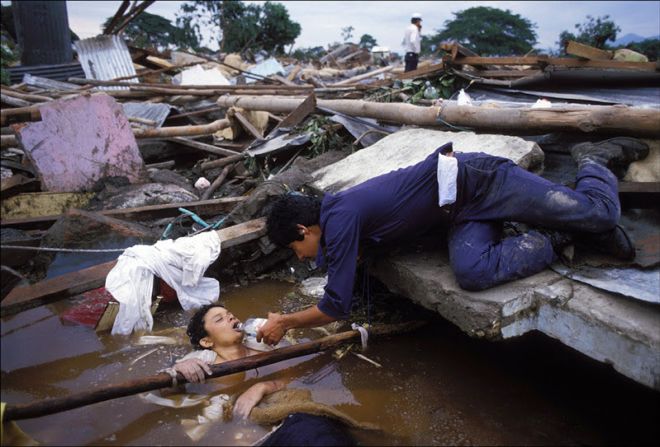 Within 15 minutes, the town of Amero of Colombia was engulfed by the super magma erupting from the volcano Nevado del Ruiz. 35 million tons of rock, lava move at a speed of 480 km / h from the top of the mountain to the valley of the two sides of the mountain, along with about 700,000 tons of sulfur dioxide released. When combined with water forms a sticky material like concrete that falls down and collapses the roofs and is harmful to humans if inhaled.

After this catastrophic natural disaster, only a quarter of the population in the town of Amero survived.