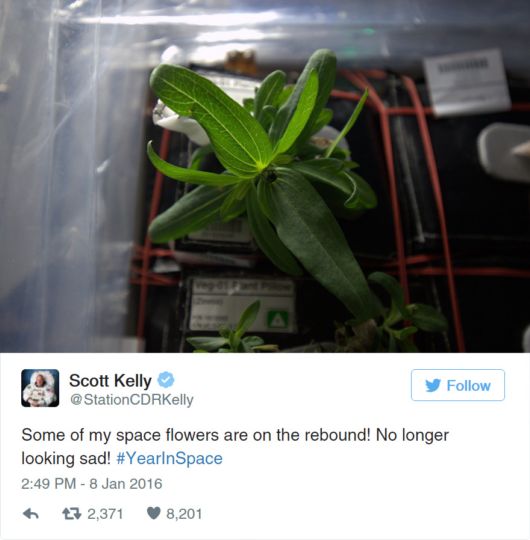 Good news for astronauts! Freeze-dried space food may soon be a thing of the past thanks to astronaut Scott Kelly?s successful attempt to grow the first ever flower in space.

Kelly is no stranger to space horticulture however. Last year he managed to grow lettuce on board the International Space Station (ISS). Now he?s used his zero gravity vegetable garden to grow Zinnias, a type of edible flower most commonly found in salads. Given that astronauts are still largely dependent on freeze-dried meals, such experiments could prove vital for future space missions as renewable food would enable astronauts to broaden their scope of space exploration. Providing they have enough fuel of course.

NASA now hopes to repeat their success by attempting to grow tomatoes in 2018. Then all they need to do is to invent a salad dressing that won?t float around when you try to pour it. 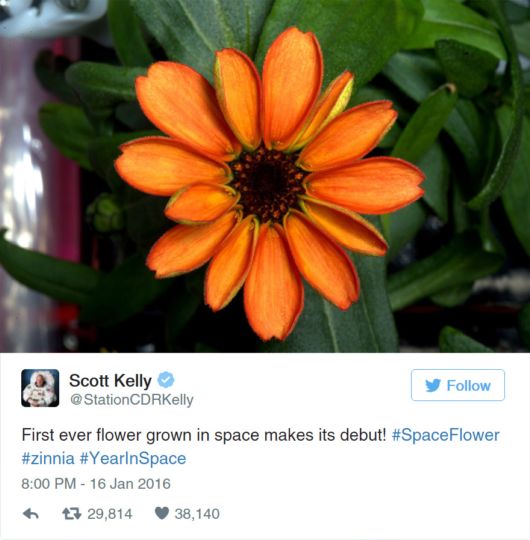 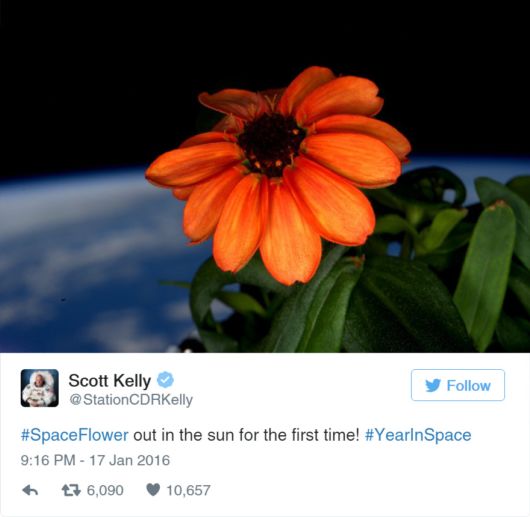