A skin mole (melanocytic nevi) is a permanent or acquired dark spot on the skin. Usually it is part of skin pigmentation and appears on part of the body, where melanocytes form cluster formations. Most often moles are a benign growth of the color cells of the skin (melanocytes) and can even add some charm to the appearance of their owners. However, sometimes moles can cause a serious health risk. 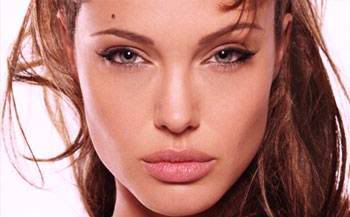 Moles naturally appear in the first year of life and are believed to be the result of a disorder in the development of the fetal cells. Women are prone to having more moles appear on their skin throughout the second or third decade of their life due to sunburns or as a result of pregnancy. The skin mole can range in color from light to dark brown, even black. The size and form can also vary. The single skin mole is referred to in medical terms as a nevus. The nevi (the plural for a nevus) can be in singular clusters or spread on the entire torso, arms and legs. The surface of the moles may be flat or raised. Some will sprout a few hairs, which is normal.

There are several skin mole types. The most common one is the lentigo, which is most often seen in people with dark skin. It is a dark circular mark with the size of a lentil bean and with a slightly elevated surface. Its color can be yellow-brown or dark brown. Usually it doesn?t sprout any hair.

Another type of skin mole is the cellular. It is a raised hemispherical formation, which is soft to touch with smooth or with a furrow pattern. The color can be the same as the skin, grayish or dark purple. The size can vary from that of a lentil bean to a cherry. This type of mole usually appears on the face and torso.

The blue nevus is a variant of a common mole. It appears mostly on the face in the shape of small lentil-like ganglions, which have a blue color and can be seen through the skin. The blue nevus is composed of melanocytes, the cells which produce the melanin pigment. This nevus gets its name from the distinct clinical appearance because of the pigmented cells within the dermis. It is benign and is usually more of a cosmetic problem.

The charm of the skin mole

Is a mole really a charm for luck, money and happiness – I don?t know – but in all cases a skin mole (especially on the face) can add some charm to the appearance of its owner. The rich and famous women are a living proof: Angelina Jolie has a mole right above her right eyebrow, Beyonce Knowles – next to her left eye, Cindy Crawford – left of her lips, Madonna – under her nostrils, Julia Roberts – under each one of her eyes, Scarlet Johanson – on her right cheek, Kim Cattrall – left below her lips and so on?

When does the skin mole pose a threat?

Skin moles can become a serious health problem if they turn into a malignant formation, known as melanoma. Although an individual?s risk for developing melanoma depends a great deal on their family history and inherited genes, the extreme exposure to ultraviolet (UVA) rays is one of the major contributors to the development of melanoma. The severe sunburns during childhood are the most risky ones.

The uncontrolled growth of the melanocytes leads to the formation of many cancerous cells that divide repeatedly at abnormal rates. They appear on the skin?s surface as dark brown or black flat moles. These should be observed carefully as the basic symptoms they can show are: bleeding, irregular form, change in size or color, itchiness or painfulness. Changes in a skin mole or multiple moles warrant immediate attention by a dermatologist.

Applying sun cream with a high UVA factor every time you expose parts of your body to the sun is strongly recommended as prophylactics.

In extremely rare cases the lentigo can develop as a malignant formation. The signs are enlargements of the mole and black coloration. Small circular marks appear around the mole and the skin becomes inflame. This is why moles should be avoided while shaving and they shouldn?t be scratched, hit or picked at.

If you have a skin mole that meets any of the following criteria – change in size or form, irregular outlines, bleeding, irregular pigmentation or other unusual symptoms – the removal of that mole is mandatory.
Of course, you should always consult with a specialist who will determine whether the mole can be removed with a cut or if a more substantial surgical intervention will be needed.

Despite the fact that it is a widespread belief that the removal of skin moles is dangerous, this is not true at all. Their removal, if performed right, makes the skin smoother, cleaner and decreases the risk of irritations.

If a particular skin mole is causing you discomfort or you simply dislike it don?t hesitate to remove it. At the same time, emphasize the beauty marks you like by covering them with an eye pencil to make your individual beauty shine!