I think it’s a pretty good bet that the two scariest words for any cell phone user are "low battery". Apart from getting it wet, getting a low power warning is the worst thing that can happen to your smartphone, and most of us are constantly aware of how our battery is doing and if it needs to be charged.

There are many misleading myths that evolved over time about charging your phone, and most of them are completely wrong. These myths are not only false but can actually do more harm than good, and reduce the total life span of your battery. So for those of us who want to keep our phone battery charged as long as possible, these are the myths you should avoid. 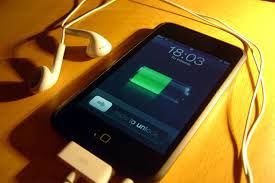 Truth: While not optimal, off-brand chargers are still fine for recharging your phone and will not have a significant influence on your battery’s life span. What you should be avoiding are real-brand imitations. Charging you phone with one of these will barely get the job done, reduce your battery’s maximum charge and endanger its ability to function.

Myth: Don’t use your phone while it charges.

Truth: Using the phone while it’s plugged in to the charger will notdecrease the effectiveness of the charge. The origin of this myth is linked to cases in which people used low quality knock offs. When using a sketchy charger all sorts of bad things can happen to your phone, but as mentioned before you don?t want to be using them anyway. If you’re using the manufacturer approved charger and battery, you should be fine using it anytime you want.

Truth: Our phones today are smarter than they used to be, when in full capacity they automatically know they should stop charging. However, that doesn’t mean you should have your phone plugged in to the charger all the time. The optimal time to charge your phone in order to keep the battery going for as long as possible is between 40% and 80%.

Myth: Never turn off your phone.

Truth: This myth was true in past generations of smartphones and rechargeable electronic devices, but today it’s completely wrong. Most modern phones use lithium-ion batteries and if you constantly let them drain to 0%, they become unstable. It is much better to charge your phone every day when it’s between 40% and 80% power.

Myth: Always charge a new phone before using it.

Truth: Almost every new phone comes with instructions to fully charge if before you start using it but it’s mostly unnecessary. Since most modern batteries are best stored at about 40%, almost every manufacturer sends their phones out with at least half a charge. This means that if you buy a new phone and it does not have a 40% charge when you turn it on, its most likely because the battery is very old. If this is the case, you should ask for a different one as it will likely last you longer than one that has either been used before, or has been sitting idle for a really long time with no use.

Myth: You can always use rechargeable batteries.

Truth: This one is a bit more misleading than false, but it’s still important to know that most batteries do have a limited life span of full discharge cycles. Each cycle starts when your device has used 100% of its capacity. This means that if you charge your phone today from 50% to full and do the same tomorrow, that?s a full discharge cycle. Once you go above the amount of full cycles your battery is capable of it will start to lose capacity to store power.

So yes, you can keep on using your battery for a very long time, but once the official "life span" is over, you’ll have to be very mindful of how you use it. Hopefully it will only happen once, when you want to upgrade your device.

As a general rule heat and technology don’t go hand-in-hand. Lithium-ion batteries get hotter when they are being charged. Now while it’s also a really bad idea to put your phone in the fridge, you should always be mindful of where you place your phone, especially when charging it. Never charge it under direct sunlight or next to other hot electronics like a laptop or a working oven. This may not only damage your battery but also the phone itself. 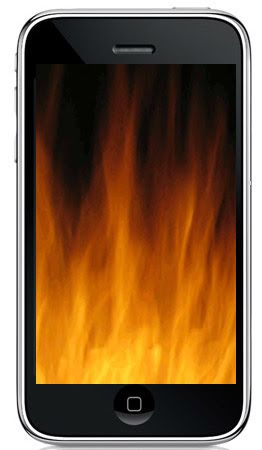