In our modernized, mechanized age of warfare, where decisions are made by civilians, officers far from any line of combat, congressional committees, and unknown military strategists in committee, an army is a faceless thing. For the last six decades, the idea of massed armies doing battle has been considered a curiosity of the past, and warfare is often viewed more as an endemic state of some sort rather than a series of events.

Once, however, responsibility and consequence were not so diffused. Brilliant strategic, tactical, and logistical minds had immediate and total control of large armies, and those armies became victorious or defeated because of one man?s ability. In our attempt to survey the great generals of history, we must limit ourselves, or at least agree to common terms. For the purposes of this list, those eligible for inclusion must have been field commanders, with undeniable autonomy in their battles; no armchair generals or errand boys here. 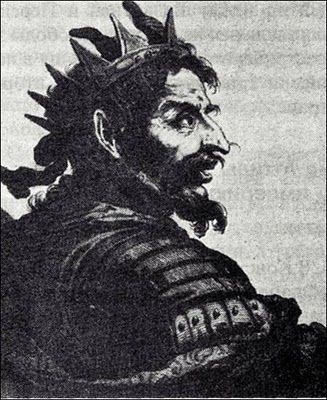 Leader of the Hunnish empire that stretched from the borders of modern day France to the steppes of Russia, this thorn in the side of both Roman and Byzantine empires assembled a massive force of all the tribes and nations traditionally viewed as provincial savages ? Huns, Goths, Ostrogoths, Vandals, and many more, and nearly conquered mainland Europe. In the template of other ?barbarian? conquerors to come after him, like Genghis Khan, he showed the lie of assumed Western superiority; and whenever your enemies names you ?the Scourge of God?, you can assume you?ve proved yourself a respected threat. More images after the break… 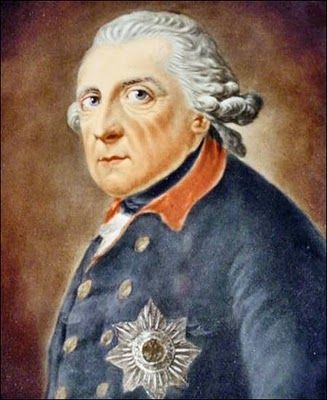 Frederick II of Prussia was a student of modern warfare, and later its guiding voice in the late 18th century. He modernized the army of his disjointed pseudo-German kingdom, and fought continuous wars against Austria, the dominating power of the Holy Roman Empire at the time. Known for both his books and treatises on warfare, as well as leading troops into battle personally (he had six horses shot from under him), Frederick was a force to be reckoned with 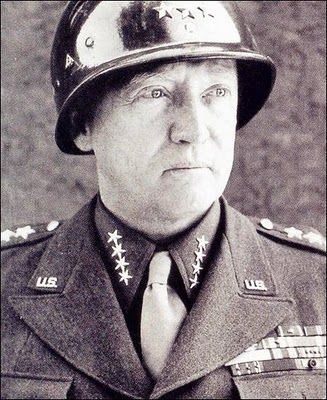 The most controversial figure of the Allied forces in WWII, Patton himself may have believed himself to be reincarnated from more ancient warriors, carrying their bravery and experience into his battles. A promising early career helping Pershing hunt Pancho Villa jumpstarted Patton into the armored corps, where he became a mentor to Eisenhower (later promoted over his head). In WWII, he gladly used the Germans? blitzkrieg against them, using the maneuverability of American armored units to out maneuver German lines and gaining large amounts of ground over short periods of time. His infamous incidents, including troops under his command executing more than one massacre, and Patton?s slapping of a supposedly cowardly soldier in a field hospital, contributed to his decline, but more than anyone else, he led the Allies to victory in Europe. 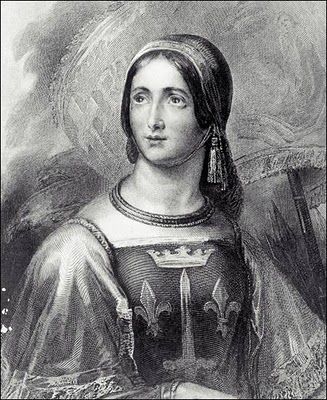 The maid of Orleans is the only commander on this list to have had to share command in even her finest moments of victory, but as she is also the only woman, one feels an exception is in order. A French peasant girl who claimed visions from God, she traveled to Charles II, the French king losing the war to the English. Though she was hampered by skepticism at first, Joan influenced several important French victories, leading charges personally, and inspiring French troops to renewed fervor. Tried and executed by an English court for witchcraft, she was later exonerated, beatified, and made the patron saint of France 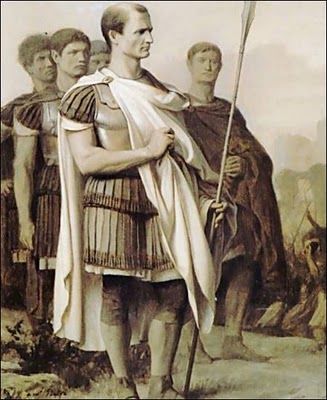 The famed consul of Rome was perhaps the ablest of the late Republic?s military leaders, vying with his co-consul, Pompey for glory in subjugating territory to Rome?s expansionist will. His campaign against the Gauls is still required reading in many military academies, and his defeat of Pompey nearly granted him the kingship of firmly republican Rome. The political and personal treachery that ended his life and provided the opportunity for his nephew, Octavian, to become emperor, is legendary, but Caesar?s successes were more reliant on the loyalty and victory of his armies than political maneuvering. 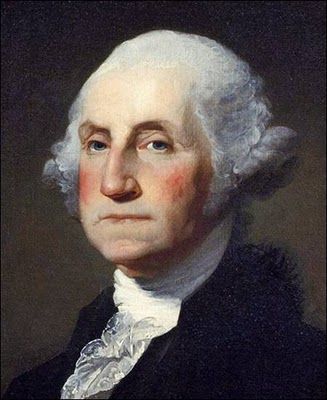 Washington was the pivotal, and probably most successful, leader of the American revolutionary forces vying for independence from the British Empire. Though ably assisted by several subordinates (including Benedict Arnold, whose military acumen has been overshadowed by his famous betrayal), Washington proved the uniting force of the Continental Army, leading it to victory at Trenton and Yorktown, and holding the piecemeal forces together in the hard winter at Valley Forge. Being elected President twice without serious opposition seemed the least Americans could do for their war leader 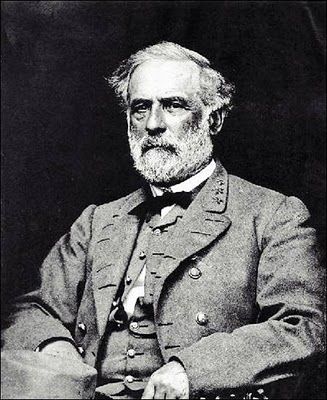 Lee, perhaps the most successful commander in history against numerically and materially superior forces, was the gentle genius in charge of the Army of Northern Virginia and most Confederate forces during the Civil War. He developed a reputation of near omniscience among both enemies and allies, and soundly thrashed Union forces soundly on numerous occasions. His losses, few as they were, were generally more devastating to his opponents than himself, and Ulysses S. Grant, the only general to successfully corner Lee, was forced to adopt a strategy of attrition, rather than any attempt to outfight Lee. 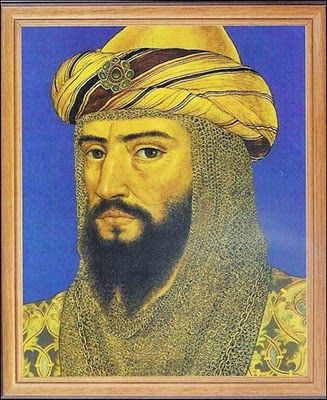 Saladin, as he is known in our language, was the most outstanding leader of the Crusades, hampering the fledgling crusader states and European invasions with equal aplomb. Known for his calm and rationality, his lack of fanaticism, and his respect for his opponents, he conquered Syria, Egypt, and most of modern day Israel steadily and without great difficulty. He was enormously respected by nearly all of his rivals, and maintained an epistolary friendship with Richard the Lionheart, sending him gifts, horses, and his own physician. 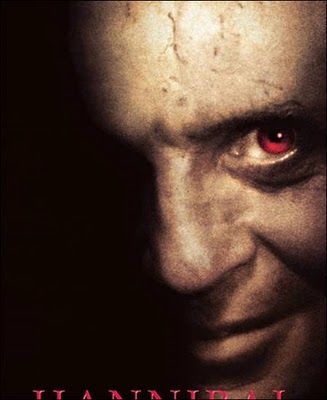 The most feared opponent Rome ever faced, this Carthaginian general was raised to the task of defeating the Romans from early childhood by his father, Hasdrubal. Hannibal abandoned previous Carthaginian tactics of passive naval superiority, and marched a force on elephants over the Italian Alps. Defeating the Romans at nearly every battle he fought, he made a Roman general, Quintus Fabius Maximus, famous merely for being able to delay Hannibal?s advance without enormous loss of life (Fabius was granted the title ?Cunctator?, or delayer, by the Roman senate). At Cannae, Hannibal?s forces, cobbled together and suffering from losses, routed an enormous Roman army, killing or capturing upwards of fifty thousand enemies. Eventually defeated by Scipio Africanus and deserted by his government, he remained a scourge the Romans invoked to justify razing Carthage. 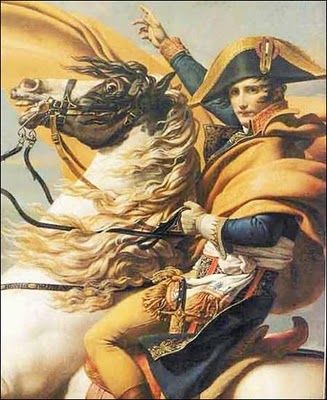 Born a Corsican, Napoleon became by far the most able general of the modern age, rising from obscurity during the Revolution to Consul and Emperor of the French Empire which spanned from Madrid to Moscow and from Oslo to Cairo. Originally an artilleryman, he led campaigns that conquered the Italian States, Austria, Egypt, Prussia, Spain, the Netherlands, Swedish Pomerania, parts of the Caribbean, and large swathes of Russia. Leading brilliant campaigns, using concentrated force in lightning strikes on the field, developing independent and complete army corps (a system still modeled today), installing puppet rulers, conscripting troops from each nation he subdued, and inspiring a host of marshals who were all able tacticians themselves (Murat, Massena, Bernadotte, Ney, and many others), Napoleon revolutionized warfare. No less than four international alliances of powers were required to bring his empire to its knees, and without the simultaneous pressure or Russian winter, British naval domination, Spanish guerillas, and Wellington?s stolid and unbreakable Anglo-Spanish-Portuguese Army, very likely Bonaparte would have sat astride the his European conquests for years to come.

Sadly, this list cannot be exhaustive; our knowledge comes to us through dubious historians, and a mythos that may deny some great leaders their due. Notables who missed the top ten by a hair: Alexander the Great, who conquered most of Southeastern Europe, Asia Minor, and large parts of India in a single sweeping campaign, before dying in tears that ?there were no more worlds to conquer?; Genghis Khan, whose horde took most of China and Russia; Charlemagne, the first Holy Roman Emperor, who took Western Europe in the late Dark Ages, defeating native tribes, isolated kingdoms, and Moorish conquerors alike; and of course, contemporaries and rivals of those in the top ten. Wellington, Jackson, Pericles, Leonidas, Grant, Pompey, Garibaldi, and Tokugawa all played their roles, and should not be underestimated lightly. But the ten we have inscribed are perhaps the most iconic, representative, and beloved (or feared) of conquerors, a breed of men that knew the direst times of human history, and thrived in them. We shall not see their like again.