Trivia Fact 1
No one knows the actual birthday of Shakespeare!

Trivia Fact 2
Anne Hathaway was eight years older than Shakespeare
and three months pregnant when they got married!

Trivia Fact 4
Shakespeare’s Father, John was a money lender!
He was accused in the Exchequer Courtof Usury for
lending money at the inflated rate of 20% and 25% Interest!

Trivia Fact 5
William Arden, a relative of Shakespeare’s mother Mary Arden, was arrested for
plottingagainst Queen Elizabeth I, imprisoned in the Tower of London and executed!

Trivia Fact 7
Shakespeare never published any of his plays!

Trivia Fact 8
Shakespeare and the Globe Actors were implicated in the Essex Rebellion of 1601! 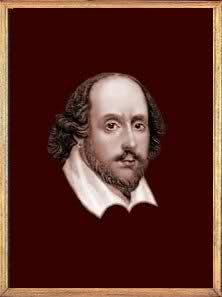