If you?ve got a pet, you know how much love they give without asking for anything in return. They become family members. More than that, scientific studies consistently show that having a pet keeps you healthier and calmer. However, our animal companions are unable to speak, so they can?t tell us when they?re not feeling well. This is where us owners need to pay attention because our pets do tell us; they just use body language.

Cats tend to hide when sick, so more often than not owners only realize how sick their cats are when they?re in a serious condition. This does not imply that they are neglectful owners, but rather that their feline friends were hiding their ailment. Here are the top 10 signs your cat might be sick:

As in humans, bad breath can indicate gingivitis or gum disease in cats. If a cat?s breath smells like ammonia, it could indicate a kidney disease. 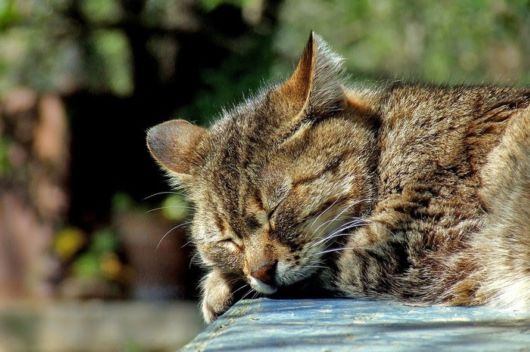 If you have an active cat that suddenly prefers to sleep all the time, it might be trying to tell you it?s sick. The same goes for the opposite situation ? your calm, sleepy kitty suddenly patrols the house through all hours of the night, meowing its (and your) head off. Consider taking your cat to the vet for a checkup.

When a typically social cat becomes reclusive and antisocial, there?s a good chance it?s sick. When cats feel bad, they want to get away from everyone else.

If your cat?s losing a lot of weight, it might have a thyroid disease or even cancer. If it?s suddenly gaining weight or its stomach starts growing bigger, it can indicate a slew of ailments. Furthermore, obesity in cats can lead to arthritis and heart diseases. 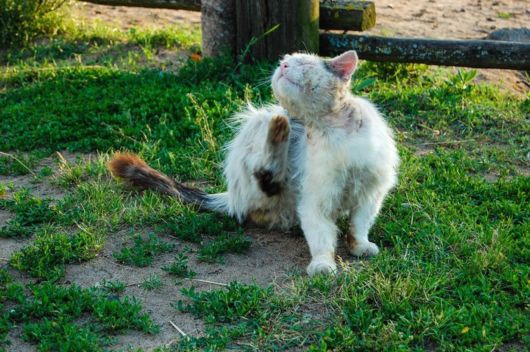 Is your cat suddenly neglecting itself? Is its fur lackluster, dirty or greasy? This can indicate a skin condition, as well as a few other potential illnesses. Alternatively, cats with skin parasites tend to overgroom, which results in bald patches.

6. A change in appetite

A significant change in your cat?s appetite, be it voracity or apathy to food, is a warning sign. There are quite a few different diseases that cause overeating, as well as a lack of appetite, so let your vet know as soon as possible.

7. Not using the litter box

This is uncommon. Cats do not like to expose their urine and feces, since it can be used by predators. If your cat suddenly starts doing its business around the house, it can be the result of urinary blockage or infection, so a trip to the vet may be paramount.

If your middle-aged cat suddenly becomes much more active, it may feel like it got a second wind, but this may also indicate an overactive thyroid. If your happy kitty suddenly seems reluctant to play and move, it might have arthritis or some other issues. 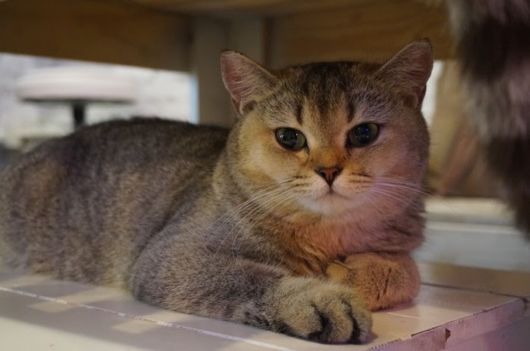 Changing the environment your cat is used to can cause it a great deal of stress. Adding another pet, new noise source (such as renovating), etc. can cause the cat to lose its appetite, hide, or even get depressed. If your cat?s displaying such behaviors, make sure you be as objective and accurate when describing it to your veterinarian.

You may have heard that if your dog?s tail is tucked between its hind legs, it may be sick, and everyone who watched the movie will remember Cujo?s aggression and mindlessness. But a lot of dog owners (and some vets) miss signs of sickness in their dogs. 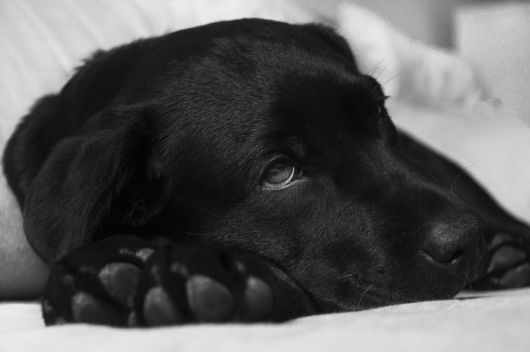 If your dog behaves like it has the flu, it might be suffering from respiratory problems. Other indicators are gasping and struggling to breathe.

If your dog yelps when it urinates, or if its back is hunched, it can indicate a urinary infection or kidney problems. If you notice blood in your dog?s urine, it?s a significant warning sign.

3. Refusing to eat for more than 24 hours

Dogs may refuse to eat from time to time, but they?re generally gluttonous animals, so if your pooch refuses to eat for more than 24 hours, it?s time to call the vet.

The state of your dog?s skin is a good indicator of its health. A dog?s skin should be smooth, and either pink or black. Dogs that display signs of dermatitis and constant itching may be experiencing an allergic reaction, quite possibly to fleabites. 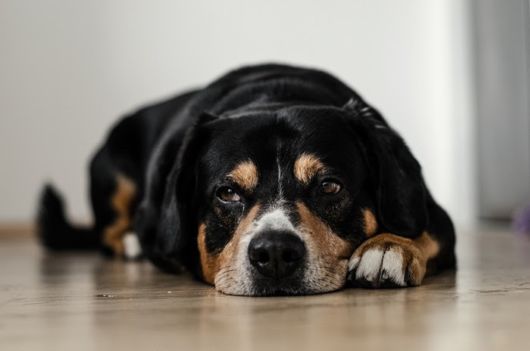 If your happy dog suddenly has no energy, spending time lying down constantly instead of playing around, it may be feeling unwell. If this behavior persists, take your pet to the vet for a checkup.

Especially when combined with bad breath, red and swollen gums are a strong indication of gum disease. In extreme cases, dogs can lose teeth, have a problem chewing, and lose weight because eating hurts them.

Both excessive thirst and constant urination are common indicators of an underlying condition. If combined with any other symptom on this list, head for the veterinarian immediately. 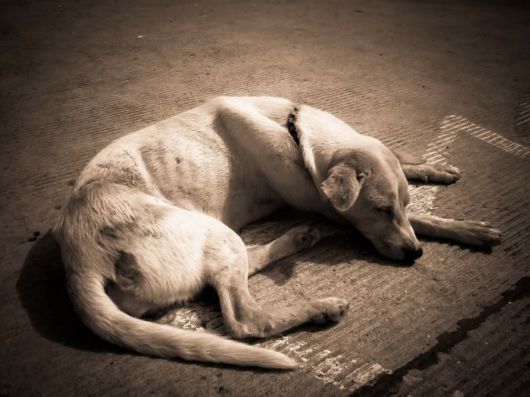 If your dog is losing weight consistently over 2-4 weeks or is slowly losing weight for a prolonged period, it?s often a clear indication of a health problem.

If your dog keeps choking or getting sick when it eats, pay attention. Constant vomiting may indicate an allergy or even worse in older dogs. If your dog keeps coughing, it may be kennel cough, which can become a serious illness.

10. Pushing its head against objects 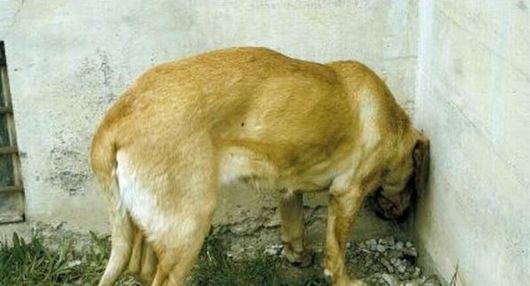 If your dog is constantly standing with its head pressing against the wall or other objects in the house, it?s a warning sign for several dangerous head problems. Take it to the vet immediately.