Can you believe this place in Chile? Imagine doing 10 laps of this pool lengthwise! On a jet-ski maybe. It is 1.3klms long, 800 mtrs wide (8/10 of a mile long by 1/2 mile wide) at its shortest point and varies from ankle depth to 8 mtrs deep. It employs 41 life guards and has lifesaving devices which pop out of the bottom in various locations in case of rescue requirements. Built jointly by Korean/Japanese interests, it’s expected to have a business life scale of 15 years. 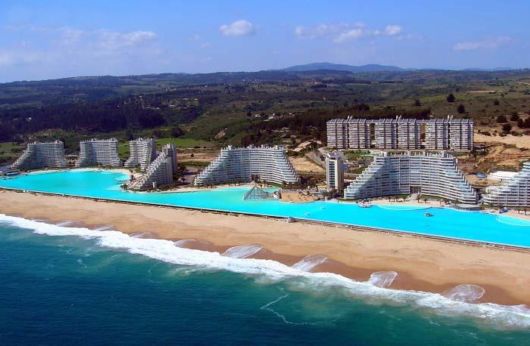 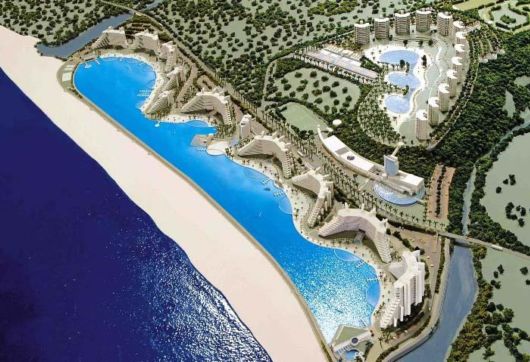 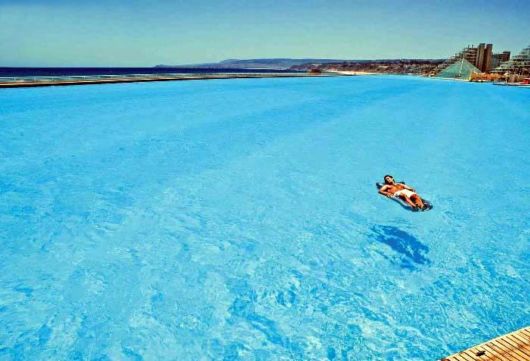 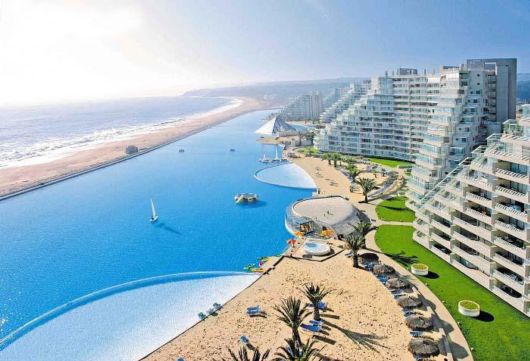 If you like doing laps in the swimming pool, you might want to stock up on the energy drinks before diving in to this one. It is more than 1,000 yards long, covers 20 acres, had a 115ft deep end and holds 66 million gallons of water. Yesterday the Guinness Book of Records named the vast pool beside the sea in Chile as the biggest in the world.

But if you fancy splashing out on one of your own – and you have the space to accommodate it – then beware: This one took five years to build, cost nearly $1 billion and the annual maintenance bill will be $2 million.

The man-made saltwater lagoon has been attracting huge crowds to the San Alfonso del Mar resort at Algarrobo, on Chile ‘s southern coast, since it opened last month.

Its turquoise waters are so crystal clear that you can see the bottom even in the deep end.

It dwarfs the world’s second biggest pool, the Orthlieb – nicknamed the Big Splash – in Morocco , which is a mere 150 yards long and 100 yards wide. An Olympic size pool measures some 50 yards by 25 yards.

Chile ‘s monster pool uses a computer-controlled suction and filtration system to keep fresh seawater in permanent circulation, drawing it in from the ocean at one end and pumping it out at the other.

The sun warms the water to 26c, nine degrees warmer than the adjoining sea.

Chilean biochemist Fernando Fischmann, whose Crystal Lagoons Corporation designed the pool, said advanced engineering meant his company could build “an impressive artificial paradise” even in inhospitable areas. “As long as we have access to unlimited seawater, we can make it work, and it causes no damage to the ocean.” 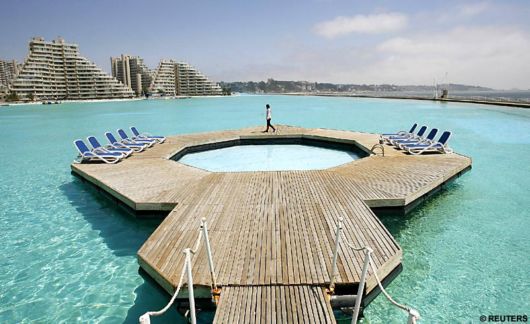 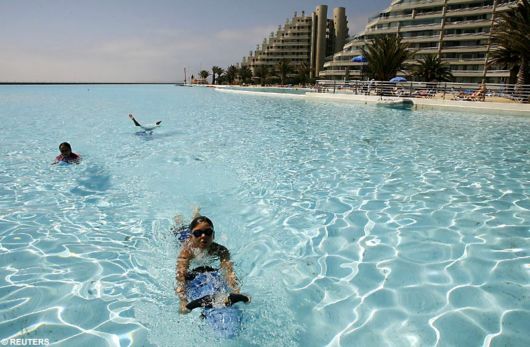 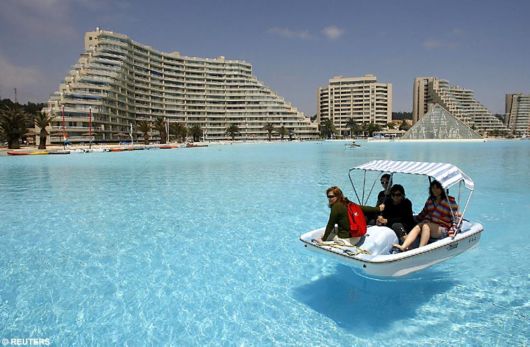 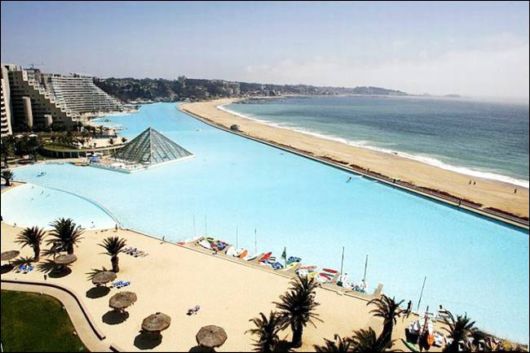 This artificially created lagoon is located in the central coast of Chile and is part of San Alfonso del Mar resort. It is in the Guinness World Records as being the biggest pool in the world. It is 1,000-meter long, 19-acre outdoor pool that utilizes a technology developed by the Chilean company Crystal Lagoons, which uses water pumped from the Pacific Ocean, that is then filtered and treated for supply to the pool. 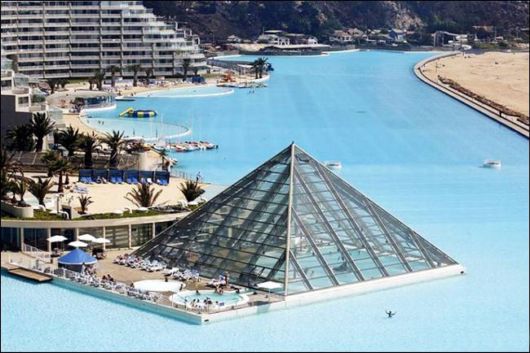 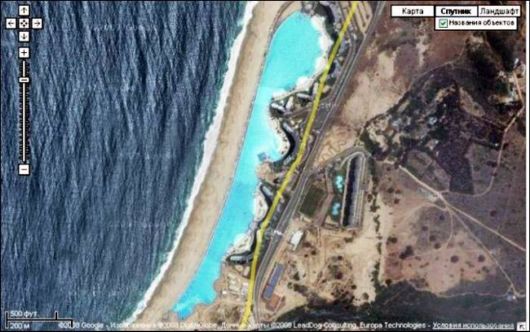 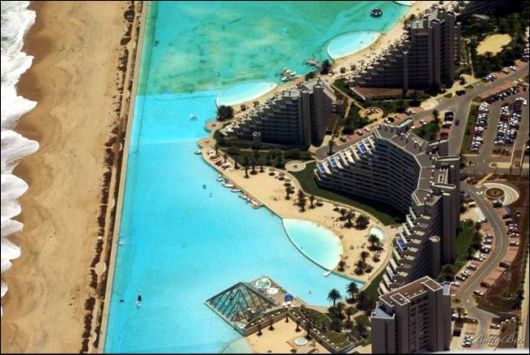 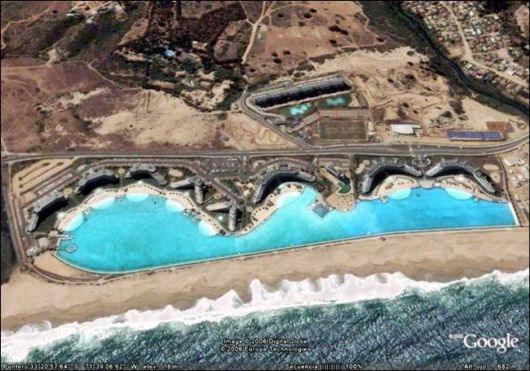 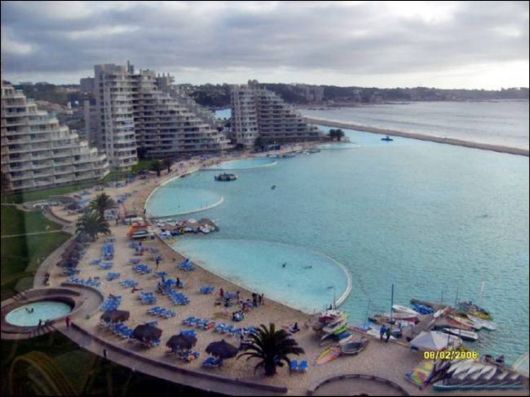 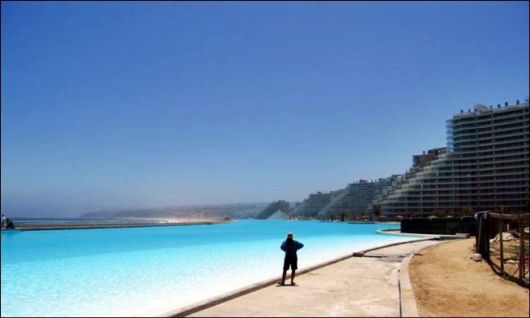 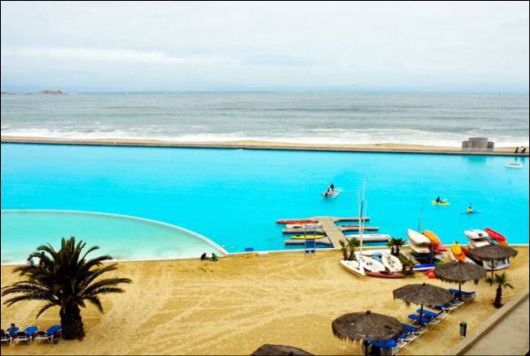 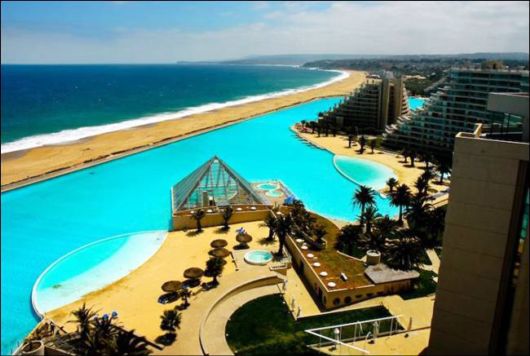 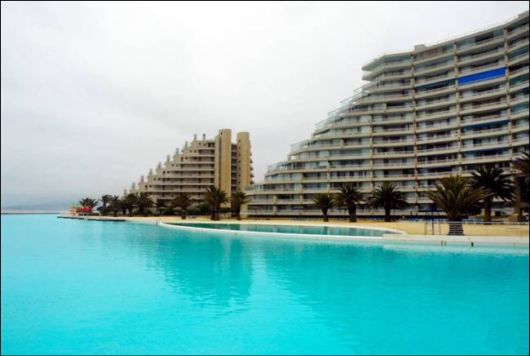 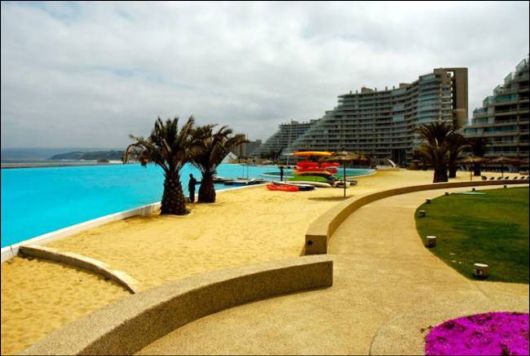 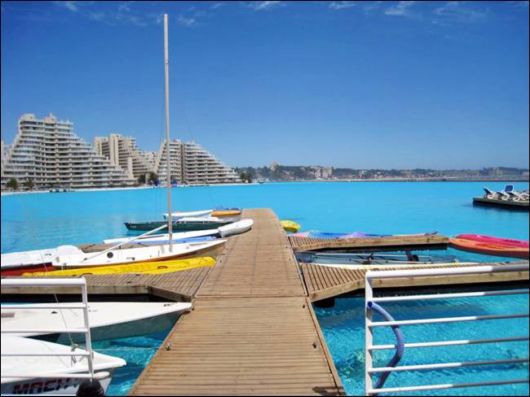 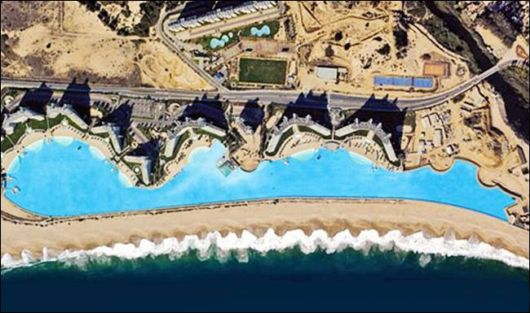 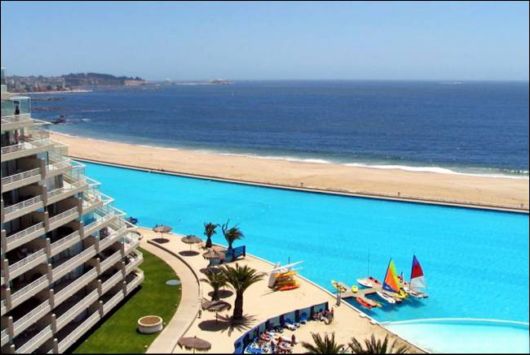 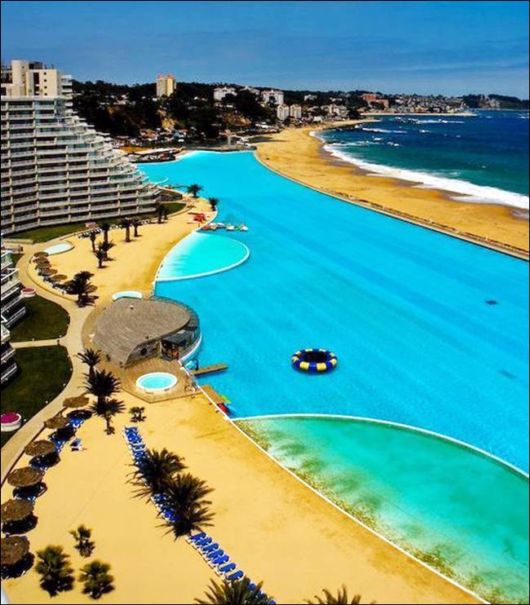