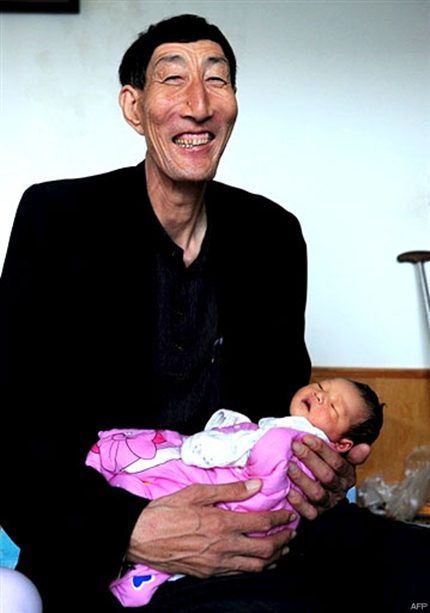 China-society-tallest-Bao,FEATURE by Dan Martin The world’s tallest man, Bao Xishun, 2.36 metres tall, cradles his newborn child Tianyou in his large hands at home in Zunhua in northern China’s Hebei province. The gentle giant, formerly a goatherder from Inner Mongolia, is riding high after an eventful two years in which he lost, then regained his Guiness Book ranking and which saw the world’s most elevated bachelor finally marry and in October become a father.

The world’s tallest man, Bao Xishun, 2.36 metres tall, with his wife Xia Shujun and Tianyou, their newborn baby, at his home in Zunhua. 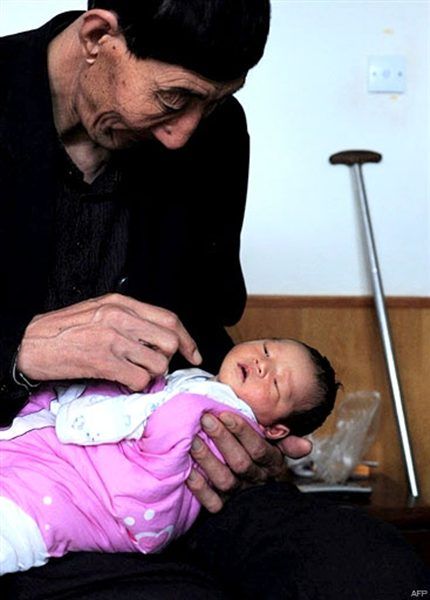 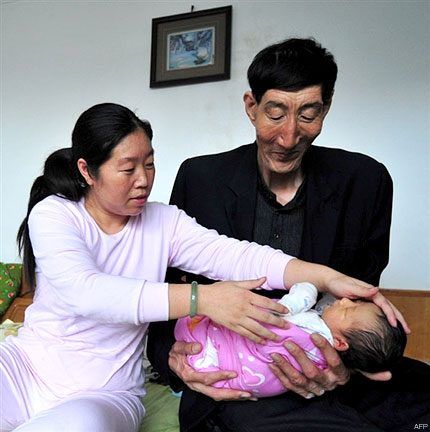 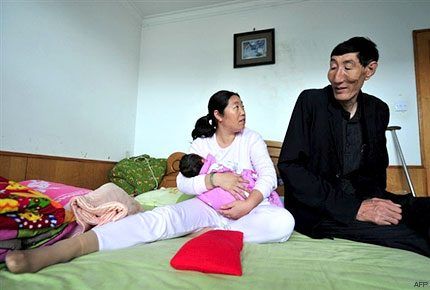 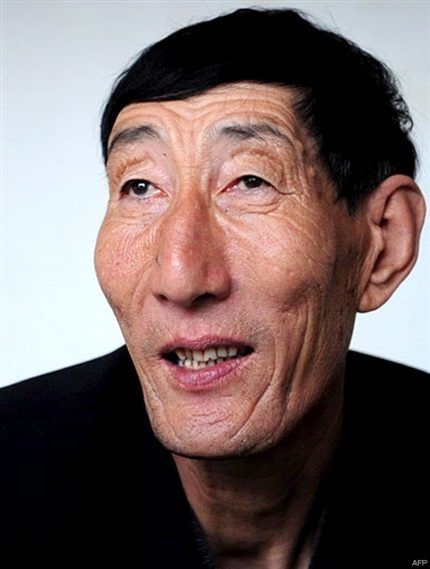 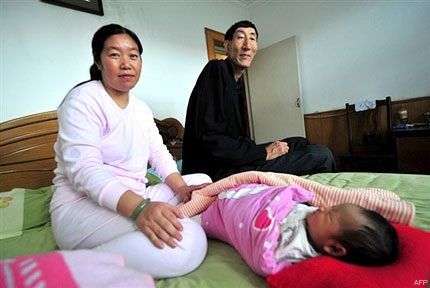