Afghan Girl [1984]
And of course the afghan girl, picture shot by National Geographic photographer Steve McCurry. Sharbat Gula was one of the students in an informal school within the refugee camp; McCurry, rarely given the opportunity to photograph Afghan women, seized the opportunity and captured her image. She was approximately 12 years old at the time. She made it on the cover of National Geographic next year, and her identity was discovered in 1992. 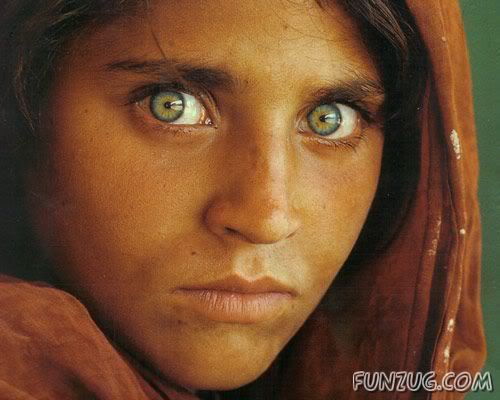 Omayra Sánchez [1985]
Omayra Sánchez was one of the 25,000 victims of the Nevado del Ruiz (Colombia) volcano which erupted on November 14, 1985. The 13-year old had been trapped in water and concrete for 3 days. The picture was taken shortly before she died and it caused controversy due to the photographer’s work and the Colombian government’s inaction in the midst of the tragedy, when it was published worldwide after the young girl’s death. 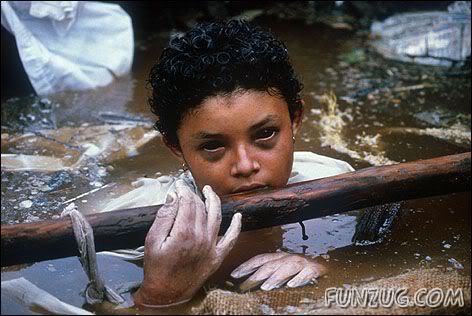 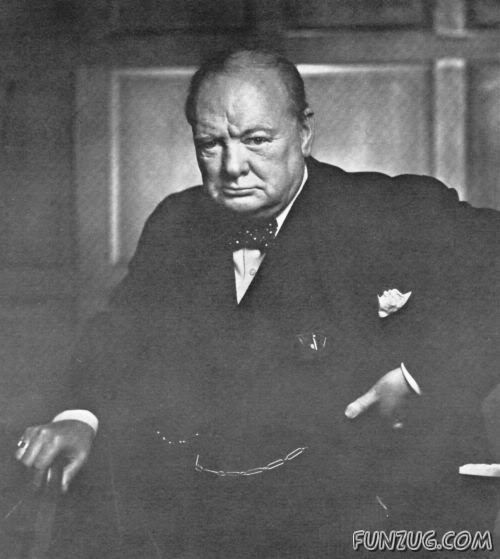 The plight of Kosovo refugees [1999]
The photo is part of The Washington Post’s Pulitzer Prize-winning entry (2000) showing how a Kosovar refugee Agim Shala, 2, is passed through a barbed wire fence into the hands of grandparents at a camp run by United Arab Emirates in Kukes, Albania. The members of the Shala family were reunited here after fleeing the conflict in Kosovo. 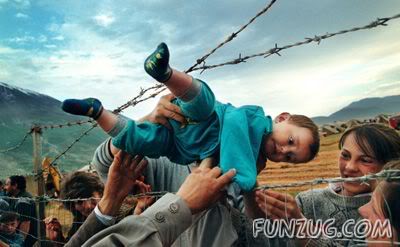 Stricken child crawling towards a food camp [1994]
The photo is the “Pulitzer Prize” winning photo taken in 1994 during the Sudan Famine.
The picture depicts stricken child crawling towards an United Nations food camp, located a kilometer away.
The vulture is waiting for the child to die so that it can eat him. This picture shocked the whole world. No one knows what happened to the child, including the photographer Kevin Carter who
left the place as soon as the photograph was taken.
Three months later he committed suicide due to depression. 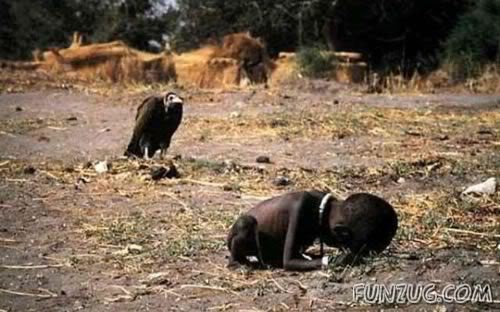 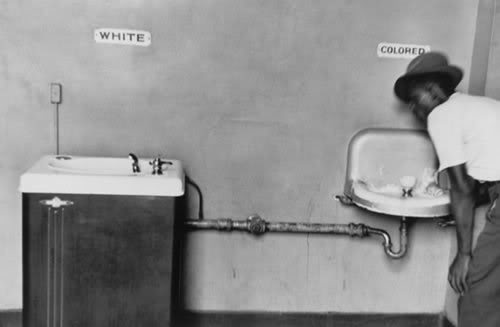 Burning Monk – The Self-Immolation [1963]
June 11, 1963, Thich Quang Duc, a Buddhist monk from Vietnam, burned himself to death at a busy intersection in downtown Saigon to bring attention to the repressive policies of the Catholic Diem regime that controlled the South Vietnamese government at the time. Buddhist monks asked the regime to lift its ban on flying the traditional Buddhist flag, to grant Buddhism the same rights as Catholicism, to stop detaining Buddhists and to give Buddhist monks and nuns the right to practice and spread their religion.
While burning Thich Quang Duc never moved a muscle. 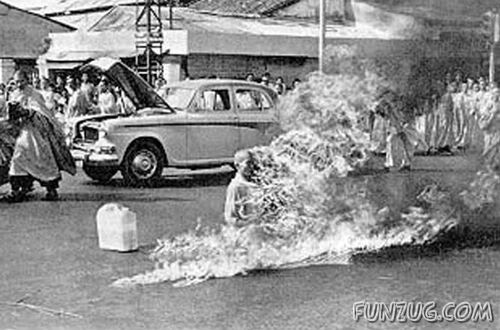 Bliss [~2000]
Bliss is the name of a photograph of a landscape in Napa County, California, east of Sonoma Valley. It contains rolling green hills and a blue sky with stratocumulus and cirrus clouds. The image is used as the default computer wallpaper for the “Luna” theme in Windows XP.
The photograph was taken by the professional photographer Charles O’Rear, a resident of St. Helena in Napa County, for digital-design company HighTurn. O’Rear has also taken photographs of Napa Valley for the May 1979 National Geographic Magazine article Napa, Valley of the Vine.
O’Rear’s photograph inspired Windows XP’s US$ 200 million advertising campaign Yes you can. 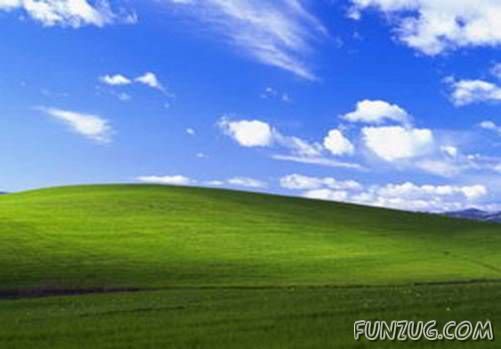 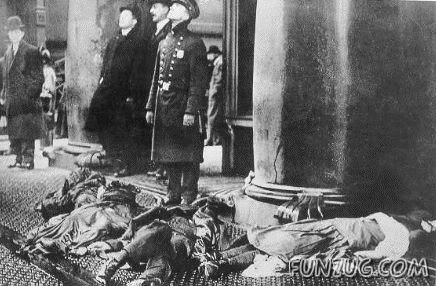 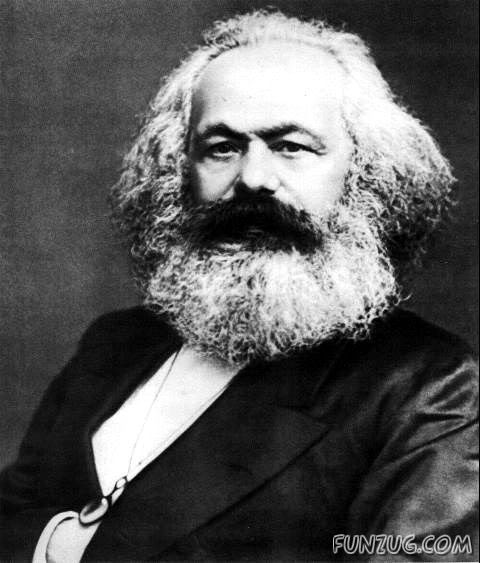