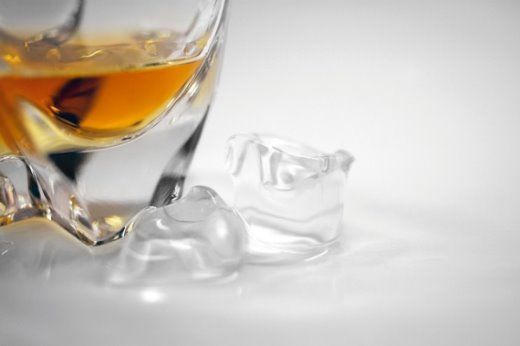 Grain, water, a wooden barrel and a little time. Whisky is a colorful character with an ever-changing spirit. The subject of literature, culture and folklore throughout the world, finicky booze-hounds have long paid a pretty penny for bottles of the most coveted casks. Pour a finger or two and hit the jump to drink in 10 bottles of whisky that truly break the bank. 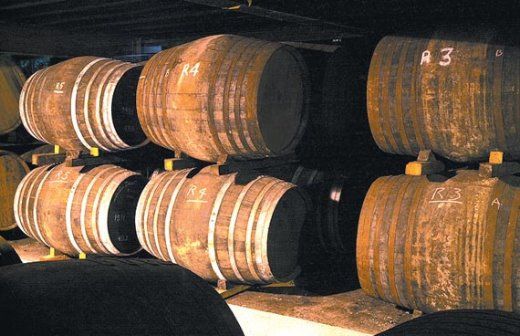 Rounding out the top of the list is the Ladybank Distillery in Edinburgh, Scotland. Only 300 bottles of the rare Single Malt Scotch are bottled each year, and to obtain one ? you have to become a member of the club. The price of admission? ? about $4,700 a year.

This sherry cask Speyside scotch was bottled for Italy in 1962 before it was repackaged for Macallan?s Fine and Rare line of whiskies. The distillery used peat in its kilns because of the scarcity and high price of coal during WWII, the 1947 bottle, so this 15 year old has an earthy quality not present in modern Macallans. 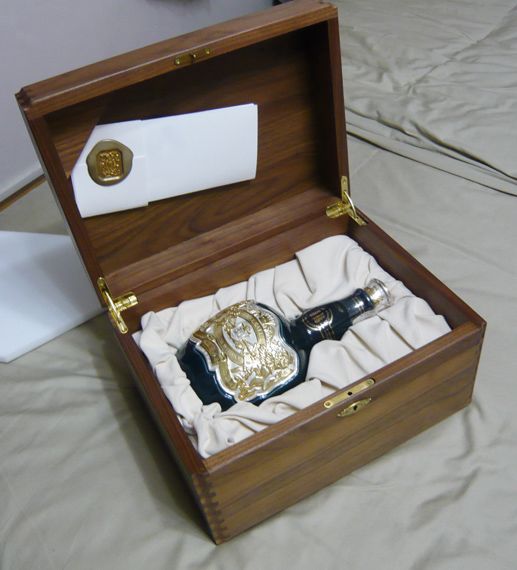 A swill special enough to be packaged for the 1953 coronation of Queen Elizabeth II, the Chivas Regal Royal Salute is a 50 year old Scotch with smoky anise and raisin flavors. Only 255 bottles were made, 10 of which were destined for America, where collectors eagerly poured out $10,000 each. 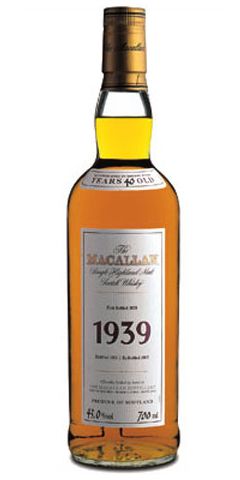 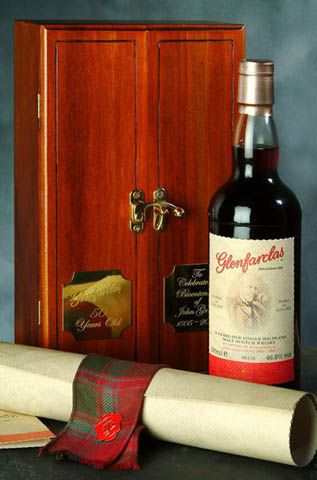 Wealthy tasters are warned to overlook this richly scented 50 year old Speyside at their own ?peril.? Spicy and silky with a sweet start, this is the oldest batch ever bottled by the Glenfarclas distillery. 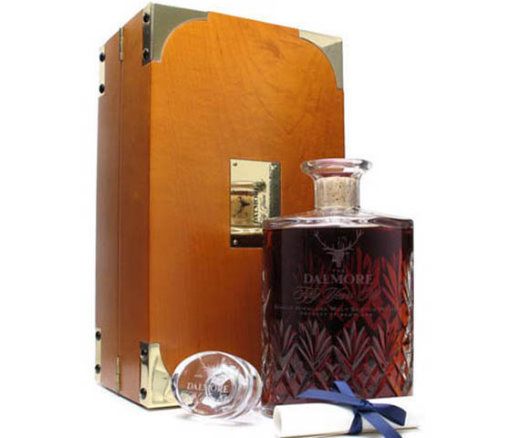 Only 60 crystal-cut bottles of this Highland single malt were produced. Filled in 1978, this dark sherry-aged Dalmore has a reputation for being intense and deeply flavored and is considered by many aficionados among the best 50 year olds in the world. 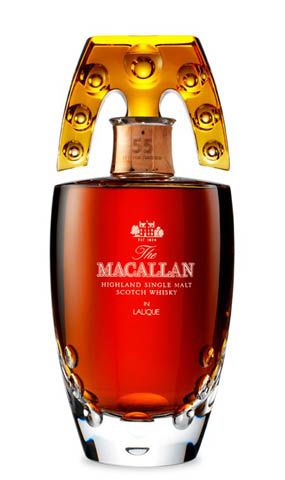 The eye-catching crystal bottle of Macallan?s 55 year old Lalique was based on a 1910 perfume bottle designed by Rene Lalique . Exotic, with hints of peat smoke, the taste is smooth with lingering citrus overtones. 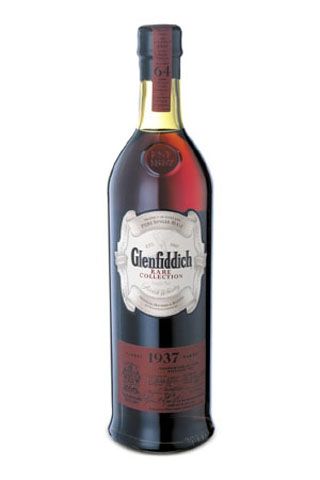 Rare doesn?t describe it. Only one bottle of Glenfiddich?s 1937 Rare Collection was ever produced, and it just might be the oldest bottle of whisky in the world. It was snatched up at a 2006 auction for a bargain $20,000. 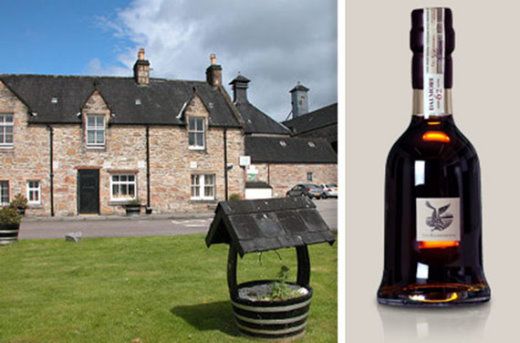 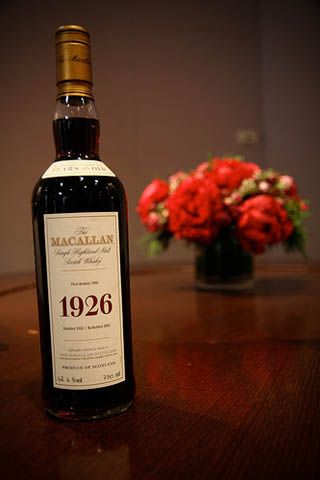 ?Dry and concentrated? ? what else would you expect from one of the most expensive whiskies in the world? Help yourself to a little licorice aftertaste. In 2005, a South Korean businessman paid $70,000 for a bottle of Macallan?s 1926, the finest and rarest of the Fine and Rare.