Thrones, gold seat buckles and a concert hall: Inside the gloriously opulent private jets of the world’s richest including a prince’s ‘flying palace’ and Trump’s $100m plane

For most people, flying is a boring and uncomfortable experience. But in the customized private jets that belong to the ultrarich the possibilities are endless, and it’s astounding to look at.

Each unique jet can be personally designed down to the tiniest luxurious detail for work or play.

Photographer Nick Gleis specializes in picturing such planes. But many of the owners wish to remain anonymous, so around 90 percent of Gleis?s work is never seen by the public.

Well-known names who feature in the photos below include Jackie Chan, Saudi Prince Al-Waleed bin Talal and Donald Trump.

Chan’s plush jet has his name and intertwining dragons emblazoned on the side. Al-Waleed’s has several planes and his ‘flying palace’ includes a concert hall complete with a grand piano. And Donald Trump’s chosen transport has 18 IMAX-level speakers in the cinema room. 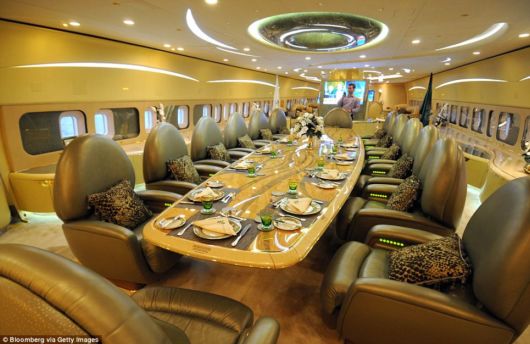 Plush: The dining facilities on board Saudi Prince Al-Waleed bin Talal’s private Boeing 747. The prince owns several planes, one of which includes a concert hall complete with a grand piano 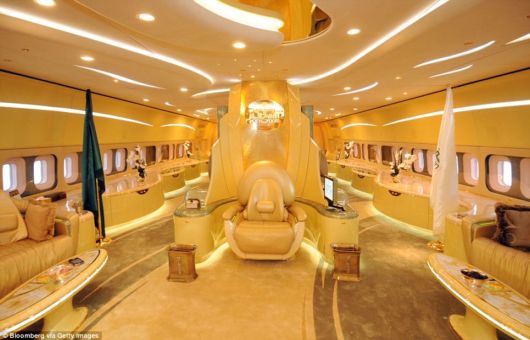 Gold: A comfortable throne sits in the middle of Prince Al-Waleed’s Boeing 747

Collection: The prince has several planes including the smaller A Hawker jet, left, and the Boeing 747. 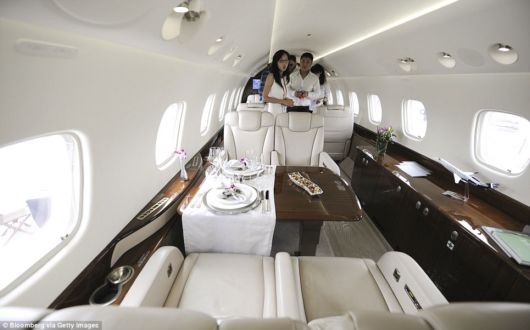 Tranquil: The interior of Jackie Chan’s Embraer SA Legacy 650 jet is designed to be relaxing. The plane transports up to 14 people 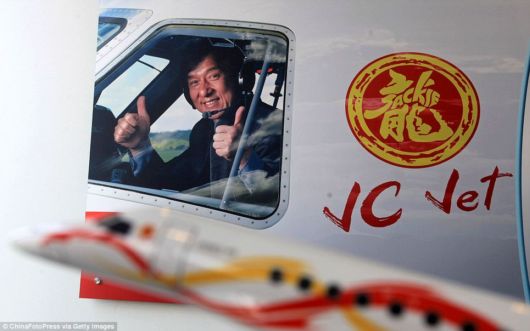 Thumbs up: Jackie Chan’s plane is emblazoned with his name and personal logo 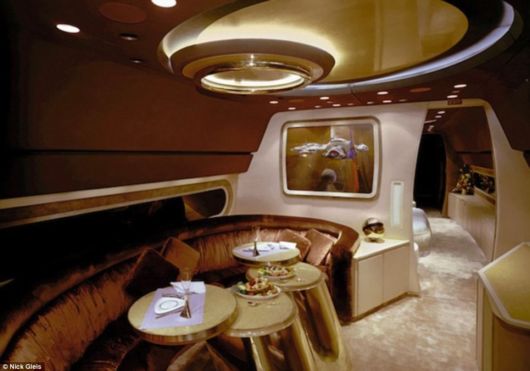 Anonymous: The owners of most private jets like to keep their luxurious travel arrangements out of the public eye 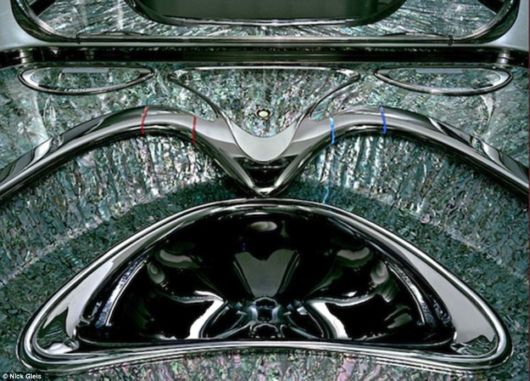 Detail: Every part of a private plane can be customized to the final detail, like this exquisite sink 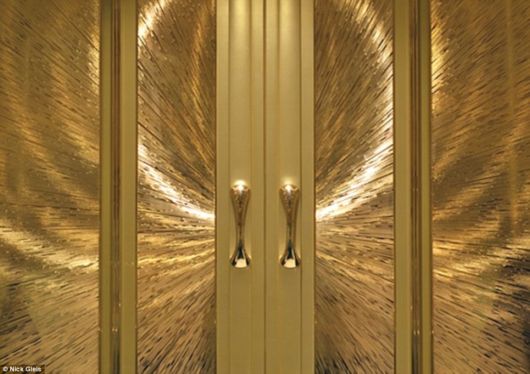 Gleaming: The detail on these doors resemble a luxury home rather than a means of transportation 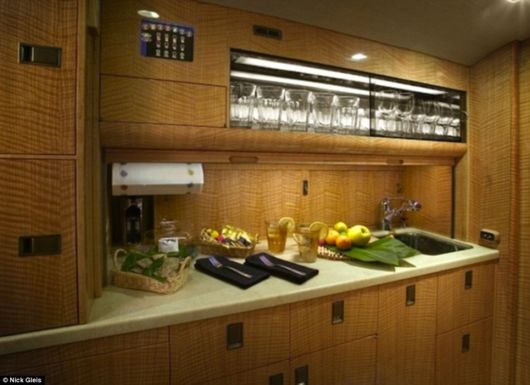 Snacktime: This kitchen could produce a gourmet meal to wile away the hours on a long flight 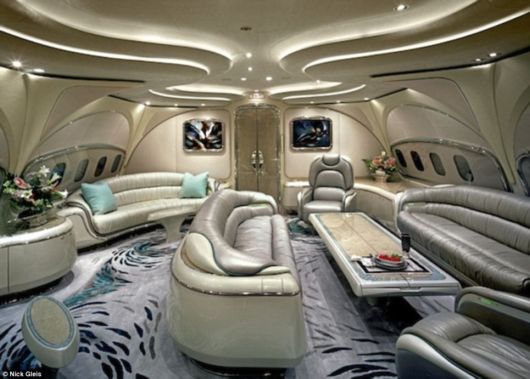 Luxury: The curving lines of this jet disguise the fact you are inside an aircraft 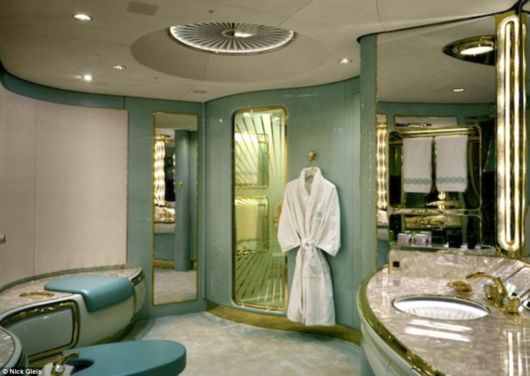 Freshen up? Even large bathrooms are elegantly designed to make a big impression 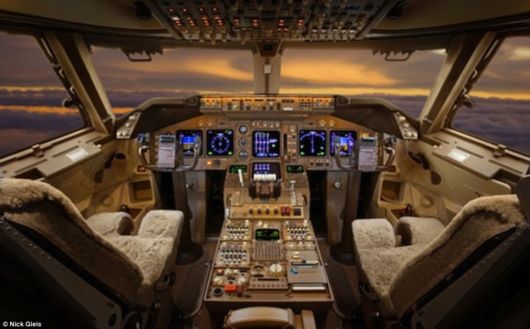 Looking after the staff: On this jet, even the pilots travel in sheepskin luxury 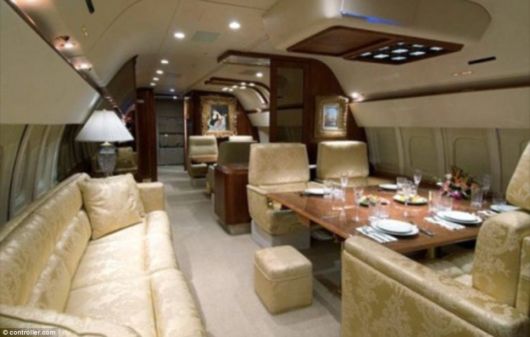 Bespoke: Donald Trump bought his private jet from Microsoft executive Paul Allen for $100 million in 2010 and then he customized it. It includes a cinema room and little extras like gold faucets and seat buckles

Emblazoned: There’s no mistaking that this plane belongs to Donald Trump from the outside 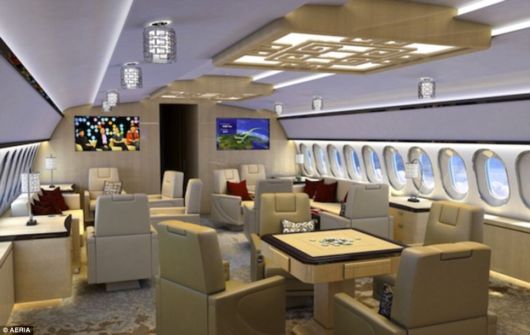 Multi-purpose: Each plane can be configured for work, play or both 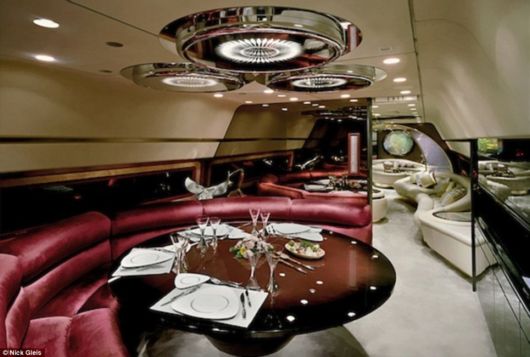 Dine in style: Panels and screens section off different areas of the impressive jets

On the agenda: Why waste time in the air when you can have a boardroom meeting? 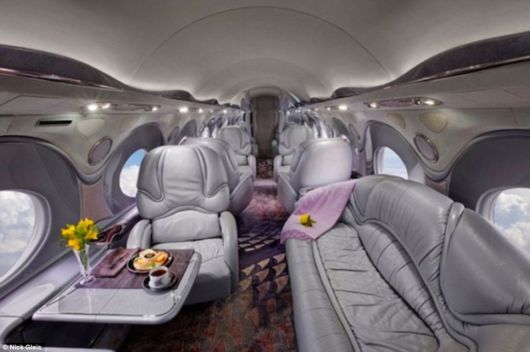 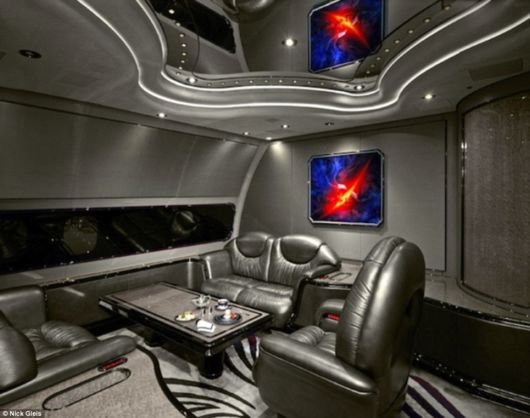 Futuristic: In this plane the mirrored ceiling creates the illusion of a bigger space 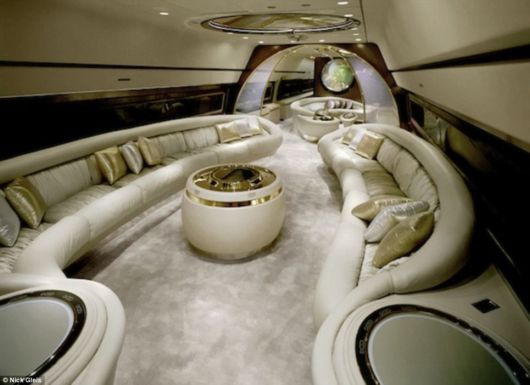 Relaxing: There’s enough space to stretch out on this plane