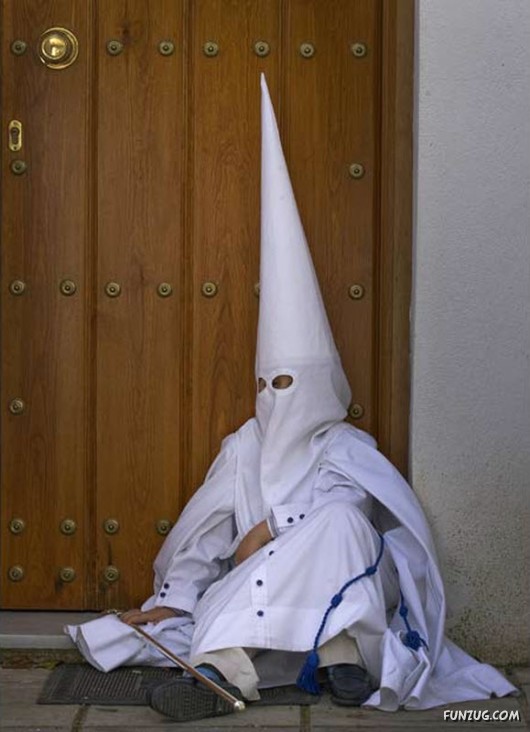 Spain is especially renowned for its Holy Week traditions or Semana Santa. Holy Week, the last week of Lent, which is the week immediately before Easter, sees its most glamorous celebrations in the region of Andalusia, particularly in Seville, while those of Castile see the more sombre and solemn events, typified by Semana Santa at Valladolid.This is a religious holiday. A common feature in Spain is the almost general usage of the nazareno or penitential robe for some of the participants in the processions. This garment consists in a tunic, a hood with conical tip (capirote) used to conceal the face of the wearer, and sometimes a cloak. The exact colors and forms of these robes depend on the particular procession. The robes were widely used in the medieval period for penitents, who could demonstrate their penance while still masking their identity. (These robes intentionally served as the basis for the traditional uniform for members of the Ku Klux Klan in the United States, ironically a very anti-Catholic organization.) These nazarenos carry processional candles or rough-hewn wooden crosses, may walk the city streets barefoot, and, in some places may carry shackles and chains on their feet as penance. In some areas, sections of the participants wear dress freely inspired by the uniforms of the Roman Legion. 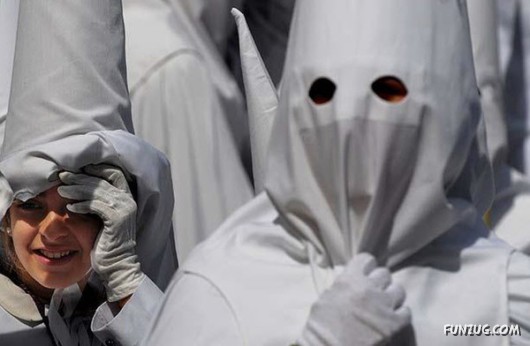 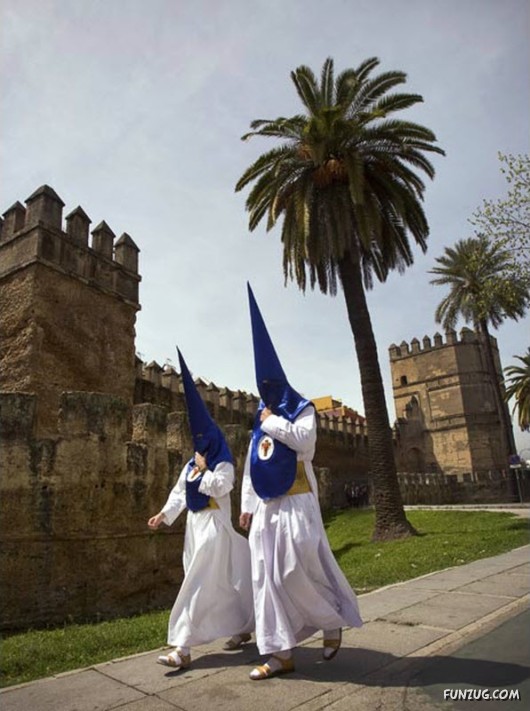 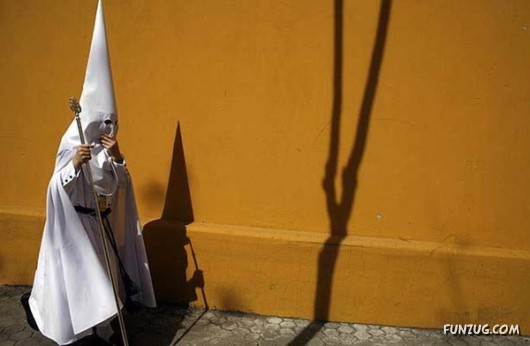 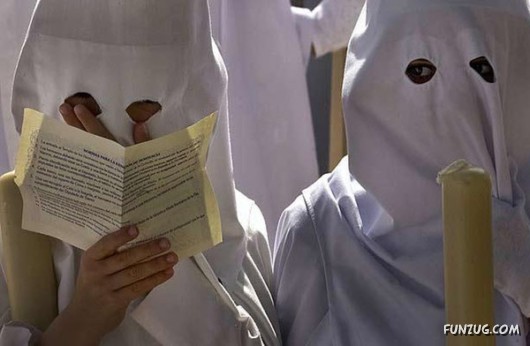 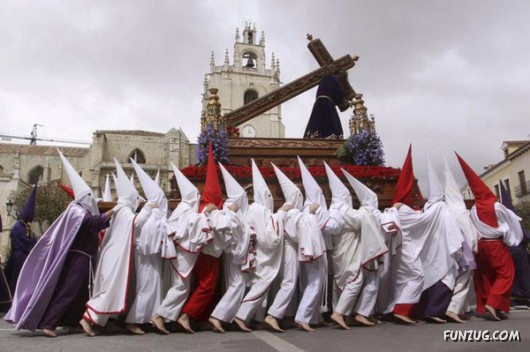 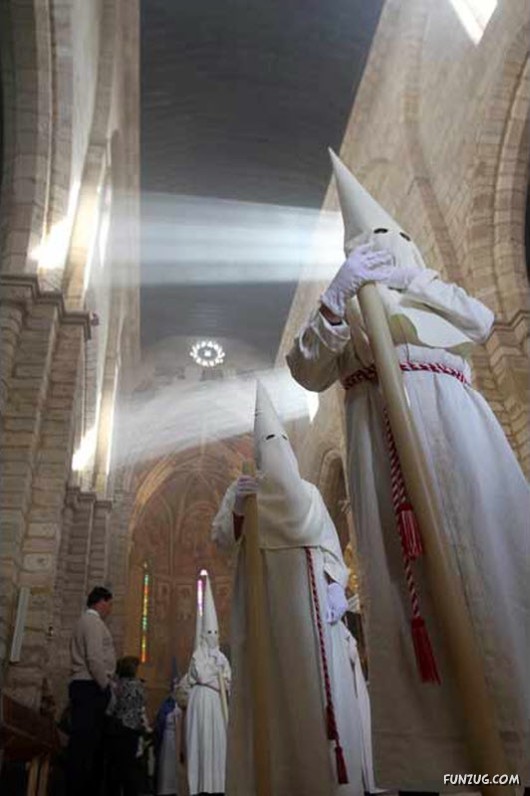 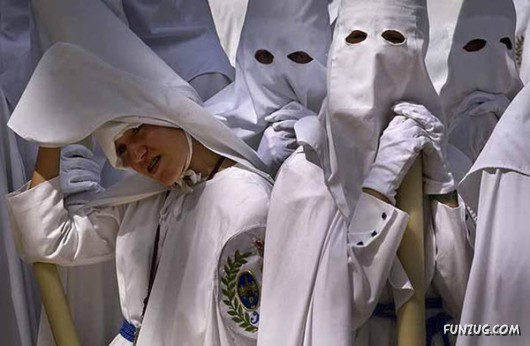 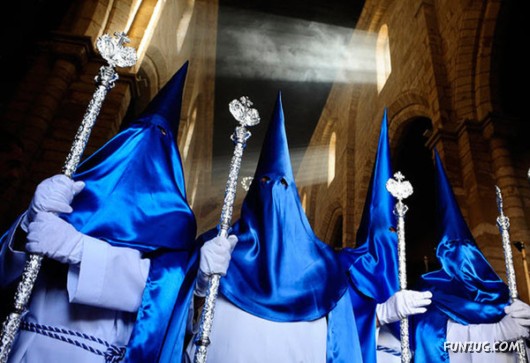 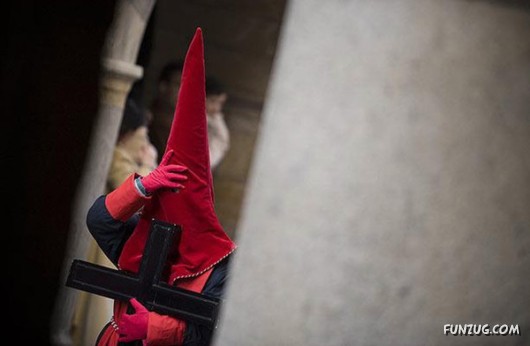