After an absolute majority, BJP government came into power in 2014 and promised a plethora of schemes and developments to make India a stronger nation. From changes in economic policies and ‘Ease of Doing Business’, to surgical strike across Line of Control in Kashmir, BJP has shown that it dares to have ‘Vision’ and temerity to implement that vision for the betterment of the nation. Let’s take a look at their three year report card – 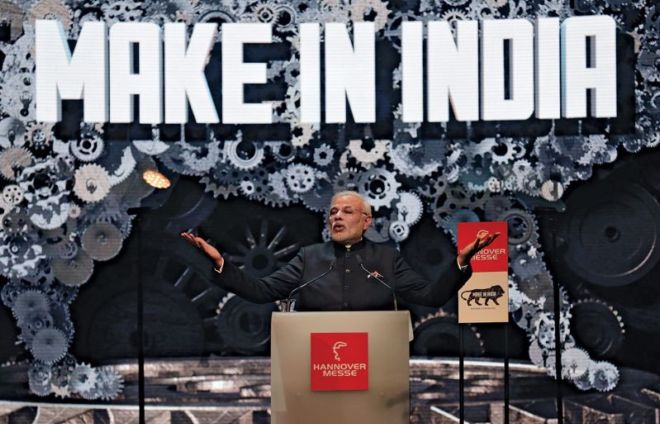 This Endeavour, aimed to create more jobs in India by 2019 and to promote Indian made products, is one of the biggest promoted agenda by the government. This campaign allowed foreign companies to manufacture their products in India, surpassing US and China for Foreign Direct Investment (FDI) in 2015. In Financial year 2016-17, India had received $60 Billion FDI and thereby rose 42 places on “Ease of doing business index”. Except for Defense, Space and News Media, 100% FDI was permitted in all 25 sectors of economy.