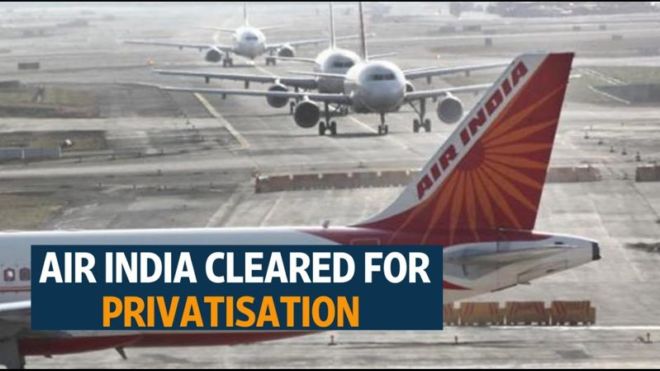 The ailing National Carrier, Air India, which has made huge losses over the years and has an outstanding debt of Rs 51,890 Crore, has been a bone of contention to the BJP government. So the government has initiated strategic disinvestment plans as recommended by NITI Aayog in March 2017. Also, 49% of foreign Direct Investment has been allowed, that means foreign players can chip in with local buyers in a bid to privatize the carrier. There has been a ban on direct recruitment in Air India for non operational staff in order to decrease the surplus sales and ticketing employees.