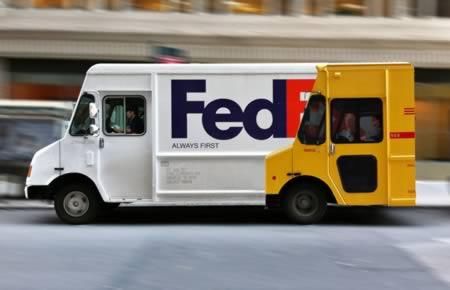 ?FedEx Trucks Are One Step Ahead.? FedEx’s brand is almost entirely dependent on their big white trucks. FedEx knows how iconic their trucks are, and what a great tool they can be for experimental advertising. 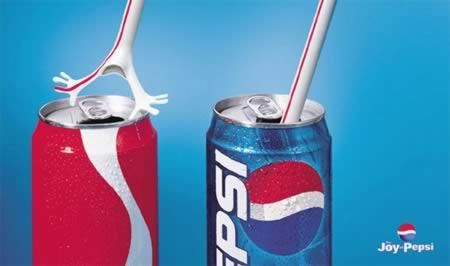 The Joy of Pepsi. Undoubtedly, Pepsi and Coca-Cola are the most successful brands in the world. Introduced in the year 1886 and 1903, respectively, both were rivals to each other trying to dominate the carbonated soft drinks market. Since the very first day, both brands got into a global advertisement war through print ads and video ads, trying to lead each other. 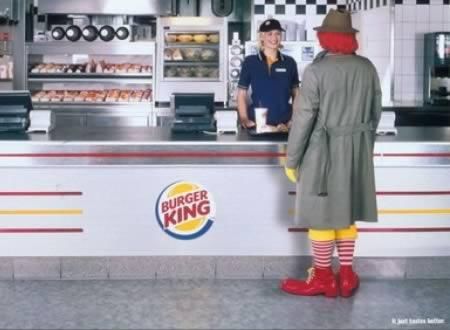 Competitive advertisement is not legal in every country, but in some it is. Here’s a good example which shows the competition between Burger King and McDonalds. Trying to cover his body with a trench coat, Ronald McDonald prefers to go to Burger King. 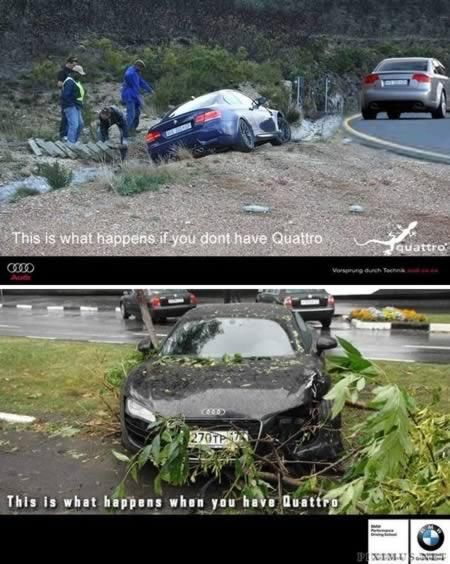 There are small ?wars? going on here and there in the advertising world as companies try to appeal their perspectives to the consumers by directly referencing their competitors. It is no surprise that the car brands are referencing each other in advertisements, since they exist in a fiercely competitive market where an edge in anything, whether it is engine, appearance, or name values, could directly affect the sales of that car.

Bearing the tagline, ?This is what happens if you don’t have Quattro,? the ad aims at the new BMW M3 and wants to show that the RS4 is better.

The second photo is just a joke, but it could be a nice strike back. 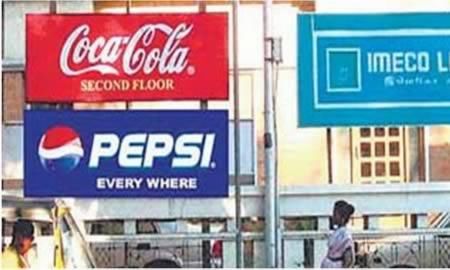 Another example of the soft drink war. 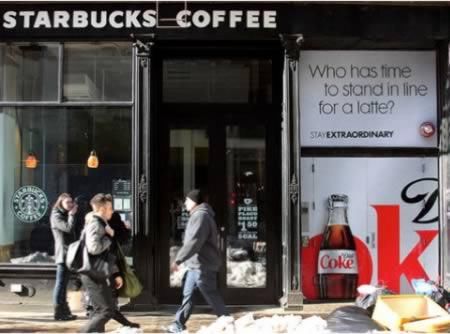 In NYC, there are countless surfaces available for slapping your ads onto. So for its slam on Starbucks, the folks at Diet Coke picked the perfect spot: on the same building as Starbucks. 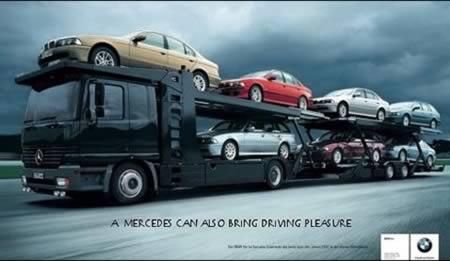 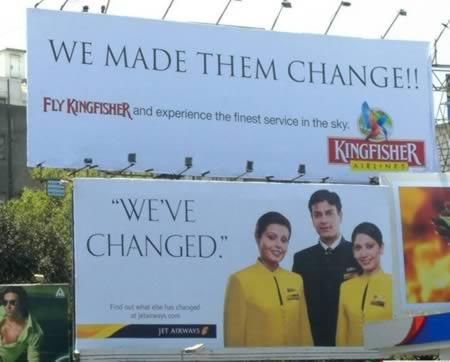 Jet Airways, one of the leading Airways in India, announced to their customers that they have changed. Kingfisher Airlines whipped them by saying, "We made them change."

9. Hindu vs Times of India 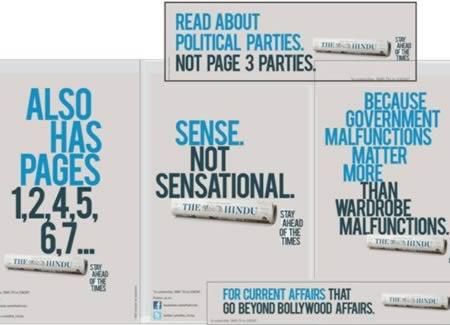 The recent ad war between print media giants Hindu and Times of India was a little contrary to the routine frenzy of ad wars. Unusually, this war for readership proved to be more educational for the readers, rather than being an entertaining skit.

While the Times of India launched its ?Wake Up!’ campaign, provoking the readers (mainly targeted at Chennai readers) to shift from the newspaper that puts them to sleep with its boring and dreary news (indirectly pointing out at the Hindu), Hindu hit back with the tag line ?Stay Ahead of the Times’ ? telling the readers to move out of the Bollywood and page 3 gossips and take up the news that is relevant to current affairs of the country and the world. 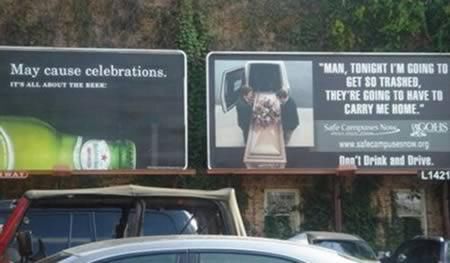