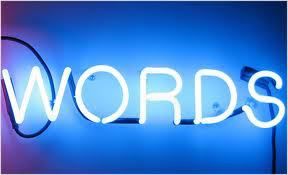 Lexophile is a word used to describe those who love using words in rather unique ways, such as "you can tune a piano, but you can’t tuna fish", or "to write with a broken pencil is pointless."
A competition is held every year to see who can come up with the best one.
This year’s winning submission is posted at the very end.

1. When fish are in schools, they sometimes take debate.

2. A thief who stole a calendar got twelve months.

4. The batteries were given out free of charge.

5. A dentist and a manicurist married. They fought tooth and nail.

7. With her marriage, she got a new name and a dress.

10. Police were called to a day care Center where a three-year-old was resisting a rest.

11. Did you hear about the fellow whose whole left side was cut off? He’s all right now.

13. When a clock is hungry it goes back four seconds.

14. The guy who fell onto an upholstery machine is now fully recovered.

15. He had a photographic memory which was never developed.

16. When she saw her first strands of gray hair she thought she’d dye.

17. Acupuncture is a jab well done. That’s the point of it.