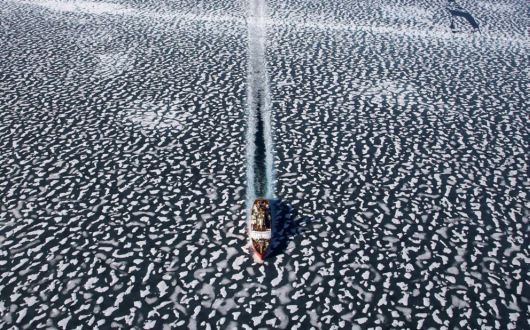 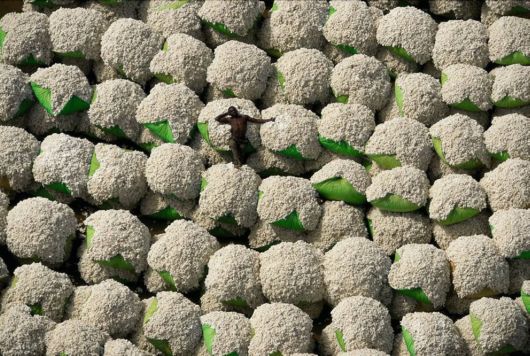 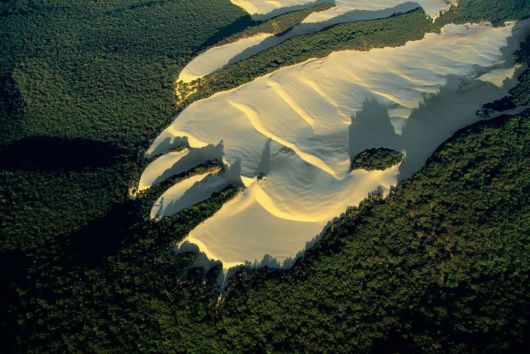 Sand dune in the heart of vegetation on Fraser island, Queensland, Australia. Fraser Island, named after Eliza Fraser, who was shipwrecked on the island in 1836, is the world’s largest sand island. On top of this rather infertile substratum, a humid tropical forest has developed in the midst of which wide dunes intrude, moving with the wind. Fraser Island has important water resources, including nearly 200 freshwater dune lakes, and has varied fauna such as marsupials, birds, and reptiles. Welcoming 200,000 visitors a year without damaging the local fauna and flora is a real challenge to sustainable development on the island, which was declared a World Heritage site by Unesco in 1992. 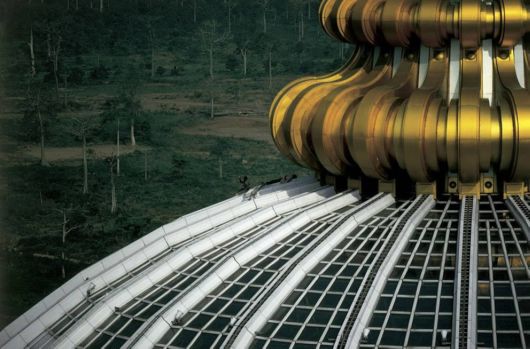 The Notre-Dame-de-la-Paix basilica in Yamoussoukro, Ivory Coast. In 1983, Yamoussoukro replaced Abidjan as the official capital of Ivory Coast. President Félix Houphouët-Boigny, who died in 1993, made his native village into a modern city with a grid of wide avenues – which are almost deserted – and every modern facility: international airport, luxury hotels, golf course, prestigious universities, and so forth. Yamoussoukro also boasts the world’s biggest basilica, Notre-Dame-de-la-Paix (Our Lady of Peace), consecrated by Pope John Paul II in 1990. The former president, who donated this building to the Vatican, insisted that he had financed the basilica’s cost out of his own personal fortune. This building was seen as a colossal waste by many Ivorians. It was highly controversial in a country that lacks schools and hospitals and has only nine doctors for every 100,000 inhabitants (compared to 413 in Norway) 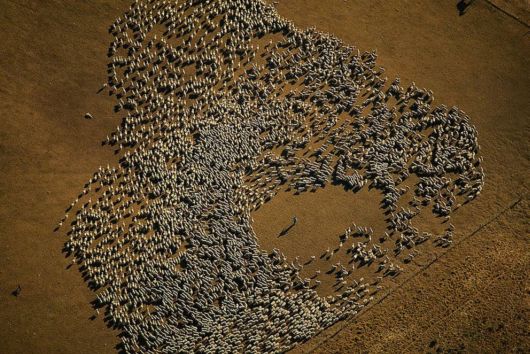 Flock of sheep, Tierra del Fuego, Argentina. After the missionary period, between gold fever and the first drillings for oil, sheep-raising became the chief activity in the north of the main island, Isla Grande de Tierra del Fuego. The local cabanas (sheep pastures) are huge sheep farms with 3.5 acres of land per head of livestock. 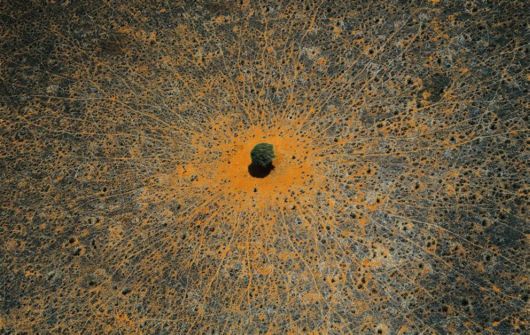 Tree of life", Tsavo national park, Kenya. This acacia is a symbol of life in the vast expanses of thorny savanna, where wild animals come to take advantage of its leaves or its shade. Tsavo National Park in southeastern Kenya, crossed by the Nairobi-Mombasa road and railway axis, is the country’s largest protected area (8,200 square miles, or 21,000 square kilometers) and was declared a national park in 1948 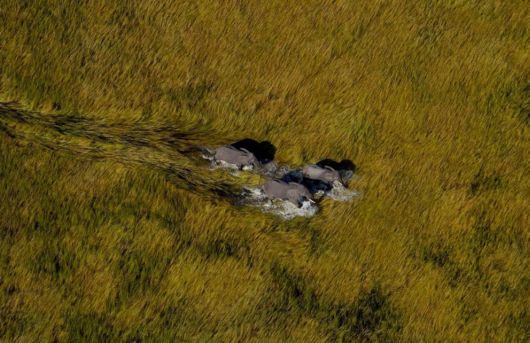 Elephants in the Okavango Delta, Botswana. The Okavango Delta is the world’s largest inland delta, flooding seasonally, and is populated by five ethnic groups of people, sharing it with hundreds of species of animals. 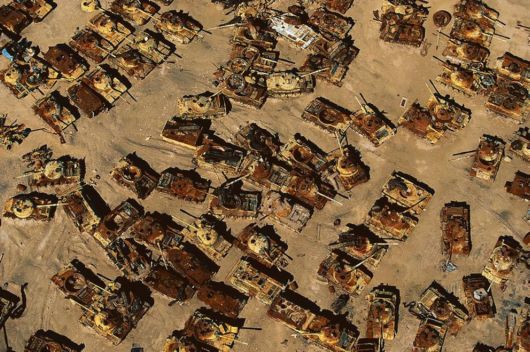 Iraqi tank graveyard in the desert near Al Jahrah, Kuwait. This graveyard of tanks will bear witness for many years to the damage that war causes both to the environment and to human health. In 1991, during the first Gulf War, a million depleted uranium shells were fired at Iraqi forces, spreading toxic, radioactive dust for miles around. Such dust is known to have lasting effects on the environment and to cause various forms of cancer and other serious illnesses among humans. 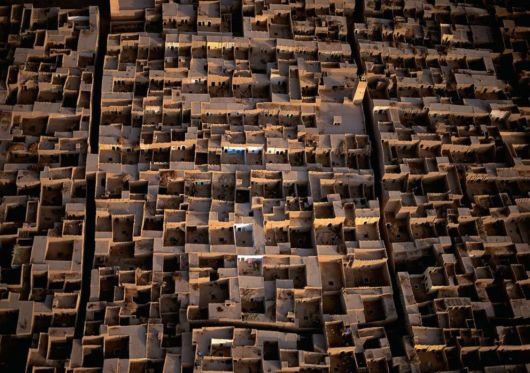 Village in the Rheris Valley, Er Rachidia region, High Atlas Mountains, Morocco. Fortified villages are frequently seen along the valley of the Rheris, as they are on most rivers of southern Morocco, inspired by the Berber architecture built to protect against invaders. Today, with the threat of raids now gone, the close clustering of dwellings, small windows, and roofs covering houses and narrow streets serve the purpose of protecting occupants from heat and dust. The flat, connecting roofs also provide a place for drying crops. 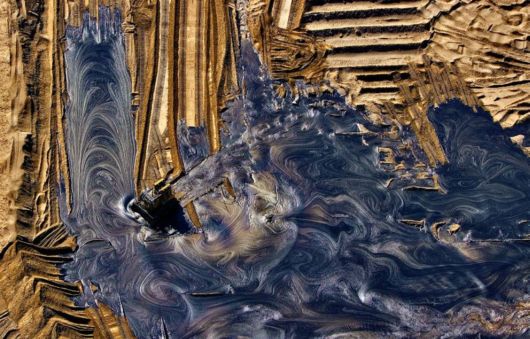 The Athabasca Oil Sands, Alberta, Canada. These oil deposits make up the largest reservoir of crude bitumen in the world, and as recently as 2006, produced over 1 million barrels of crude oil per day. 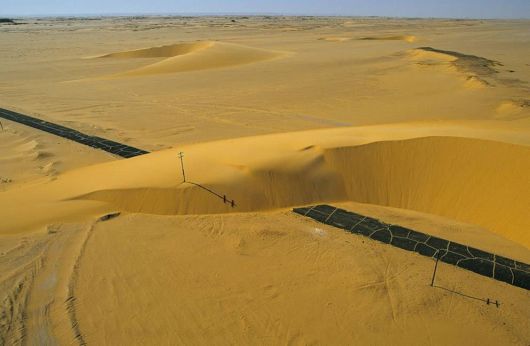 Road interrupted by a sand dune, Nile Valley, Egypt. Dunes cover nearly one-third of the Sahara, and the highest, in linear form, can attain a height of almost 1,000 feet (300 m). Barchans are mobile, crescent-shaped dunes that move in the direction of the prevailing wind at rates as high as 33 feet (10 m) per year, sometimes even covering infrastructures such as this road in the Nile Valley 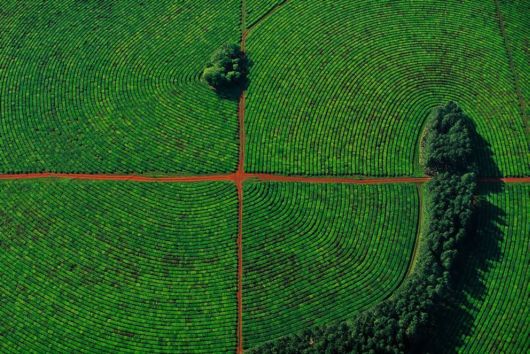 Tea cultivation in Corrientes province, Argentina. The fertility of the red soil and the regular rains of the Corrientes region create the ideal conditions for the cultivation of tea. In an effort to protect the soil against erosion, tea is planted along curved terraces and protected from the wind by hedges. Unlike Asian and African countries, where the young sprouts are handpicked, in Argentina mechanical harvesting is the rule, done mainly with high-clearance tractors that are driven along the straight rows of tea bushes. 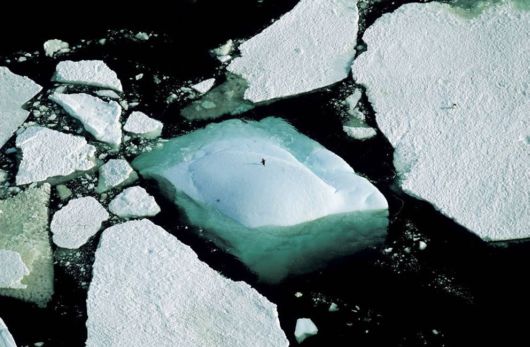 Icebergs and an Adelie penguin, Adelie Land, Antarctica. Antarctica, the sixth continent, is a unique observation point for atmospheric and climatic phenomena; its ancient ice, which trapped air when it was formed, contains evidence of the Earth’s climate as it has changed and developed over the past millions of years. 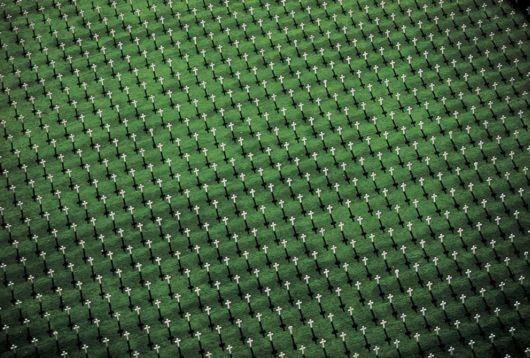 American cemetery north of Verdun, Meuse, France. Covering some 40 hectares (100 acres) at Romagne-sous-Montfaucon, 40 kilometers (25 miles) from Verdun, the American cemetery was dedicated in 1935 by the American Battle Monuments Commission. The commission was created in 1923 at the request of General Pershing, who had taken part in the American offensive of 1918. Its aim was to undertake architectural and landscape studies in order to restructure American cemeteries and commemorative monuments in Europe. Whereas the French army chose to build permanent cemeteries where temporary cemeteries had been made during the hostilities, the American army opted to create a single cemetery. Some 25,000 American tombs scattered around Verdun were then brought together at Romagne where, after almost half the bodies were repatriated to American soil, 14,246 soldiers have lain ever since. 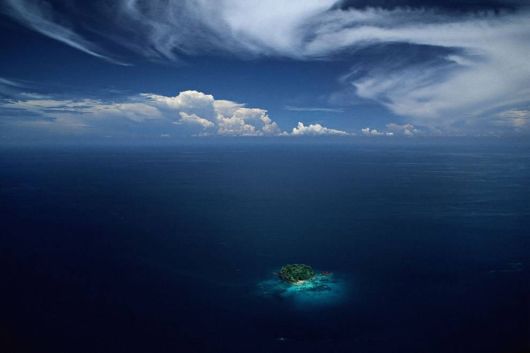 Islet in the Sulu Archipelago, Philippines. More than 6,000 of the 7,100 Philippine Islands are uninhabited, like this islet in the Sulu Archipelago, a set of 500 islands that separate the Celebes and the Sulu seas. Their extraordinary biodiversity is under threat, not from distant industrial sites but from the effects of global pollution. These islands, which barely rise above the surface of the water, are among the first potential victims of global warming and are certain to disappear when the sea level rises. 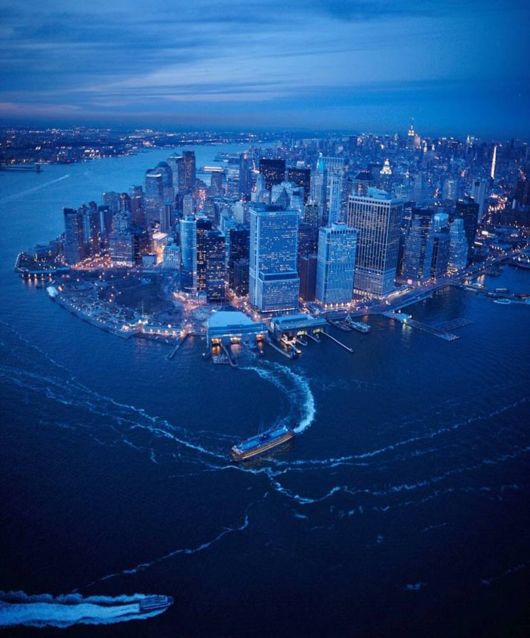 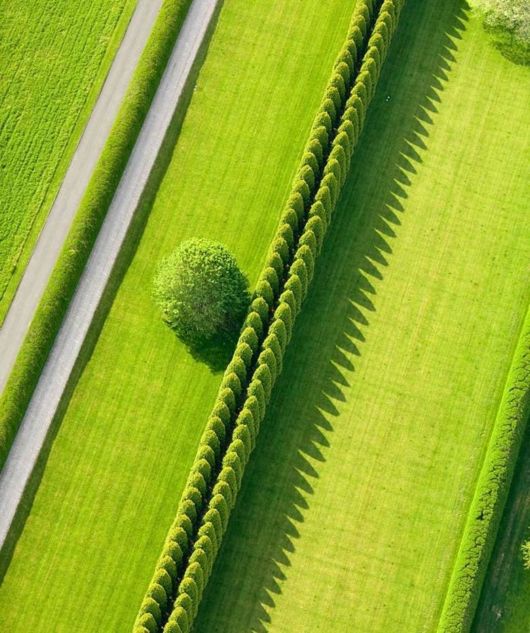 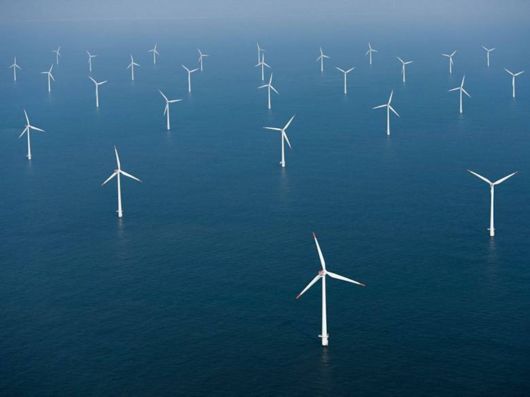 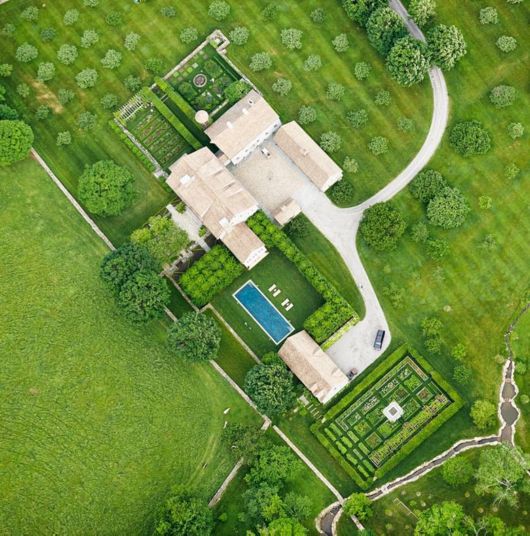 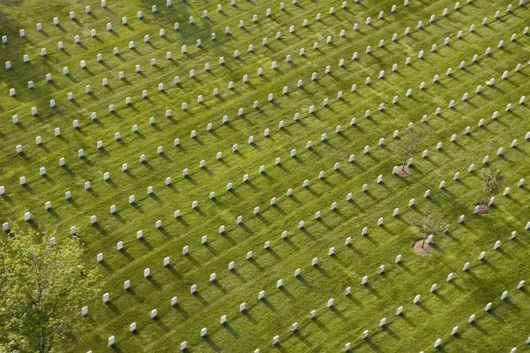 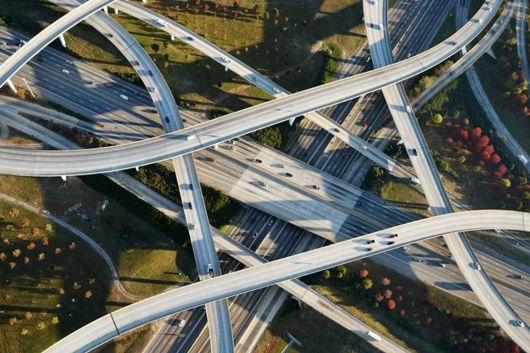 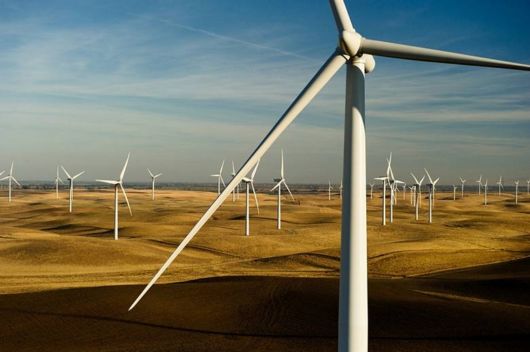 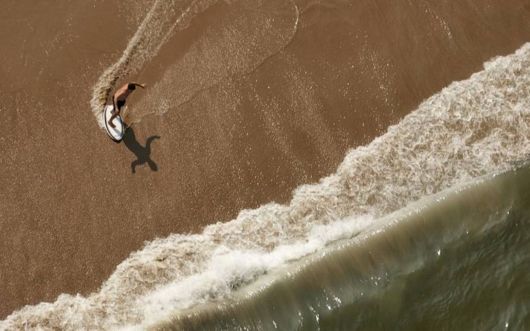 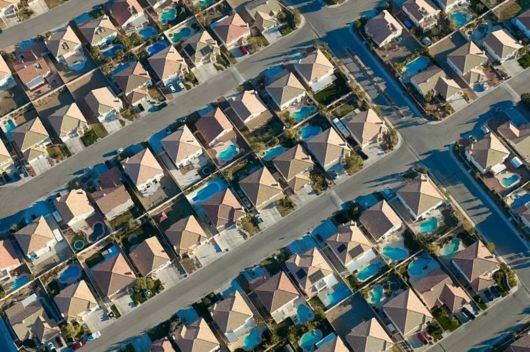 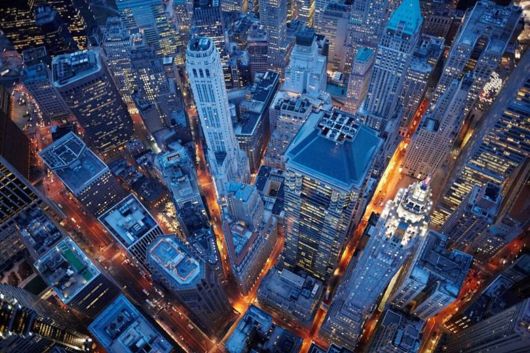 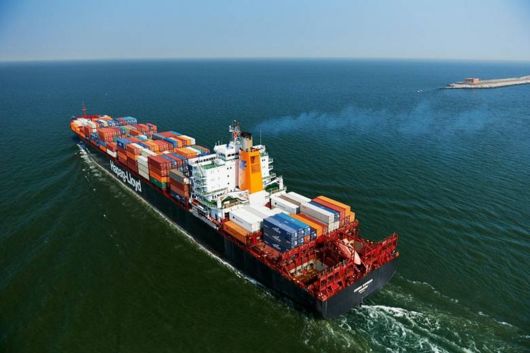 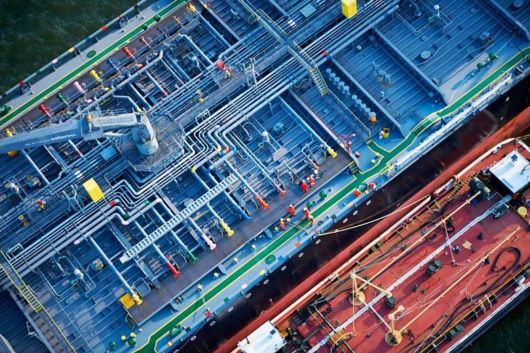 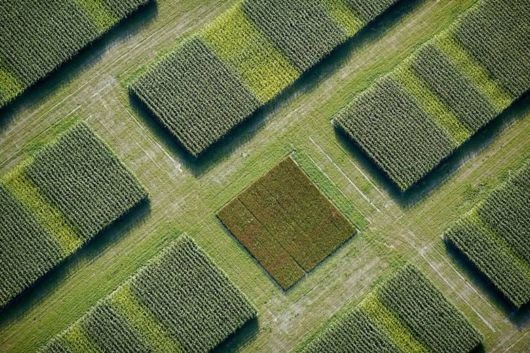 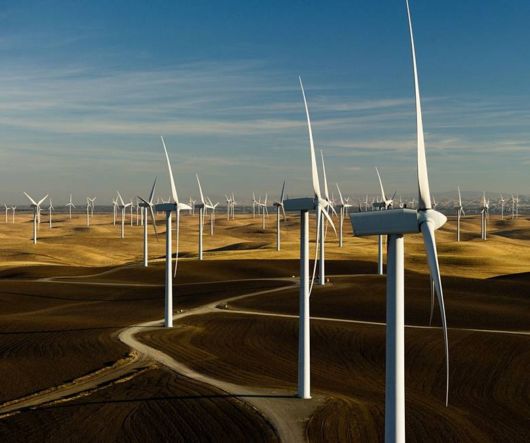 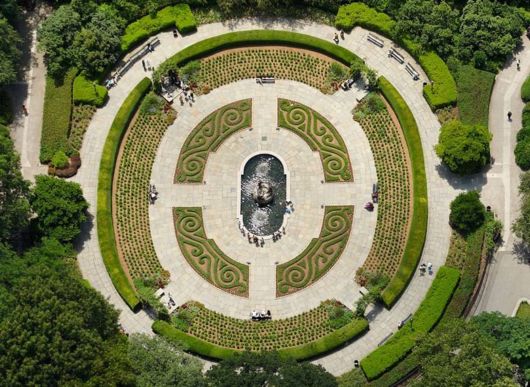