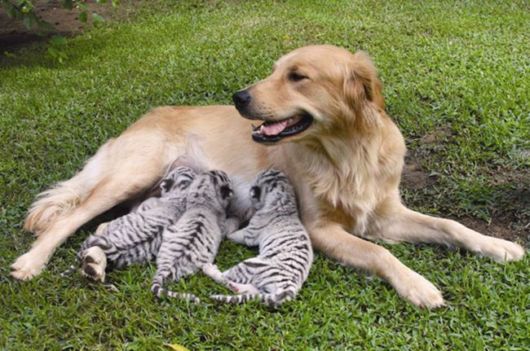 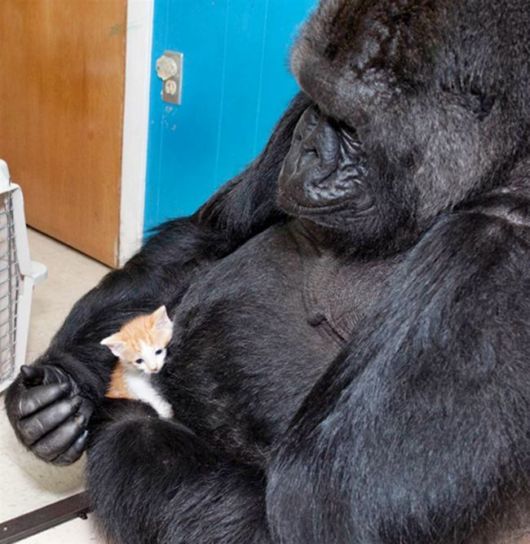 Emmy – the cat who adopted a little squirrel Rocky. It’s funny that Rocky had learned growl like a kitten. 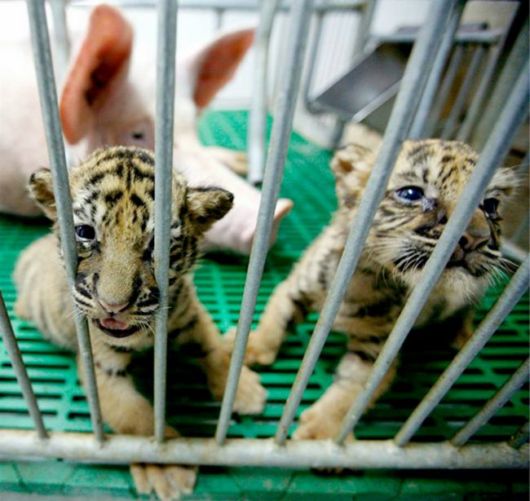 Katinga – a dog with a German farm adopted by a pig Polinhen. 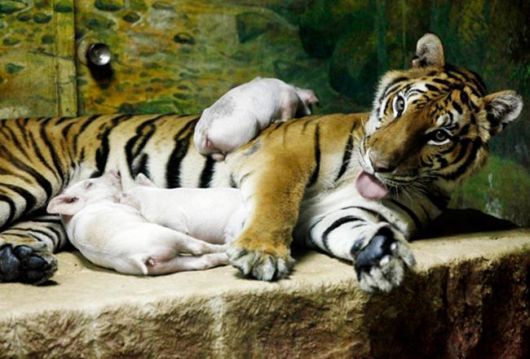 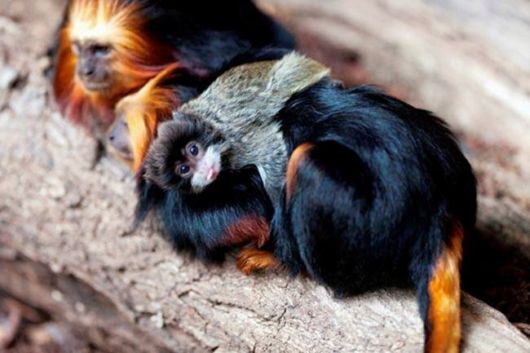 Siamese Cat Amanda with their kittens raising puppies, whose mother, unfortunately, has died. 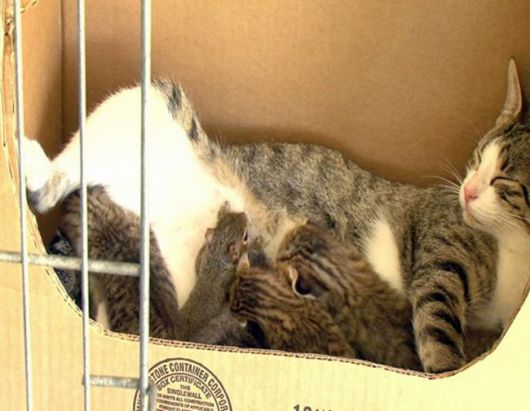 Weasel out of Hamburg adopted by a two wild boar, Alice and Emma. 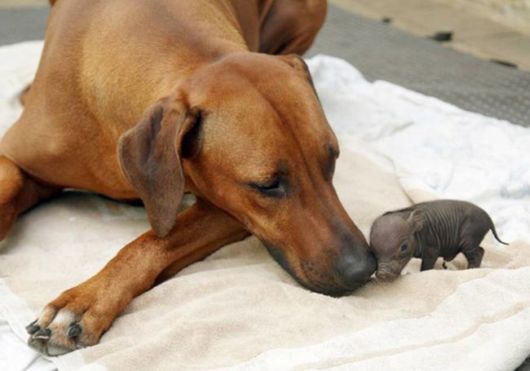 Smaygel – a cat, not only nursed her kittens, but the four puppies whose mother died under the wheels of the car. 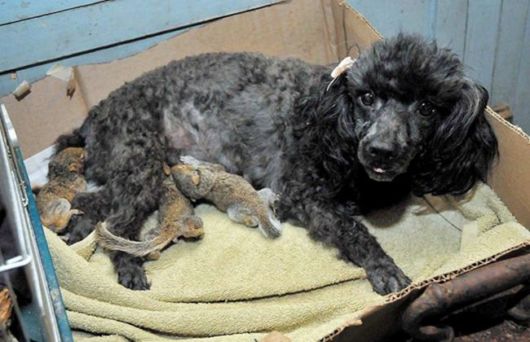 The little fawn with this picture saved from a river farmer from South Korea. A dog has to take care of him as a native child. 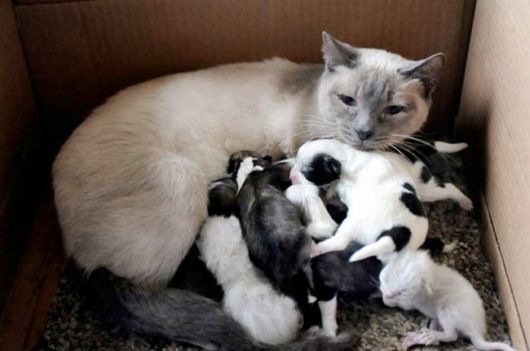 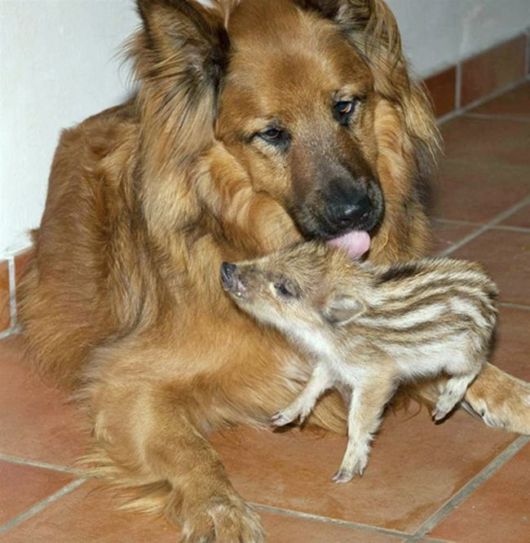 Gorilla Koko coddling with the kittens since 1984. 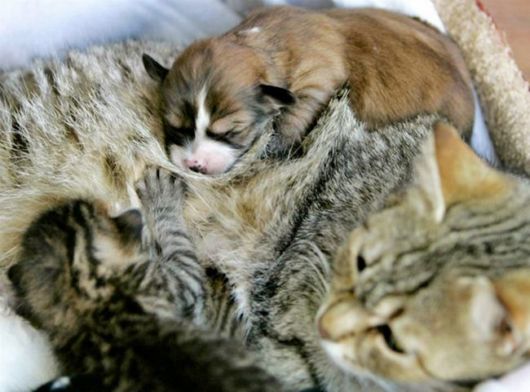 In the Sriracha Tiger Zoo in Thailand lives is such a touching family: mother-pig and kids-cubs. 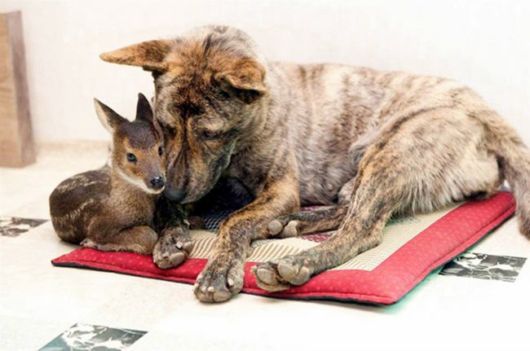 Another family from the same zoo. 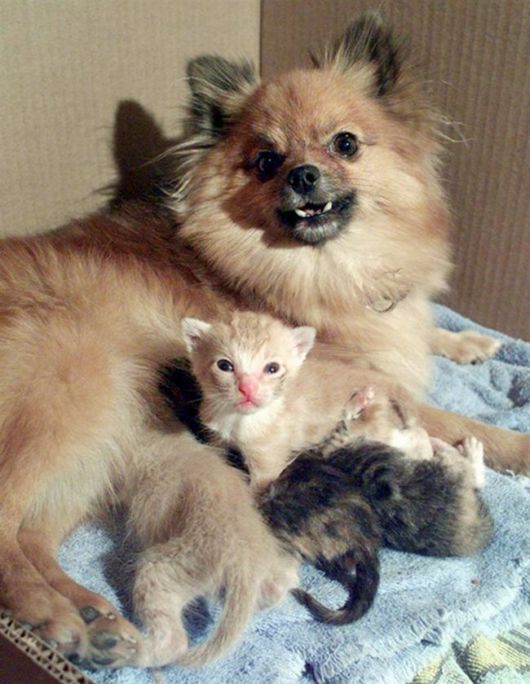 At London Zoo live female lion Tamarin, which has adopted a monkey of another species.