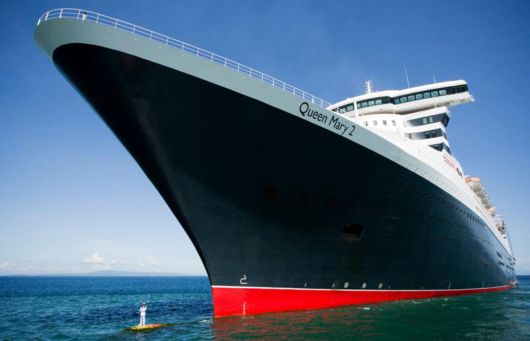 Cunard recently captured dramatic photographs of Captain Kevin Oprey, Master of Queen Mary 2, standing on the ship’s bulbous bow a mile off the coast of Bali during the ship’s World Cruise in he 10th anniversary year.

A bulbous bow is a protruding bulb at the bow (or front) of a ship just below the waterline. The bulb modifies the way the water flows around the hull, reducing drag and thus increasing speed, range, fuel efficiency, and stability. Large ships with bulbous bows generally have 12-15% better fuel efficiency than similar vessels without them. A bulbous bow also increases the buoyancy of the forward part and hence reduces the pitching of the ship to a small degree.

At 151,200 tons, Queen Mary 2 is the largest and most expensive ocean liner ever built, accommodating 2,620 passengers and 1,253 crew. In her first 10 years of service Queen Mary 2 has undertaken more than 420 voyages, including over 200 Transatlantic Crossings, and has called at 182 ports in 60 countries. She remains the longest, tallest, widest ocean liner ever built. 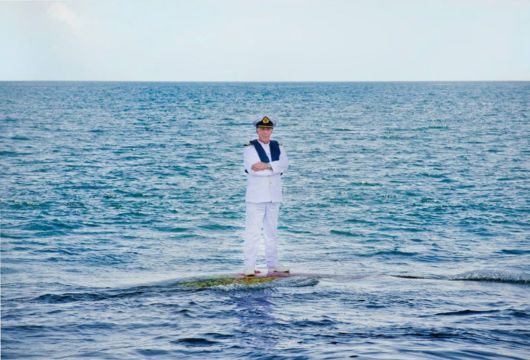 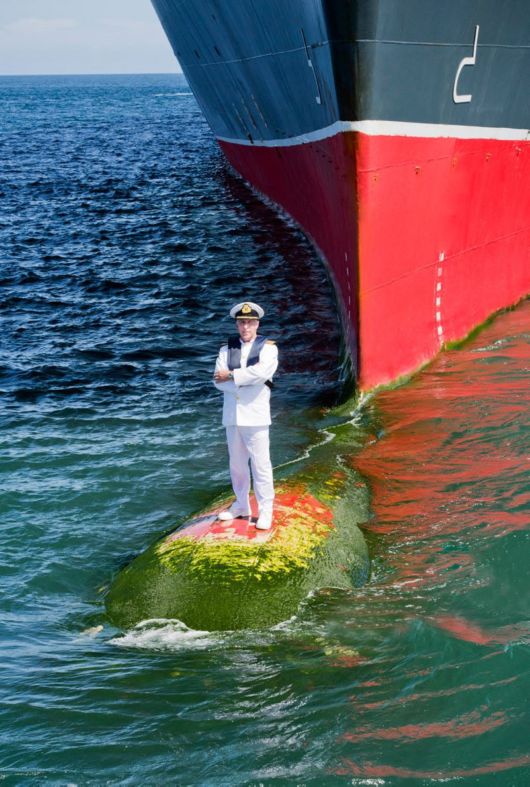 What’s the Difference Between an Ocean Liner and a Cruise Ship?
A cruise ship or cruise liner is a passenger ship used for pleasure voyages, where the voyage itself and the ship’s amenities are a part of the experience, as well as the different destinations along the way. Transportation is not the prime purpose, as cruise ships operate mostly on routes that return passengers to their originating port. By contrast, dedicated transport oriented ocean liners do “line voyages” and typically transport passengers from one point to another, rather than on round trips.

Traditionally, an ocean liner for the transoceanic trade will be built to a higher standard than a typical cruise ship, including high freeboard and stronger plating to withstand rough seas and adverse conditions encountered in the open ocean. Ocean liners also usually have larger capacities for fuel, victuals, and other stores for consumption on long voyages, compared to dedicated cruise ships. 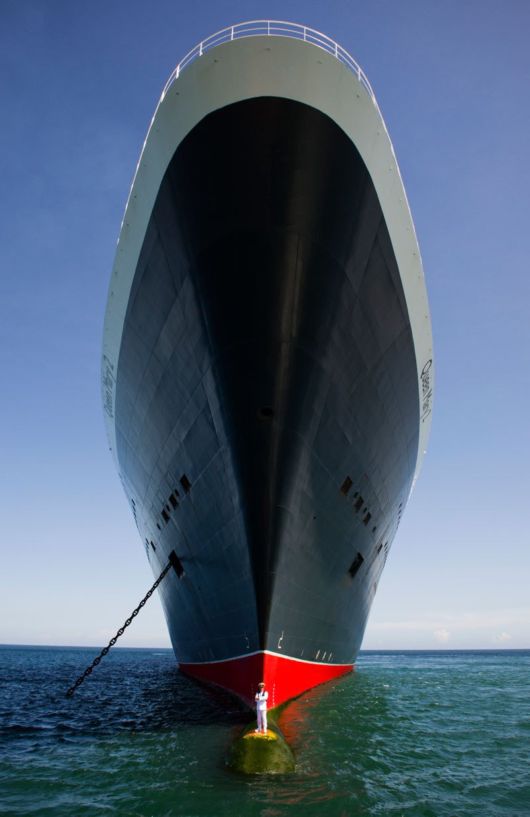