National Geographic (NG), the world-famous nature magazine is well known for its spectacular photographs of wildlife, different cultures and amazing landscapes. The NG website holds a daily vote to choose the best image of the day. Undoubtedly, you also deserve to enjoy these amazing pictures from the last few months. 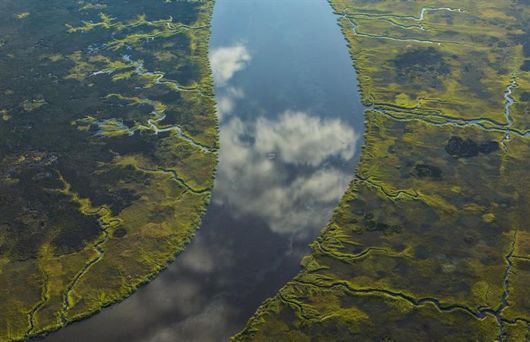 ACE Basin in North Carolina, USA, is where 3 rivers merge, forming a unique habitat for many indigenous flora and fauna. 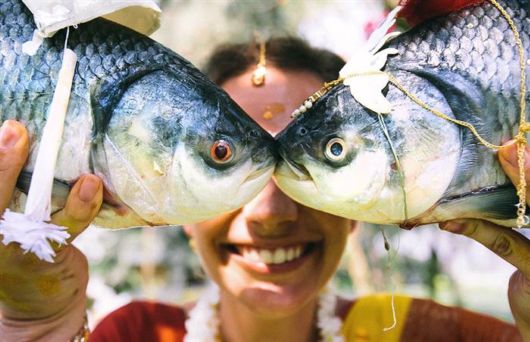 In India, there is a special wedding ritual called gaye holud, where 2 fish are dressed as the bride and groom. This image was taken in the town of Mamallapuram.

This lighthouse stands on the Island of Kalsoy – one of the many isolated Faroe Islands. This particular Island is the home of about 100 people who live in 4 tiny villages.

Dawn Over the Temple 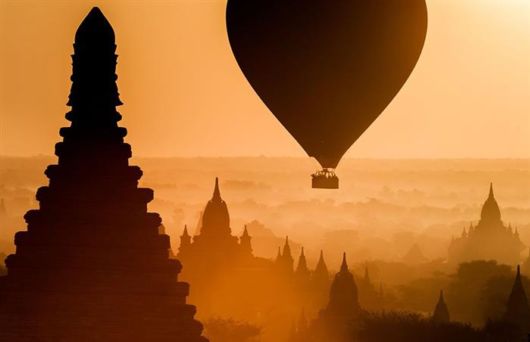 A hot air balloon over the Bagan temple in Myanmar (formerly – "Burma") at dawn. Between the 10th and 12th centuries, Bagan was the capital of the region, and home of over 2,000 such temples. 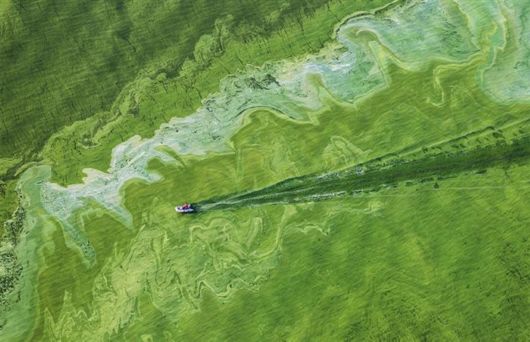 A small boat crossing a green Lake Erie, located in the north-east of the United States. The green color is a result of a population explosion of algae, caused by a spill of fertilizer from a local factory. 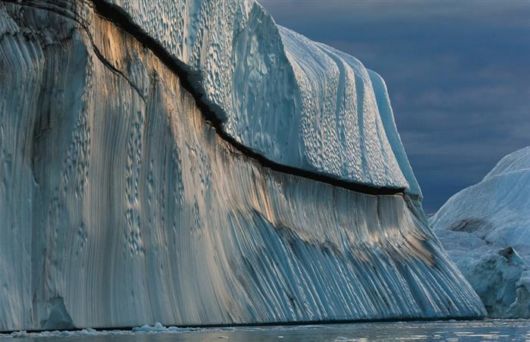 These gigantic Icelandic glaciers are over 15 stories high and are slowly melting into the ever-warming ocean water. It is believed that this is the result of global warming.

The Warmth of Love 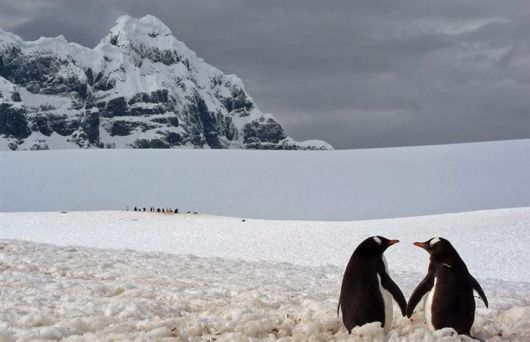 This pair of penguins look they’re in-love. In the background, the snowy peaks of Port Lockroy, Antarctica. 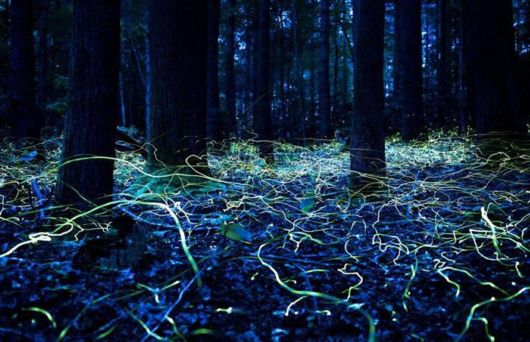 North Carolina, U.S.A. – Late at night, fireflies do their courtship dance. This image was taken by long exposure, showing us the paths taken by these luminescent bugs.

Guardians of the Lake 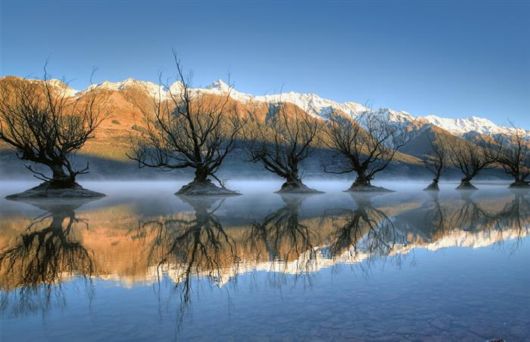 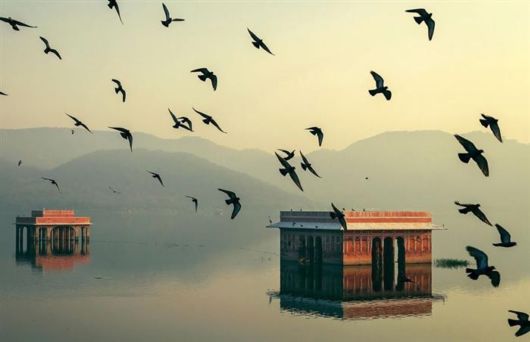 Jal Mahal, (Indian: "Water Palace") is a charming palace, located in the middle of the lake in Jaipur city, India. 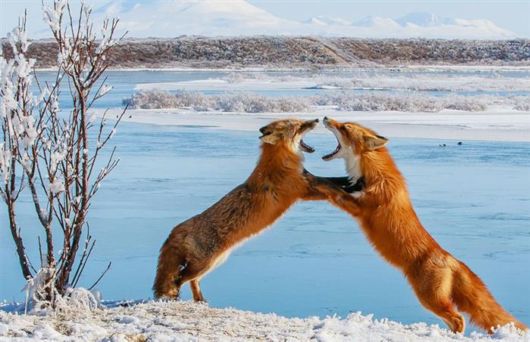 These kits are play-fighting. These mock battles teach them how to fight real battles, for territory and during mating season. The picture was taken by Lake Ugashik, Alaska, U.S.A. 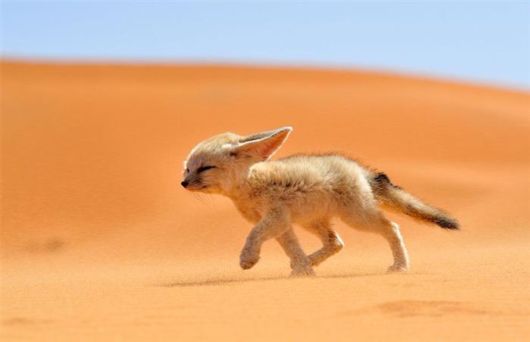 The tiny fennec fox is the smallest member of the canid family, and is native to the Sahara desert, as well as other arid areas in the Middle East. This particular picture was taken in Morroco. 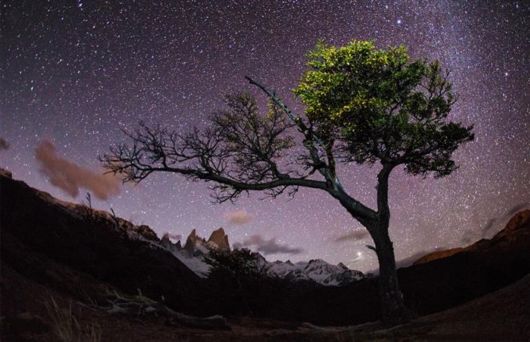 This lonely tree stands in the desert of Patagonia – the southernmost country in South America. Patagonia is one of the best places in the world for stargazing thanks to the lack of light pollution. 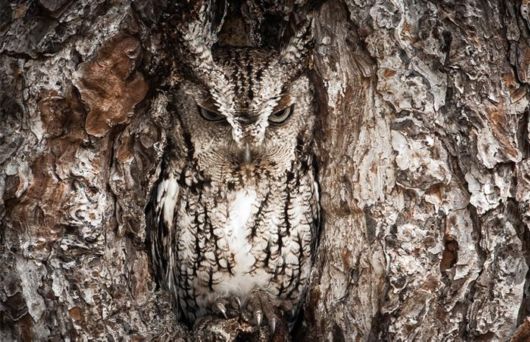 Georgia, U.S.A. – An owl, hiding in a tree-trunk. Owls are some of nature’s most effective hunters, thanks to their sharp senses and incredible camouflage. 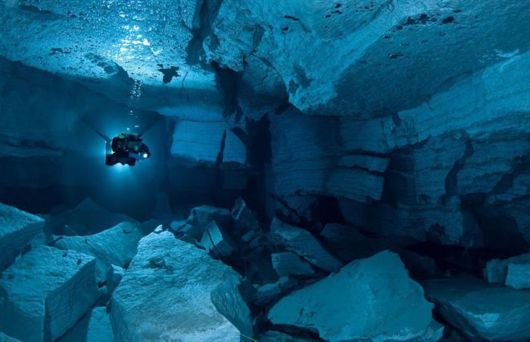 Orda cave is located in the Ural mountains, in Russia. Most of the cave is flooded with icy water, and only the brave enough to dive in get to experience views this one. 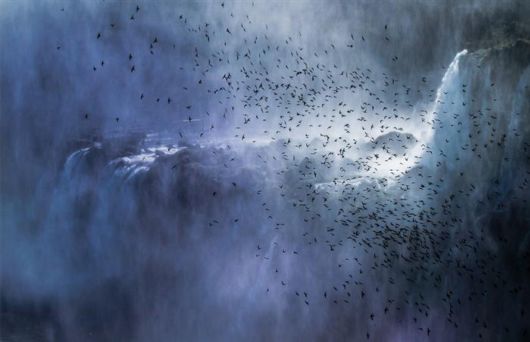 The Iguazu waterfalls are located on the border between Argentina, Brazil and Paraguay. The gentle spray turns this image into an impressionist masterpiece. 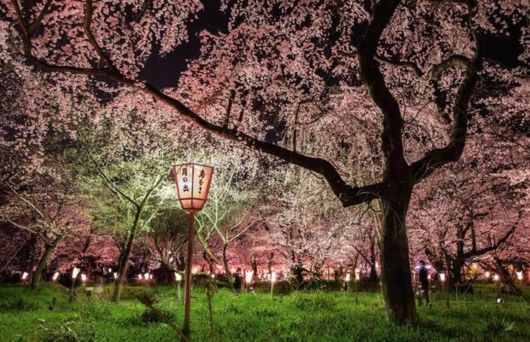 Hirano temple, Kyoto, Japan – There is a centuries-old tradition in Japan, where families go to watch the blossoming of the Cherry trees. A 12th-century Japanese poet once said that the only bad thing about the cherry blossom is the gathering onlookers. 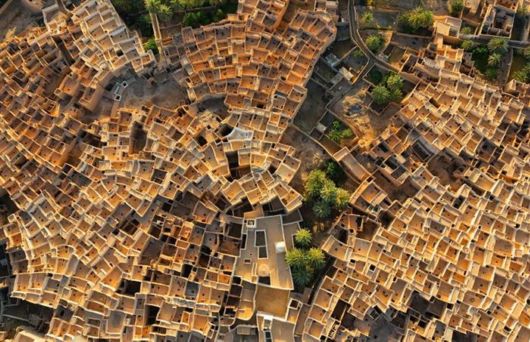 Ghadames, Libya – These traditional, closely built houses allowed women to travel through the narrow side-streets without being seen by men walking in the main streets. 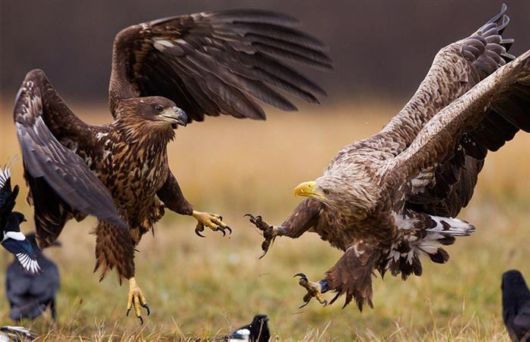 Poland – A pair of Falcons, fighting for dominance over their flock. The winner gets to mate and have offsprings. If you look into their eyes, you can see the passion in which they battle.

Journey Through the Flooded Forest 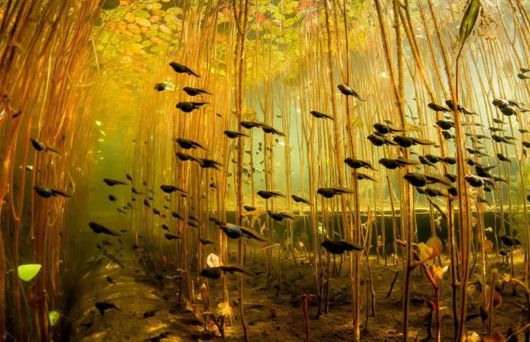 Canada – This is actually a small pool, with rows of lilies, and not a forest. From such an angle, the tadpoles look they’re flying in a dark forest. 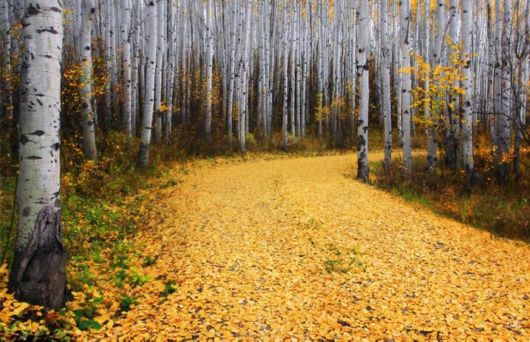 An Aspen road covered in autumn leaves in the state of Colorado, U.S.A. Aspen is notable for being one of the most luxurious skiing towns in the United States, but even without the snow, it’s still a sight to behold! 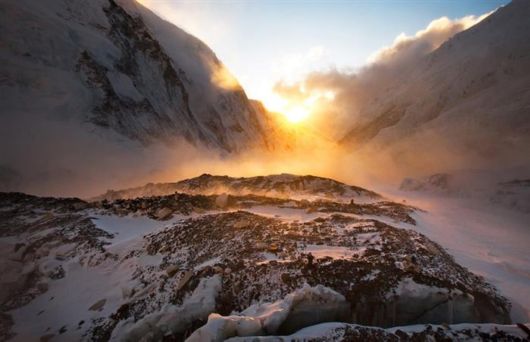 A sunrise over Mt. Everest, painting it in yellow and orange flames. Very few people in the world can say they experienced this magnificent view…