Burkina Faso ("Land of the righteous people") is a dry country in West Africa, bordering with Mali in the north-West, the Ivory Coast in South – West, Ghana and Togo in the south, Benin in the south – east, and Niger in the east. This is a poor country, even by West African standards, but it is very rich culturally.

South of the country, near the border with Ghana, is a small village 120 acres in size, called Tiébélé. This is the home of the Kassena, one of the oldest ethnic groups settled in the territory of Burkina Faso in the 15th century. Tiébélé known for amazing architecture and richly decorated mud walls. 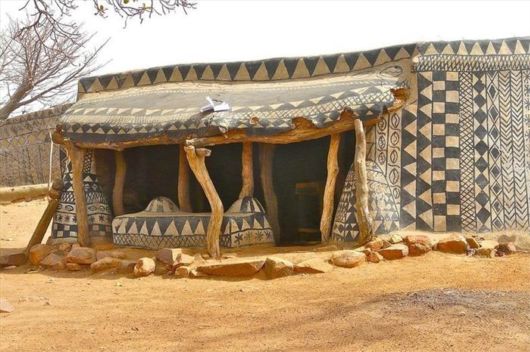 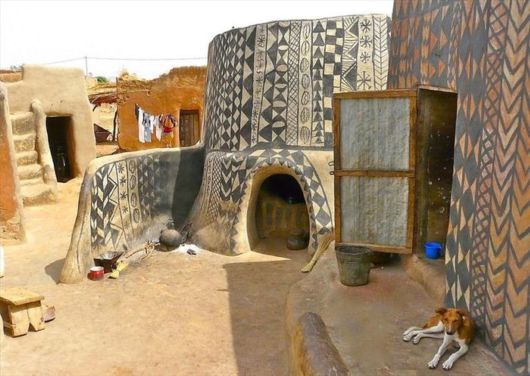 Tiébélé houses are not only beautiful outside but also strong inside. The walls are very thick, so that they serve as the sole element of protection against a harsh climate and harsher enemies. 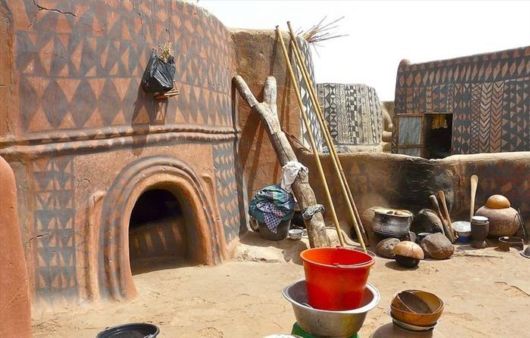 In addition, the houses were designed without windows, apart from the one or two that will allow the entry of natural light. The lower front doors protect from damage by the elements, hot sunlight and enemies. 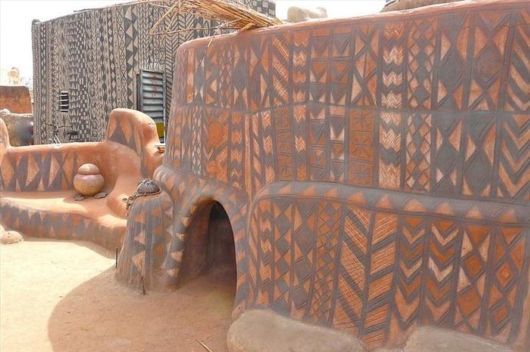 Residents of Tiébélé used to build their homes out of local materials – earth, wood and straw, when the earth they used to mix with straw and cow dung, until the result is a perfect plastic material, with which they have designed the walls of the buildings. Today, this technique was replaced by the use of mud brick, with foundations resting on a large stone. 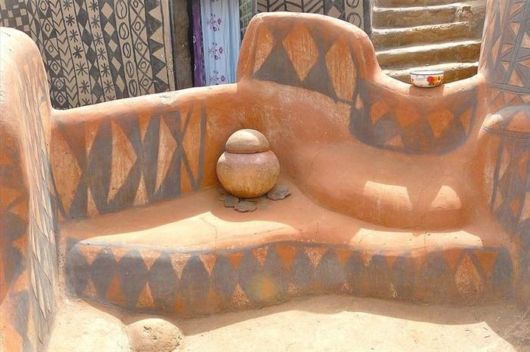 Wall decoration is an important part of the cultural heritage and it is a community project performed by the women of the village. After construction, the village women create mud wall paintings by using colored and white chalk. Motifs and symbols are taken from daily life or religion. 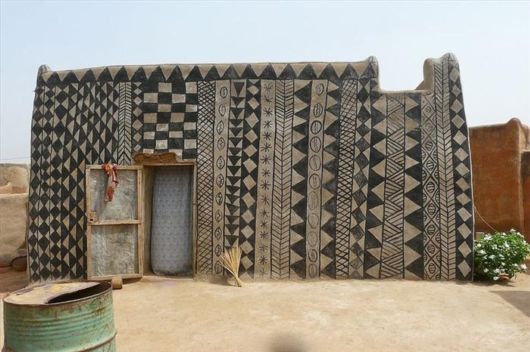 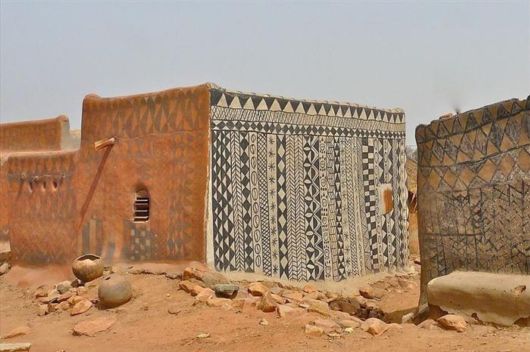 After painting, they put stones into the wall, and finally put a natural lacquer on the surface, which is produced by the fruit pods of an ancient African tree. 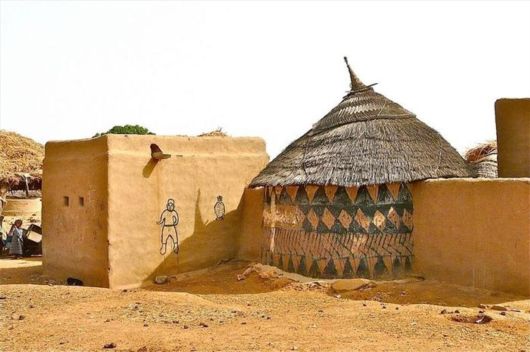 Surprisingly, the designs are also used to protect the walls, mainly because of rain. The decoration is usually done before the rainy season and is based on a combination of cow dung, compressing layers and polishing the outer layer, so that the mud houses of Tiébélé stand tall in the face of danger. 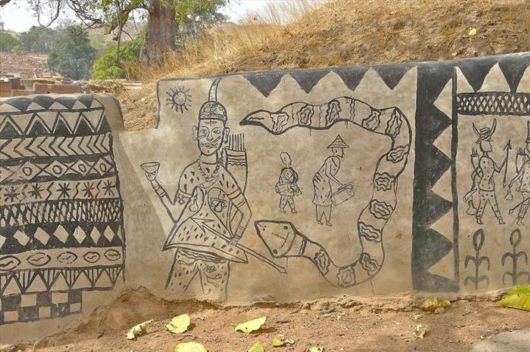 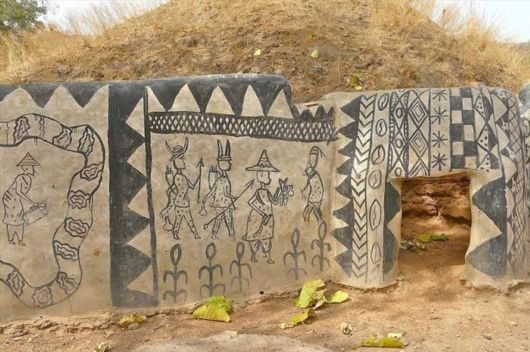 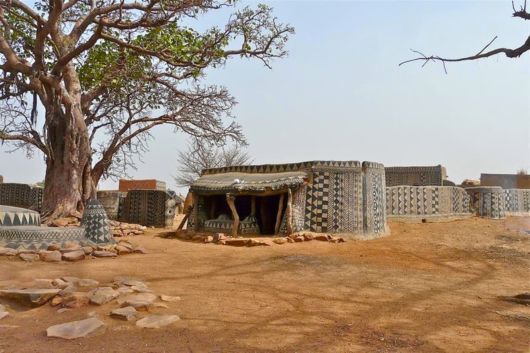 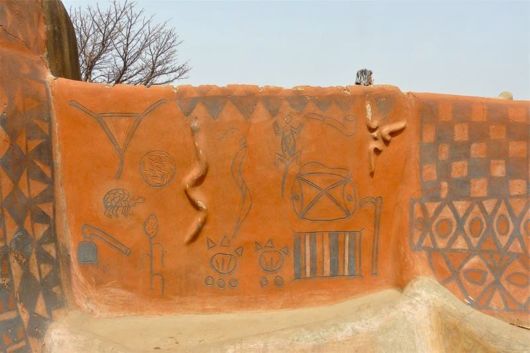 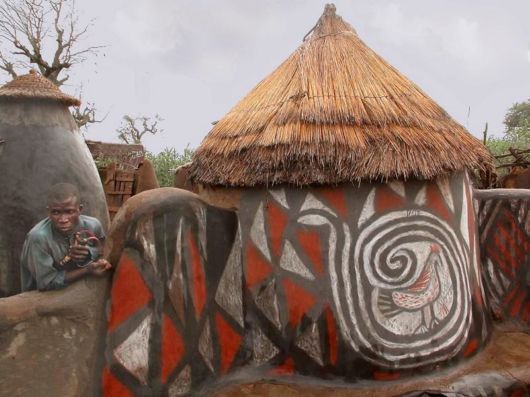 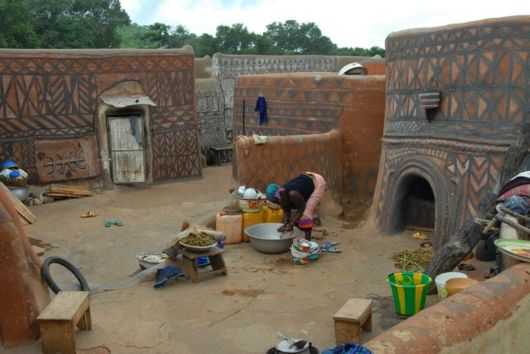 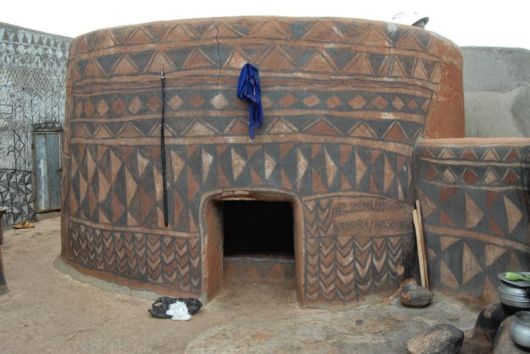 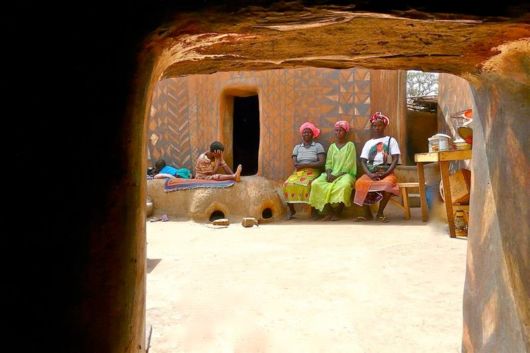 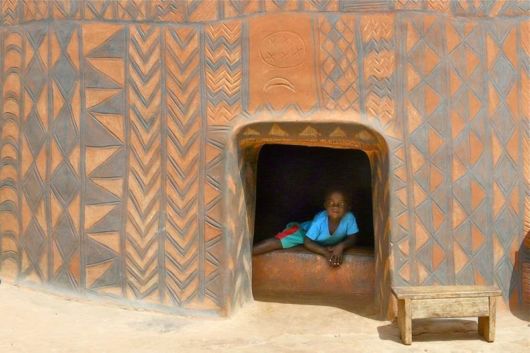