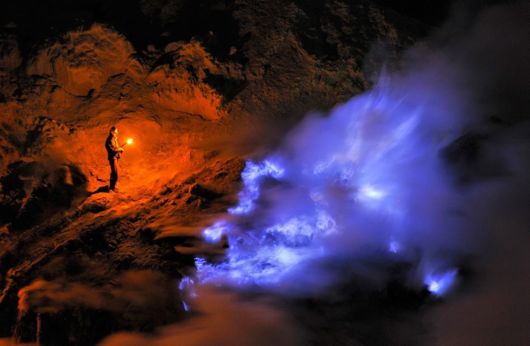 Photographer Olivier Grunewald has recently made several trips into the sulfur mine in the crater of the Kawah Ijen volcano in East Java, Indonesia, bringing with him equipment to capture surreal images lit by moonlight, torches, and the blue flames of burning molten sulfur. Covered last year in the Big Picture (in daylight), the miners of the 2,600 meter tall (8,660ft) Kawah Ijen volcano trek up to the crater, then down to the shore of a 200-meter-deep crater lake of sulfuric acid, where they retrieve heavy chunks of pure sulfur to carry back to a weighing station. Mr. Grunewald has been kind enough to share with us the following other-worldly photos of these men as they do their hazardous work under the light of the moon. 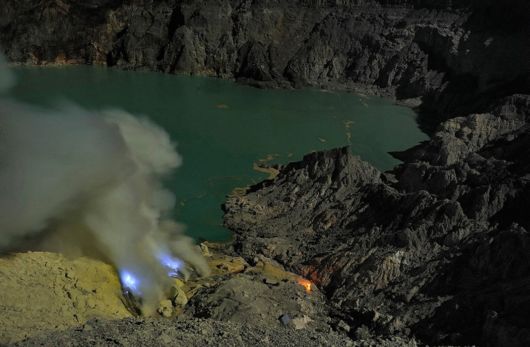 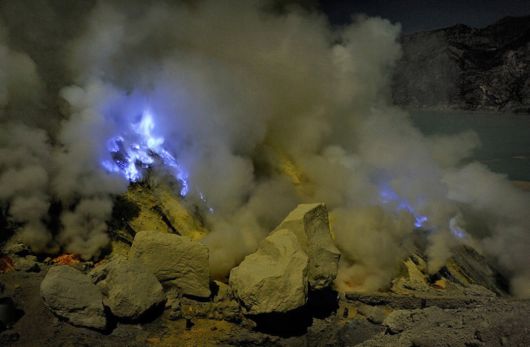 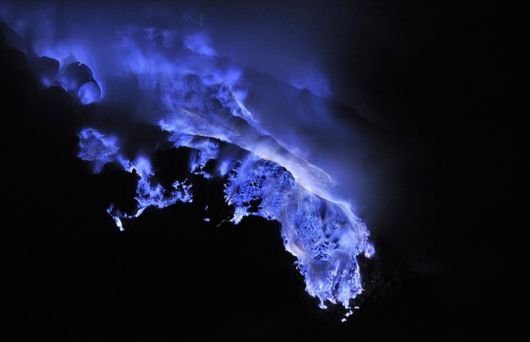 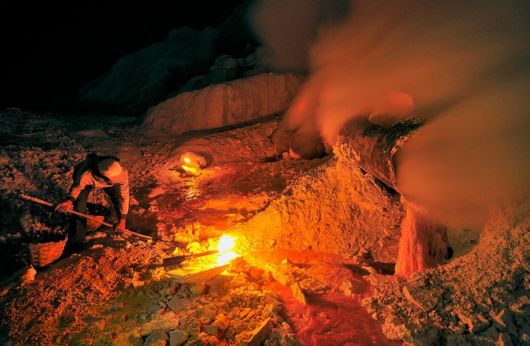 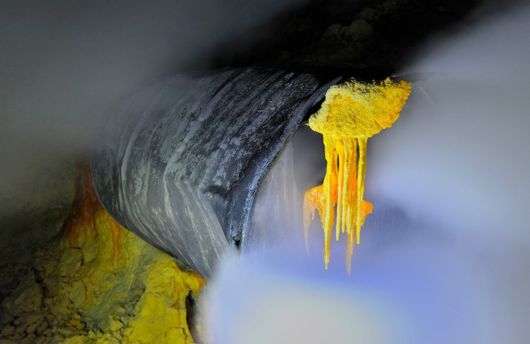 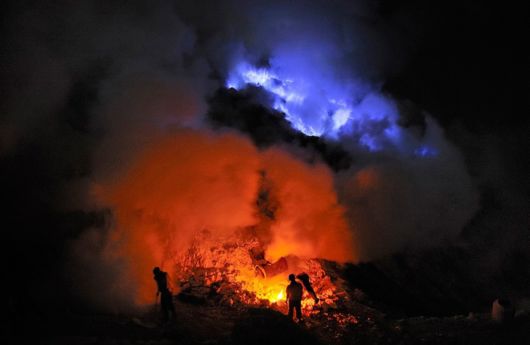 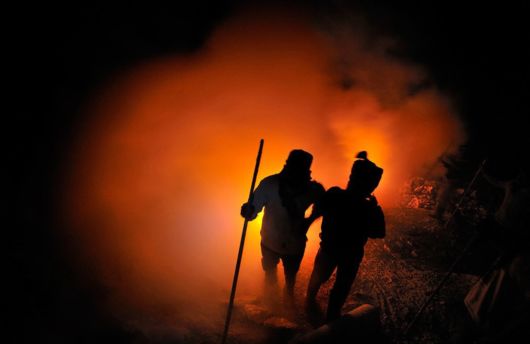 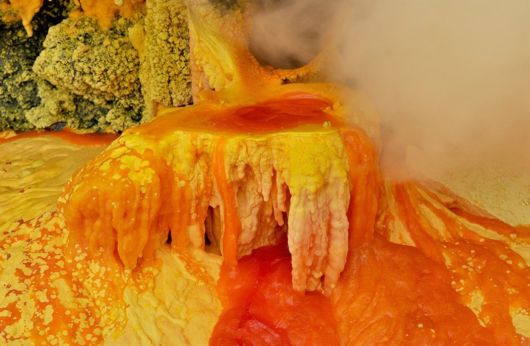 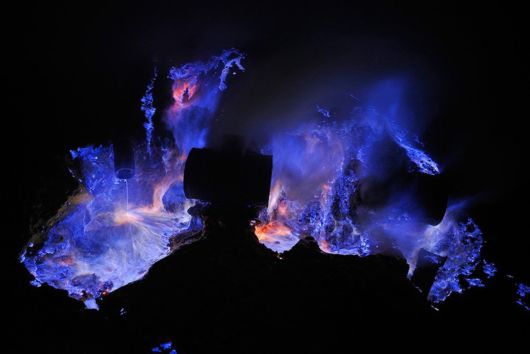 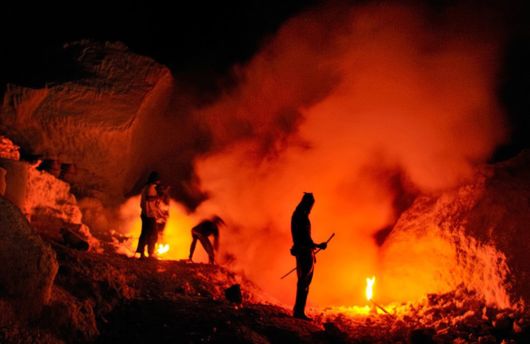 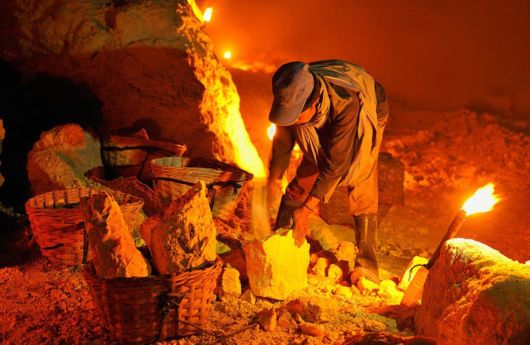 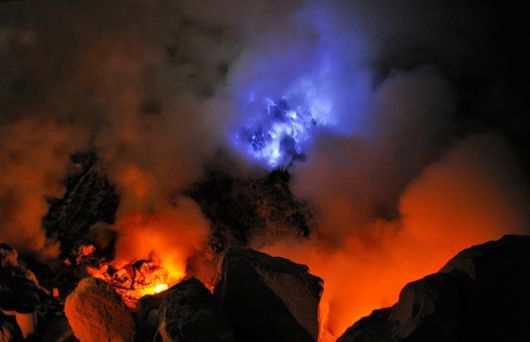 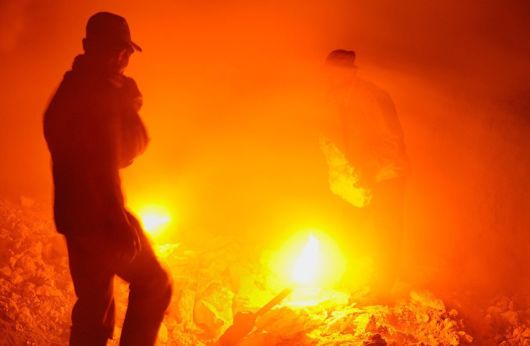 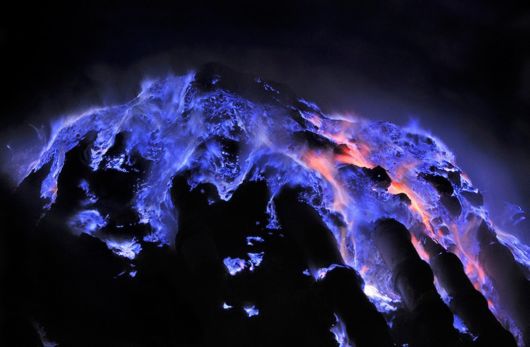 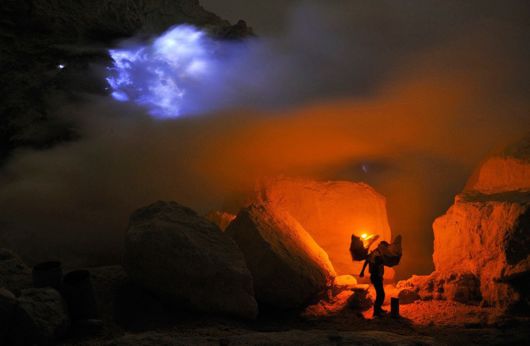 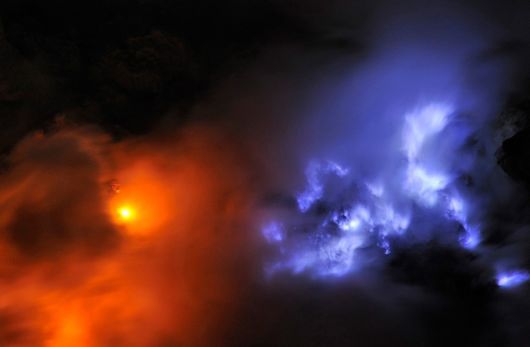 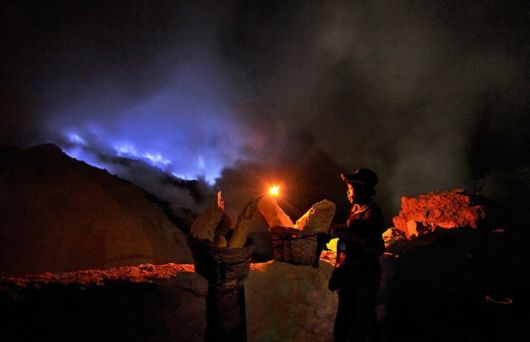 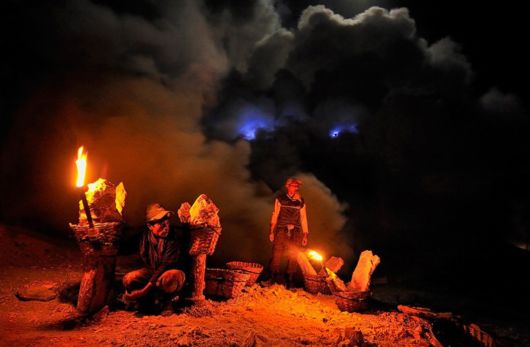 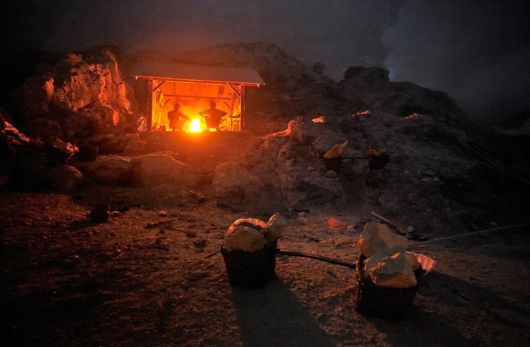 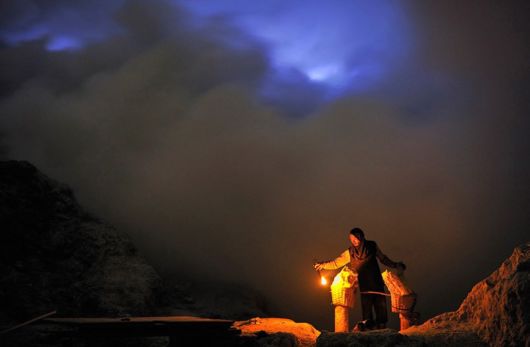 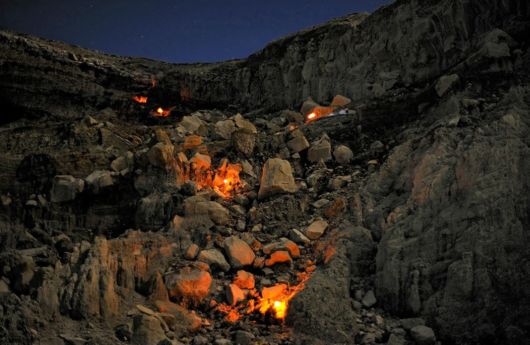 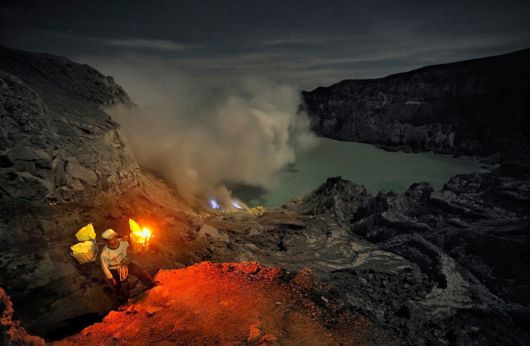 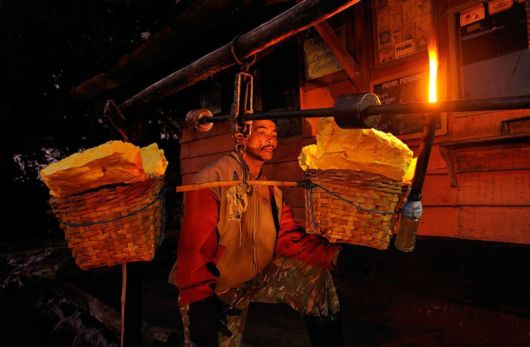 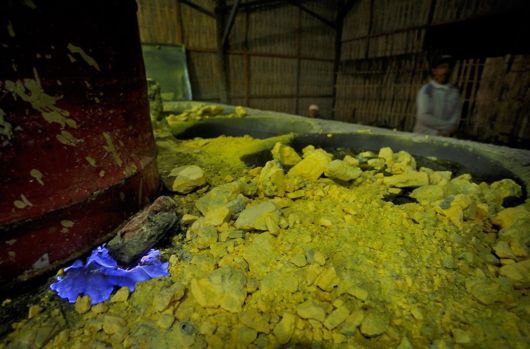 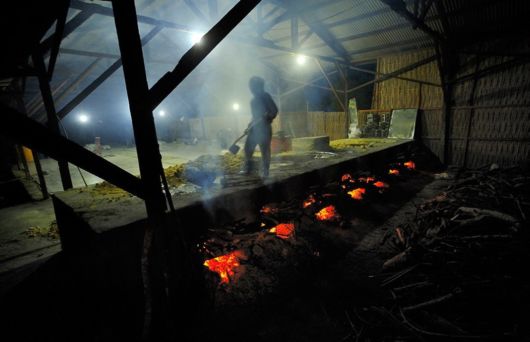 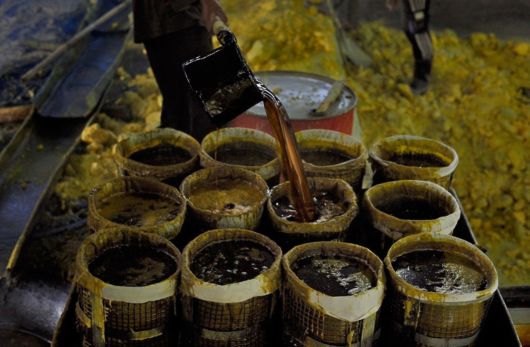 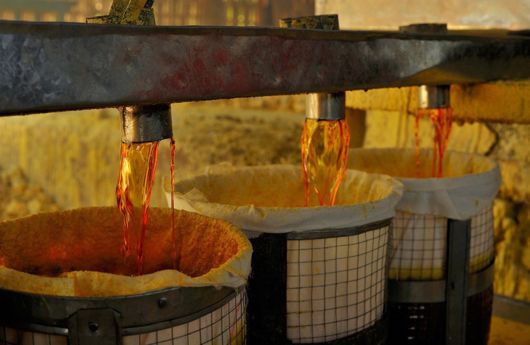 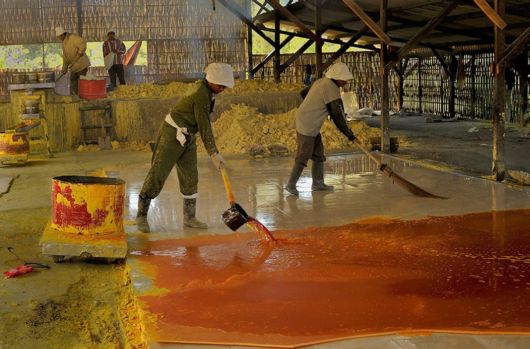 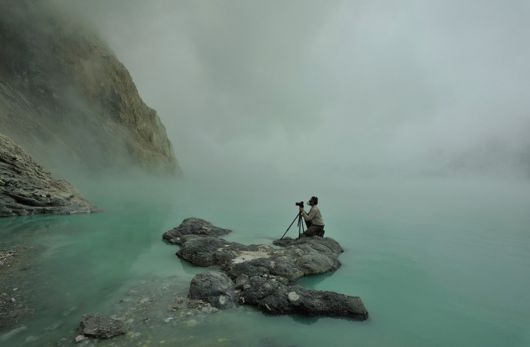