The Songkran festival (Thai: สงกรานต์, from Sanskrit saṅkrānti, "astrological passage") is celebrated in Thailand as the traditional New Year’s Day from 13 to 15 April. It coincides with the New Year of many calendars of South and Southeast Asia.

The most obvious celebration of Songkran is the throwing of water. Thais roam the streets with containers of water or water guns (sometimes mixed with mentholated talc), or post themselves at the side of roads with a garden hose and drench each other and passersby. This, however, was not always the main activity of this festival. Songkran was traditionally a time to visit and pay respects to elders, including family members, friends and neighbors.
Besides the throwing of water, people celebrating Songkran may also go to a watt (Buddhist monastery) to pray and give food to monks. They may also cleanse Buddha images from household shrines as well as Buddha images at monasteries by gently pouring water mixed with a Thai fragrance (Thai: น้ำอบไทย) over them. It is believed that doing this will bring good luck and prosperity for the New Year. 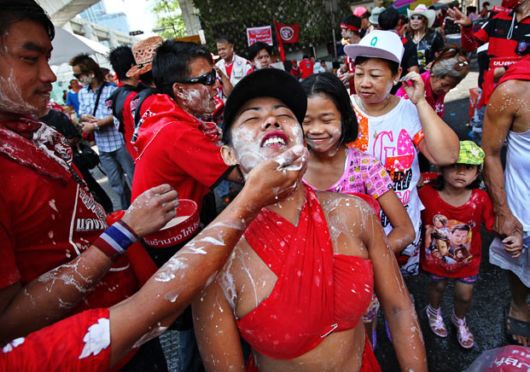 Anti-government protesters celebrate Songkran, the traditional Thai new year, by spraying water or white paste on each other, in downtown Bangkok 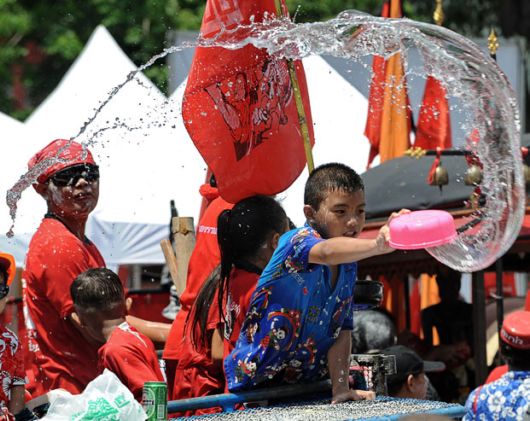 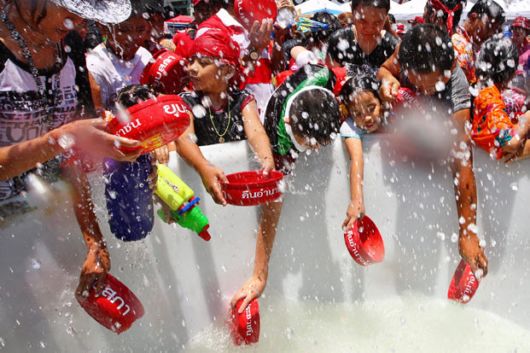 People dip bowls into a pool of water to pour on each other for Songkran, in downtown Bangkok 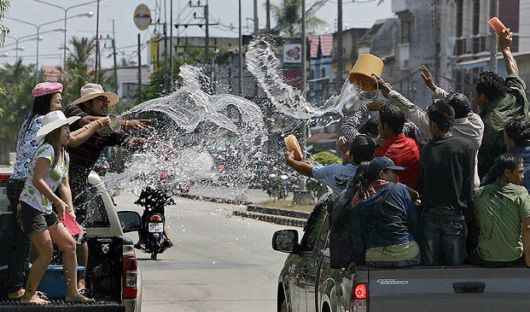 A drive-by splashing in Thailand’s southern province of Narathiwat 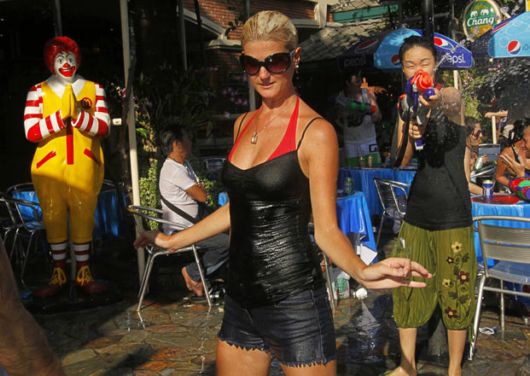 A tourist gets soaked on the Khao San Road 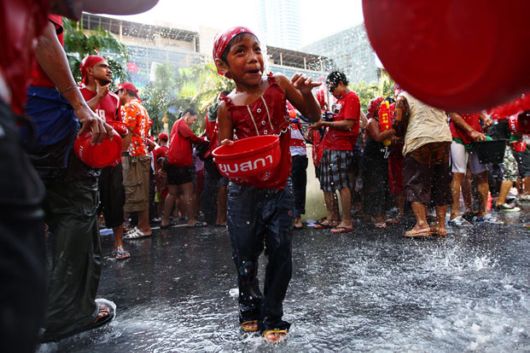 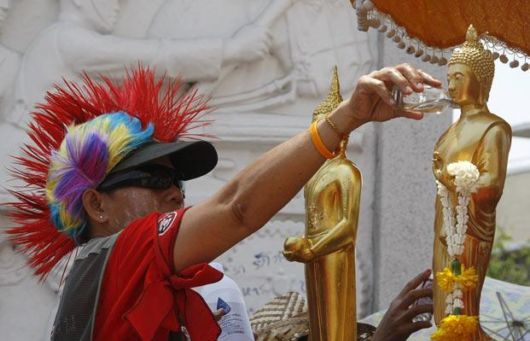 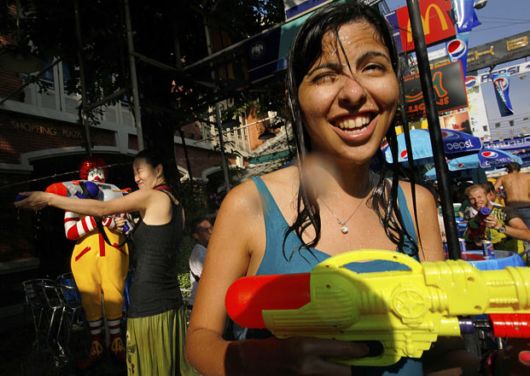 Tourists join in the Songkran festivities 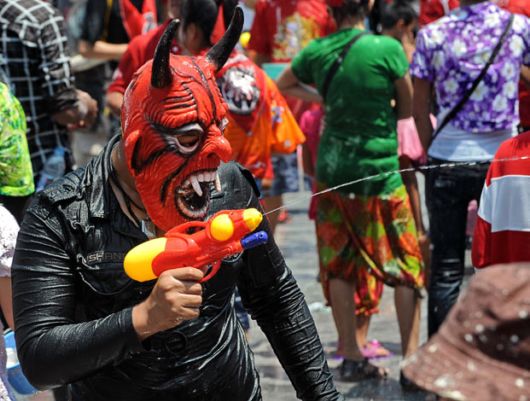 A man wearing a devil mask sprays the crowd with water 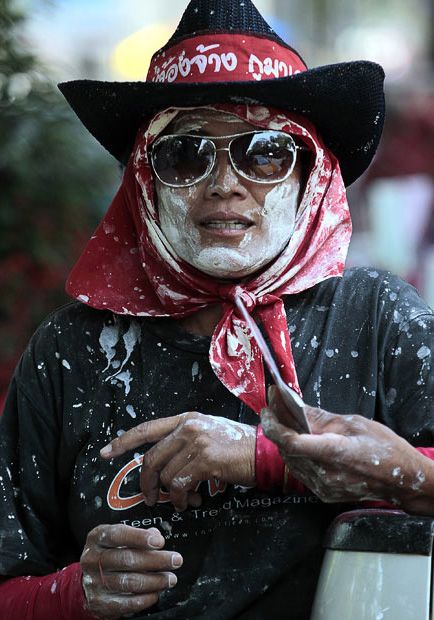 A red shirt gets covered with a white paste 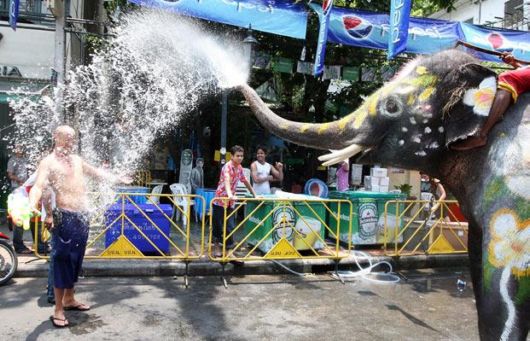 An elephant sprays a foreign tourist with water 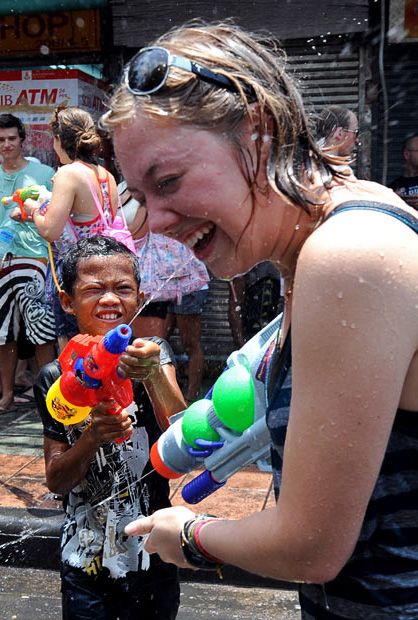 A child and a foreign tourist spray each other with water along the tourist area of Khao San Road.