Basalt – a volcanic rock is formed by the rapid cooling of lava. In a world of huge number of basalt formations, the most beautiful collection of 10 of them. 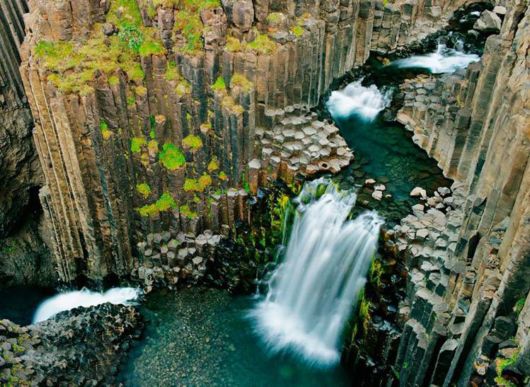 Litlanesfoss, one of the most beautiful waterfalls in Iceland. Millions of basalt columns make waterfall even more fantastic. 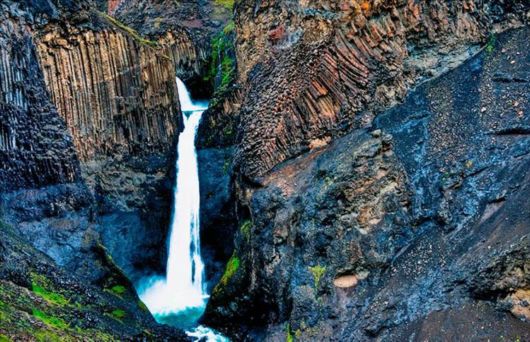 It enjoys great popularity with photographers, but to the place of shooting to get quite difficult, so each frame is made in this waterfall weight in gold. 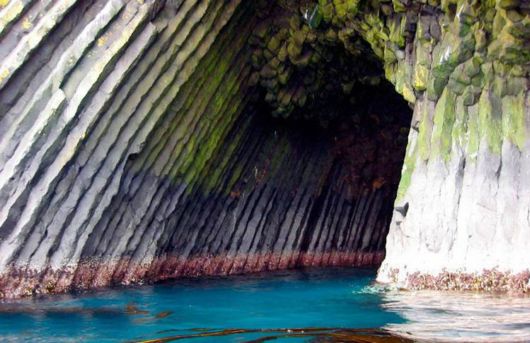 This amazing cave is located on the island Akun, North – West Alaska. And part of the Aleutian Islands. 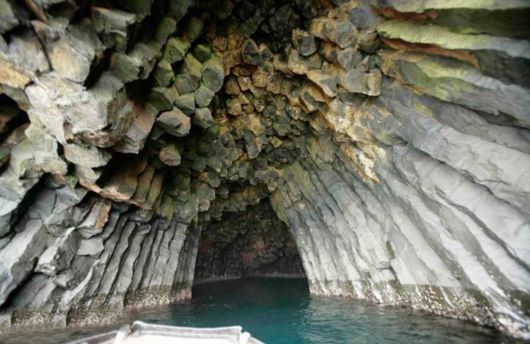 Many of the islands of the Aleutian chain composed of columnar basalt. Akun Island also consists mainly of basalt and has several sea caves.
Yes Dia gene 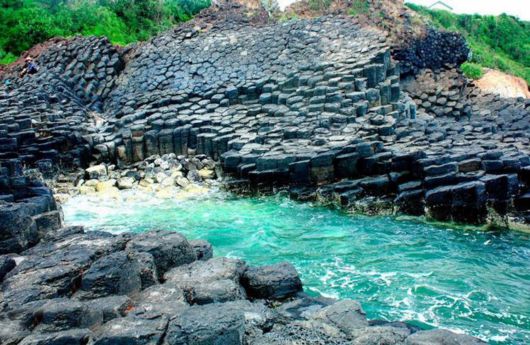 Rarely visited, a hidden gem of Vietnam – a miracle of nature, formed from volcanic basalt rocks, which are sculpted columns of different heights. 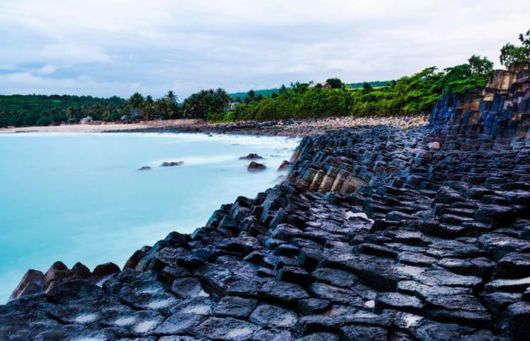 This formation is almost untouched by tourists as it is located away from the tourist trail – in Ninh Dong Commune in Phu Yen province.
Takachiho Gorge, Japan 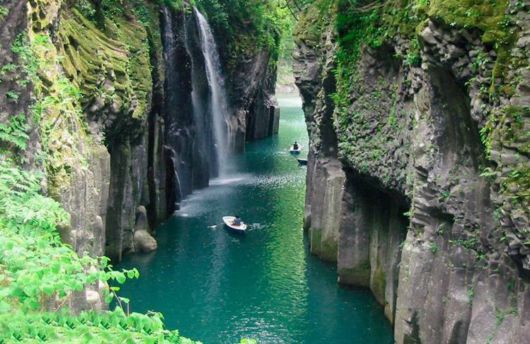 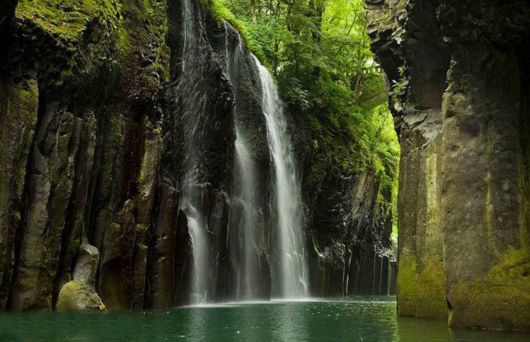 Just next to the gorge is 600 meters scenic trail 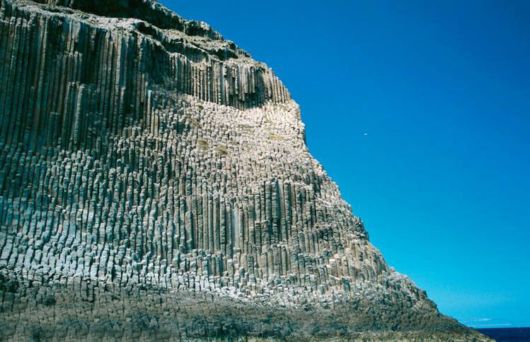 Los Organos a steep rock formations that rise out of the ocean near the northern coast of La Gomera. Thousands of high vertical basalt columns reminiscent of a giant church organ pipes 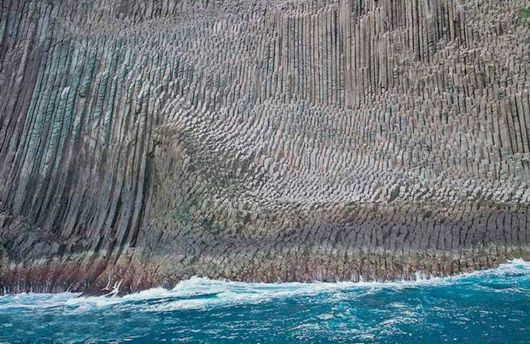 Monumento Natural Los Organos Valeermoso located in the region in the north-west coast of the island, but it’s not visible from the ground.
Garni Gorge 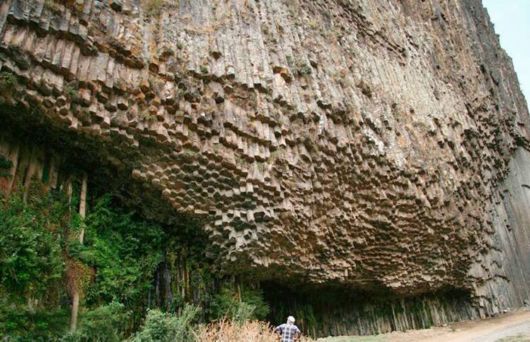 Garni Gorge – a rather unusual Gorge, located near the village of Garni, Armenia.Is a steep rocks, consisting of high-five, mostly hexagonal basalt columns that extend to the bottom of the valley. 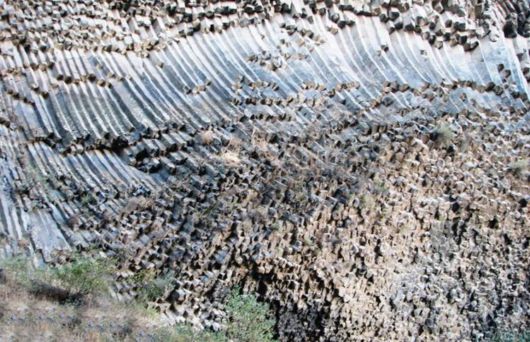 Near the gorge is the famous monastery Geghard, listed as a World Cultural Heritage.
Fingal’s Cave 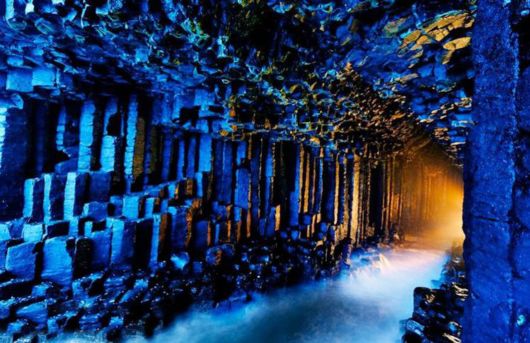 Fingal’s Cave, located in the south of the island and that is part of his reserve, was named after the hero of the Irish and Gaelic epic giant Fingal. 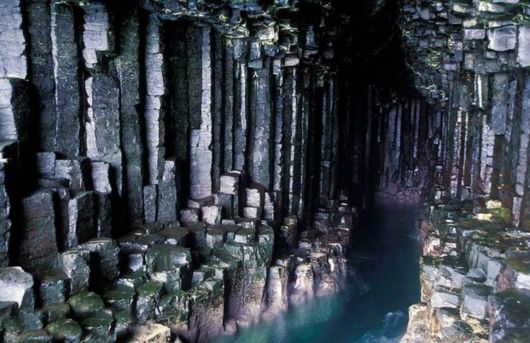 Cave 75metrov length, 20 meters in height and width – 14metrov, formed basalt columns lined up next to each other. The sounds of the rolling waves are given throughout the 75-meter length of the cave, and it literally "singing", creating amazing sounds, because the acoustics in the cave is a fantastic and unique.
Giants Road 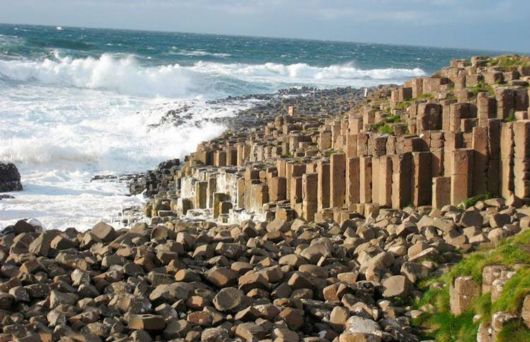 Road or trail the Giants – a unique coastal community in Northern Ireland. It represents about 40,000 basalt columns, which are connected to each other and came after an ancient volcanic eruption. 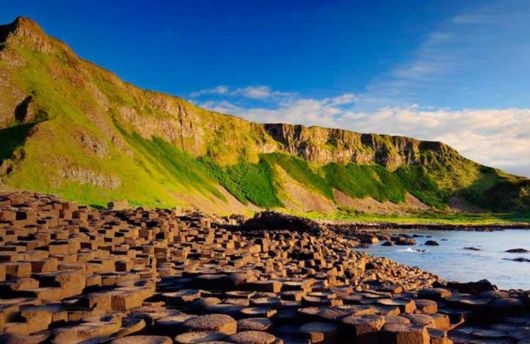 Giant Trail is the most popular tourist attraction in Northern Ireland. It is located about 3 km north of the town of Bushmills
Waterfall Svartifoss 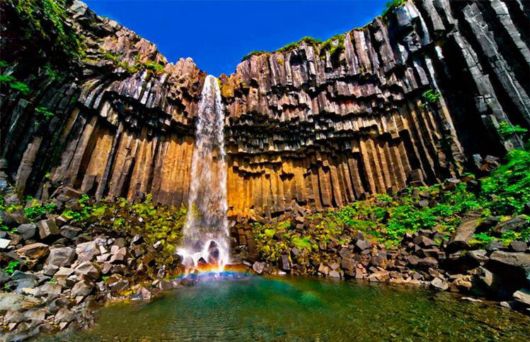 Svartifoss waterfall ("Dark Falls") is the most memorable landmark in the national park "Skaftafell" in Iceland. Rock on which the water falls, consists of black basalt hexagonal columns. Height of the waterfall reaches 25 meters. 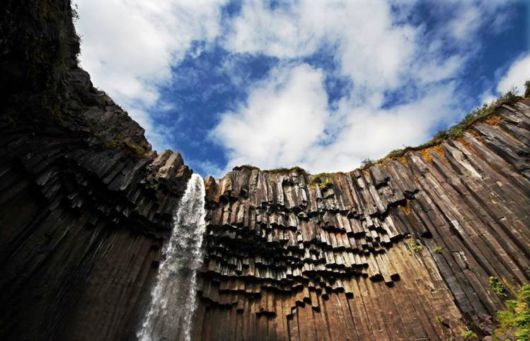 It is interesting that similar forms of columns form the basis of architectural creativity Iceland – Reykjavik Cathedral and the National Theatre.
Cape Stolbchaty 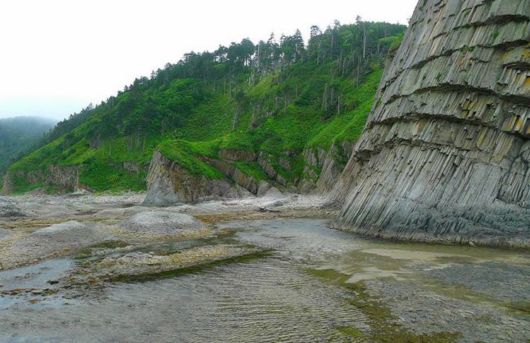 Cape Bar Graph is on Kunashir, the southernmost island of the Greater Kuril Islands. It is included in the register of UNESCO as a natural monument of world importance. 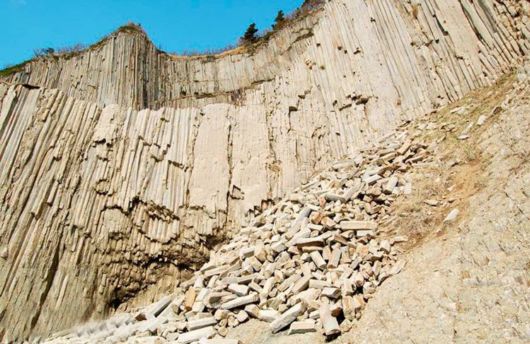 Once upon a volcano on the island of Kunashir were very active.Cape Stolbchaty resulted from periodic eruptions. Basaltic lava poured, cooled and cracked. Formed due to a number of places special temperature its solidification, basalt array divided into four-, five-, and hexagonal columns.