From the mysterious sailing stones of Death Valley to red tides, orange moons and ice circles, our world is full of bizarre phenomena. Here are 13 of the most interesting wonders on this planet! 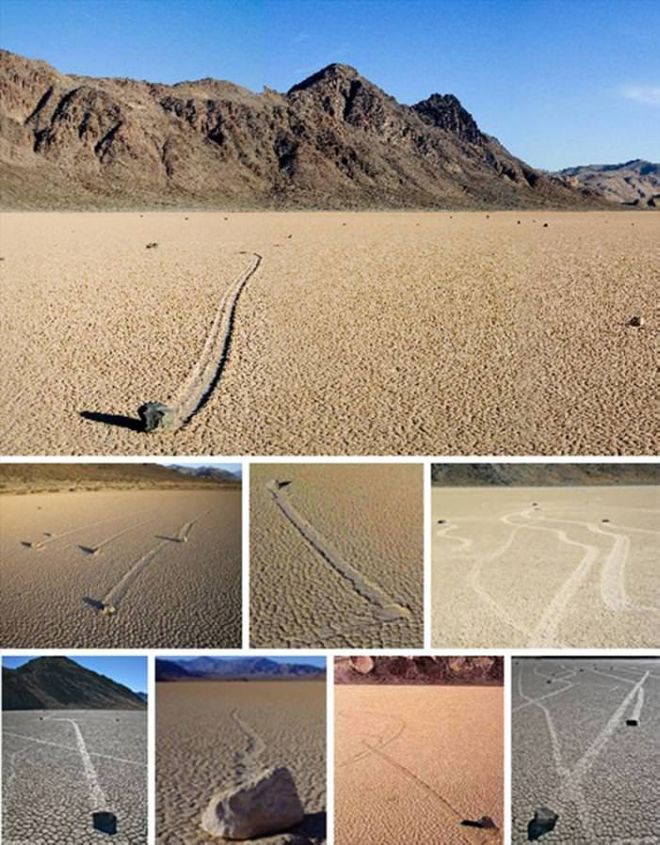 The mysterious moving stones of the packed-mud desert of Death Valley have been the center of scientific controversy for decades. Rocks weighing hundreds of pounds have been known to move hundreds of yards at a time.

Some scientists have theorized that a combination of strong winds and surface ice account for these movements. However, this theory does not explain evidence of different rocks starting side by side and moving at different rates in disparate directions. Moreover, the physics calculations do not fully support this theory, as wind speeds of hundreds of miles per hour would be needed to move some of the stones. 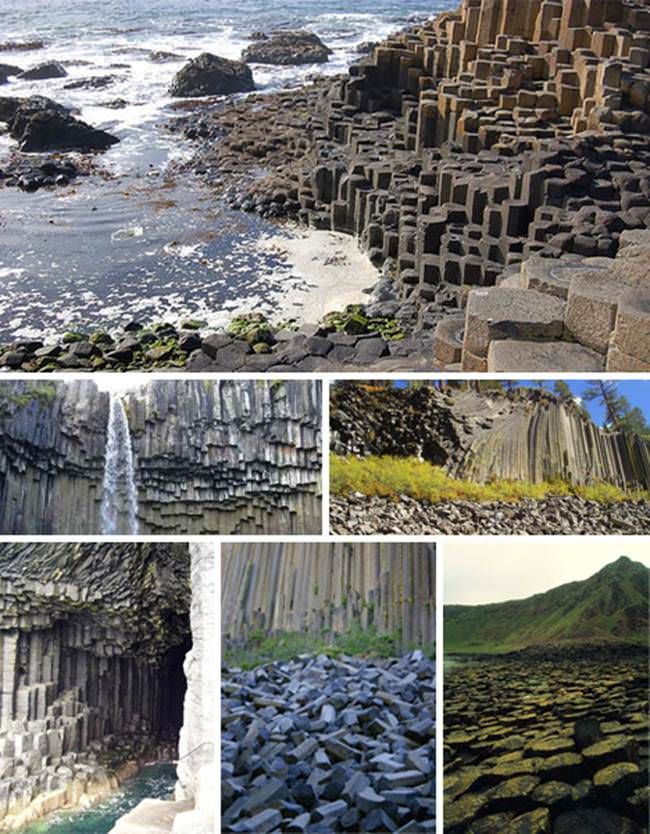 When a thick lava flow cools, it contracts vertically, but cracks perpendicular to its directional flow with remarkable geometric regularity, in most cases forming a remarkable grid of hexagonal extrusions that almost appear to be made by man.

One of the most famous examples is the Giant’s Causeway on the coast of Ireland (shown above), though the largest and most widely-recognized is arguably Devils Tower in Wyoming, USA. Basalt also forms in different but equally fascinating ways when eruptions are exposed to air or water. 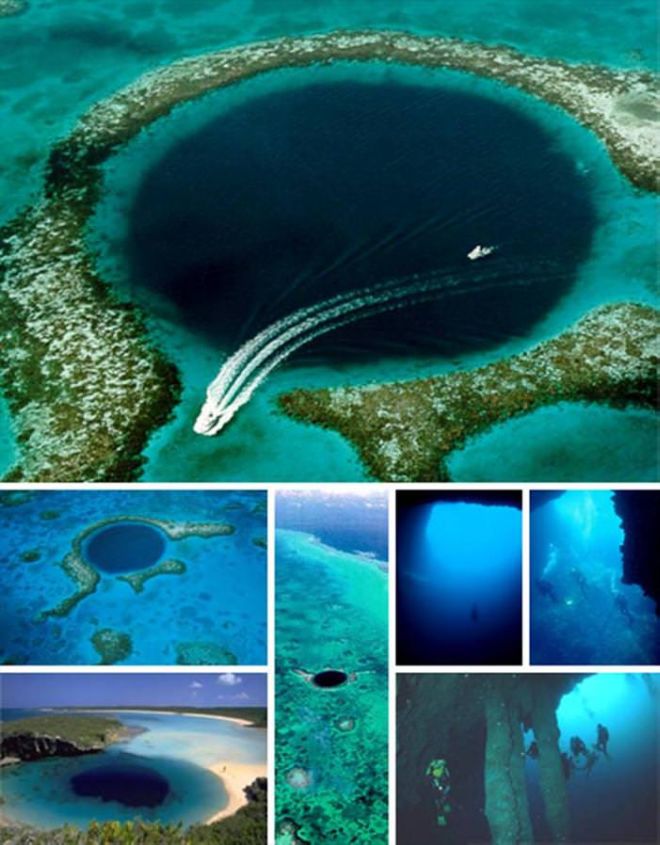 Blue holes are giant and sudden drops in underwater elevation that get their name from the dark and foreboding blue tone they exhibit when viewed from above in relation to their surrounding waters. They can be hundreds of feet deep, and while divers are able to explore some of them, they are largely devoid of oxygen and therefore cannot support marine life due to poor water circulation, leaving them eerily empty.

Some blue holes, however, contain ancient fossil remains that have been discovered, preserved in their depths. 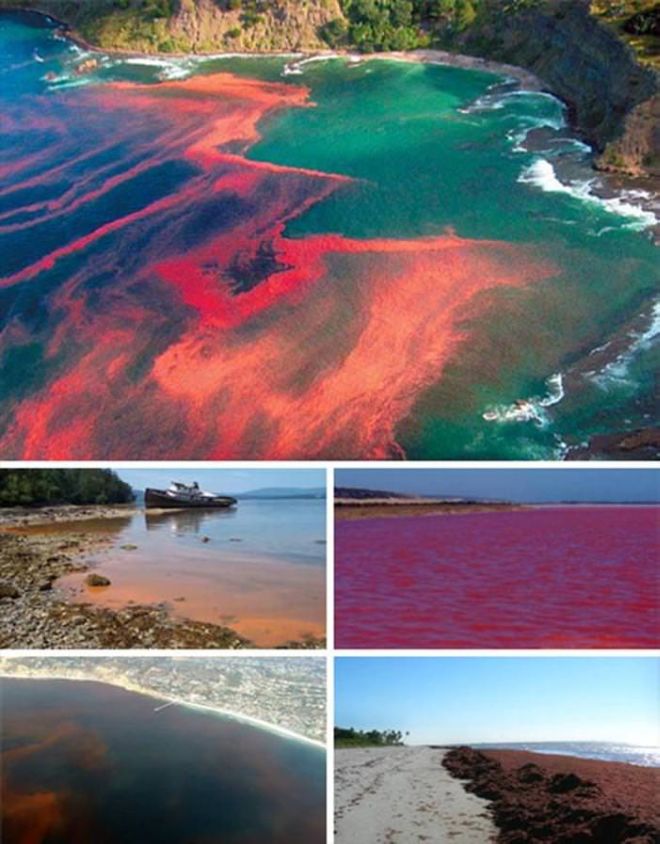 Red tides are also known as algal blooms. They are sudden influxes of massive amounts of colored single-cell algae that can convert entire areas of an ocean or beach into a blood red color. While some of these can be relatively harmless, others can be harbingers of deadly toxins that cause the deaths of fish, birds and marine mammals.

In some cases, even humans have been harmed by red tides, though no human exposure is known to have been fatal. While serious harm to humans remains a possibility when they are in large numbers, the constituent phytoplankton in red tides are not harmful in small numbers. 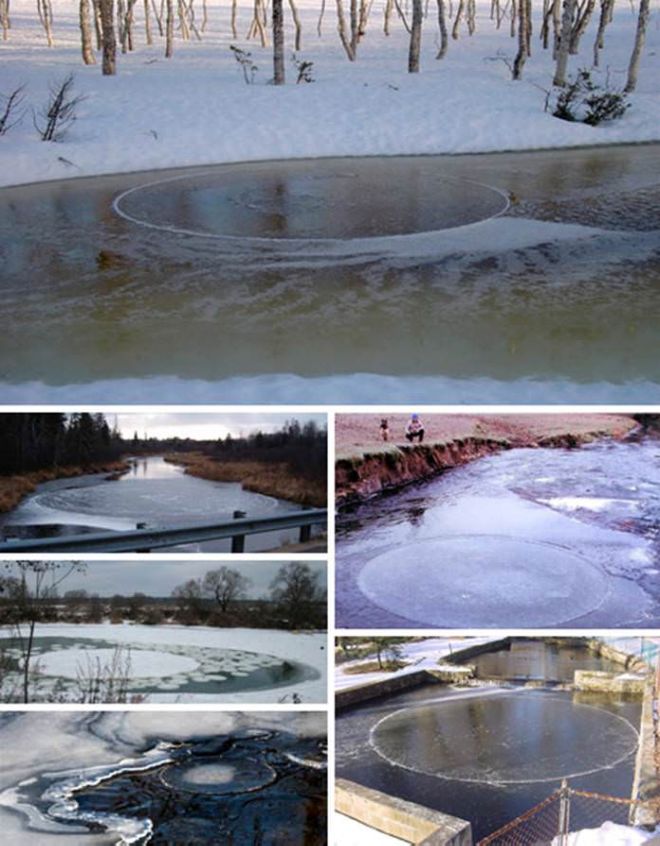 While many see these apparently perfect ice circles as worthy of conspiracy theories, scientists generally accept that they are formed by eddies in the water, that spin a sizable piece of ice in a circular motion. As a result of this rotation, other pieces of ice and flotsam wear relatively evenly at the edges of the ice until it slowly forms into an essentially perfect circle.

Ice circles with diameters of over 500 feet have been observed, and can also at times be found in clusters and groups of different sizes as shown above.