The Natural Beauty of the United States

The United States is blessed with diverse geographical beauty, with some places that stand out among the rest, as true works of natural art. People have different ideas of who the artist is, but these 16 locations are true masterworks of topography, drama, and unforgettable vision.

This picturesque lake holds several titles, including the largest alpine lake, second-deepest, and sixth largest volume of fresh water in the United States. It is located in the Sierra Nevada range, at an elevation of 6,225ft (1,897m). Experts believe that it formed around 2 million years ago, and nowadays it is a popular tourist attraction. 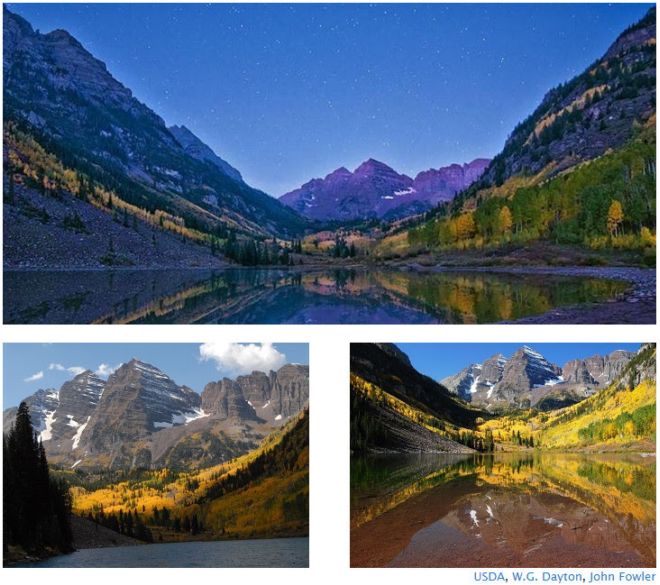 Colorado’s untamed nature can be experienced here at its finest, in an area that spreads across 181,500 acres, with 100 miles (160km) of paths, meandering between snow-covered peaks, lakes, and woodlands. The area is named after the two peaks known as “Maroon Bells” and Snowmass mountain.