Open only in 1952, the waterfall Baatar in Lebanon – is not just a fancy waterfall. You can tell he truly fantastic creation of nature. A waterfall drops from a height of 255 meters in a huge limestone cave Jurassic period. The age is 160 million years old 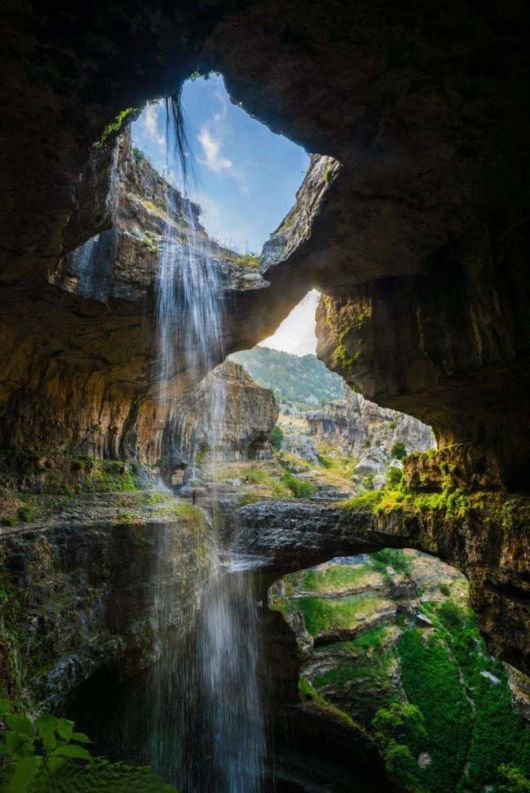 It is located on Mountain Trail (Mountain Trail) in Lebanon, and the abyss into which it falls, known as the "Three Bridges Chasm» (Three Bridge Chasm). It owes its name to the fact that the fall in the valley of the stream running through the three natural bridges, each of which hangs over the other. 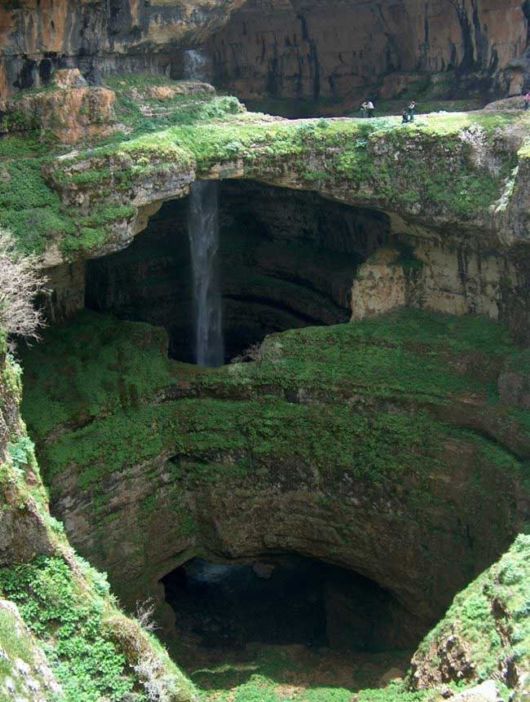 Waterfall reaches its power when the snow begins to melt and the water cascades falling into the abyss. In the 80 years scientists have colored the water, and it turned out that, ultimately, it comes out near the village of al-Mgharet Ghauagir. 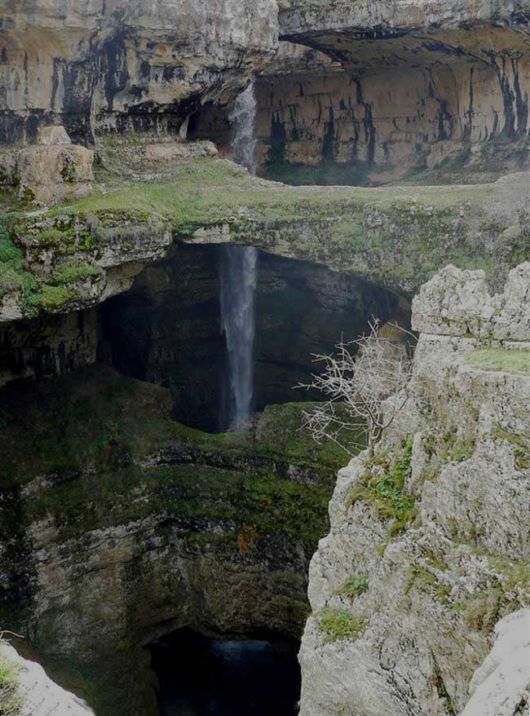 Falls is one of the most remarkable geological formations on the planet. Addressed the issue of the equipment and its safety devices pulling the rope or other such devices to service recovery of athletes. Fortunately, this idea was rejected because the authorities considered that the installation of such equipment violates the incomparable beauty of this place. 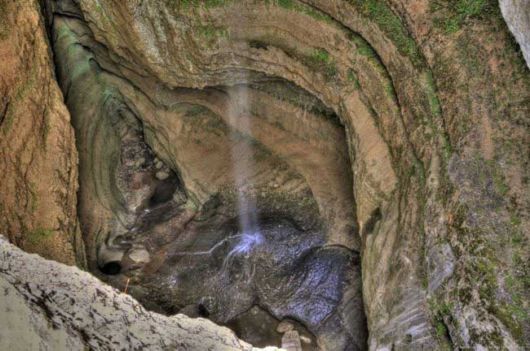 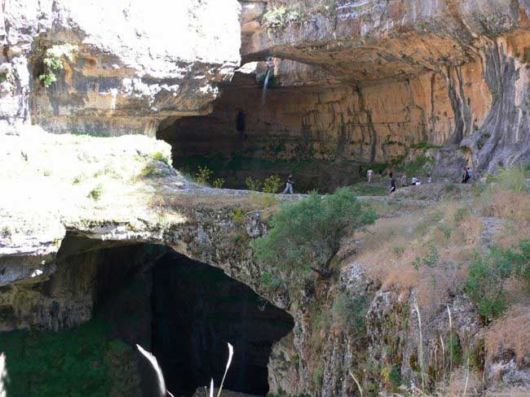 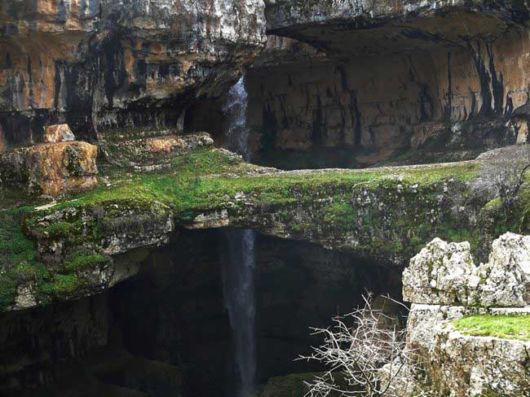 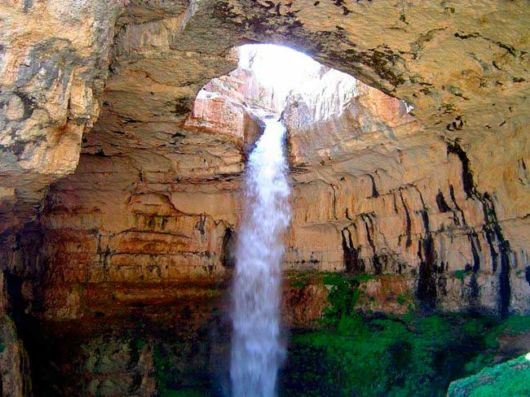 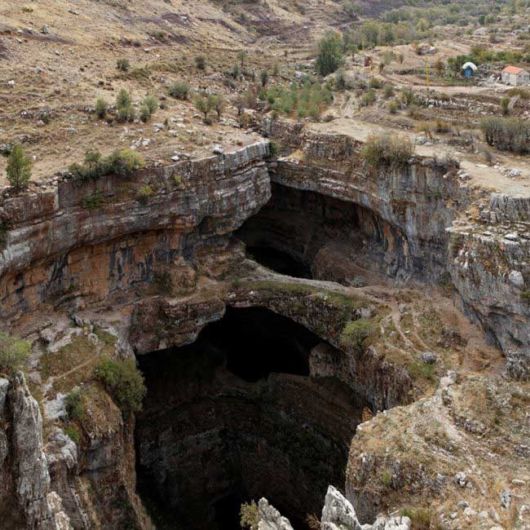 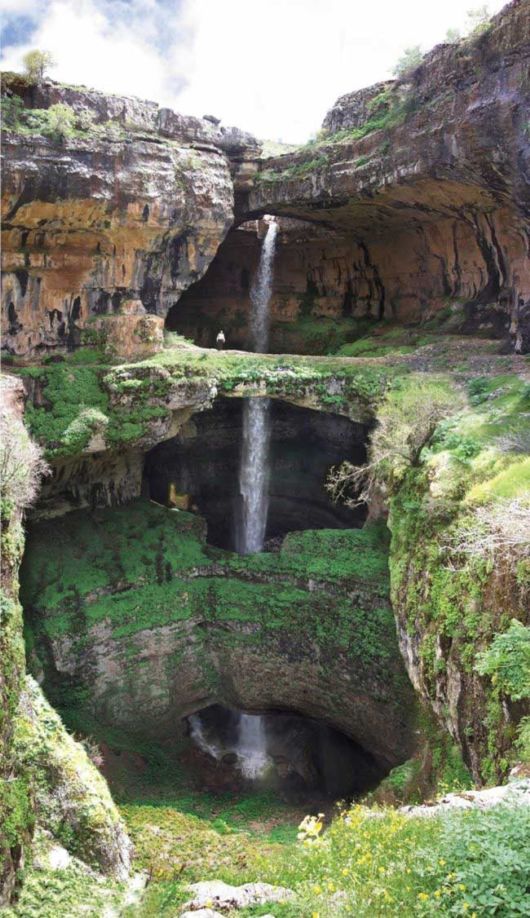