Geology, or the study of the Earth’s rocks and how they were formed, is all around us, but there are some unique and bizarre occurrences that scientists have rushed to explain. Here is a list of some of the weird and wonderful geological discoveries, some of which remain a mystery to scientists and nature-lovers alike. 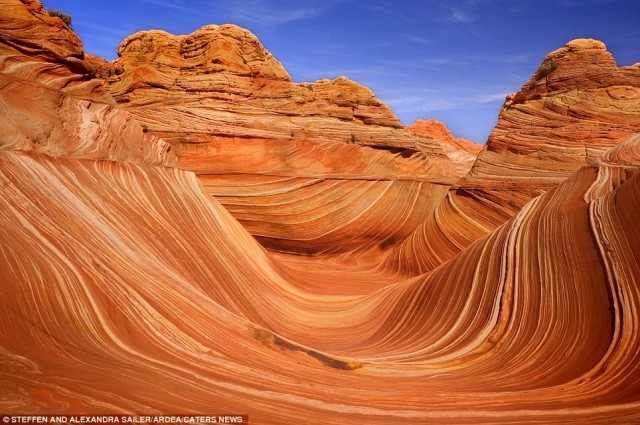 This gorgeous sandstone rock formation near the Arizona-Utah border naturally took on this wave-like formation about 190 million years ago. Today, it is famous among hikers and photographers for its colorful forms and the rugged, trackless hike that leads to it. 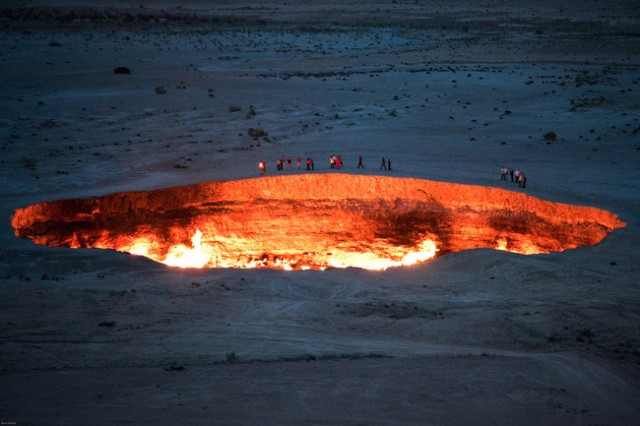 A natural gas field in Derweze, Turkmenistan, this fiery pit was created following a drilling accident in a gas mine, which left a huge crater. 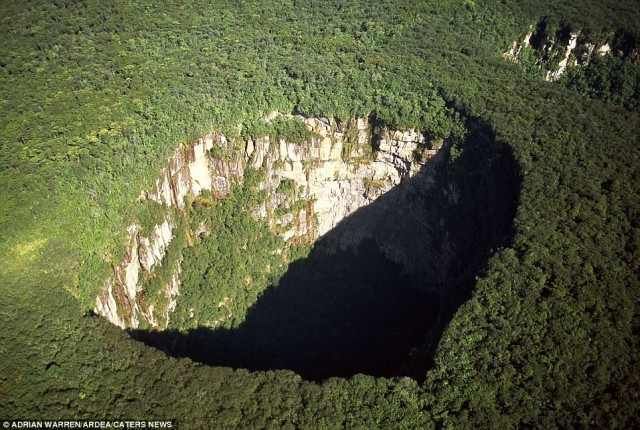 Located in the center of Jaua Sarisarinama National Park in Venezuela, this sinkhole is a natural depression in the Earth’s surface. The sinkhole has a completely isolated and different forest ecosystem at its bottom. 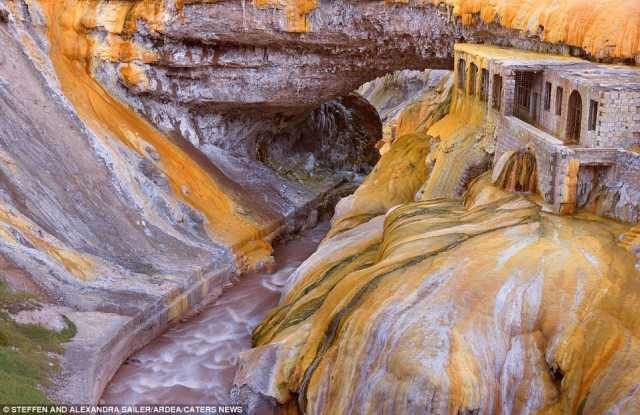 “The Inca’s Bridge” is a natural arch that forms a bridge over the Vacas River. The ‘bridge’ was most likely formed when cold and hot elements interacted millions of years ago, creating a path for sulfurous water that left behind a colorful trail. 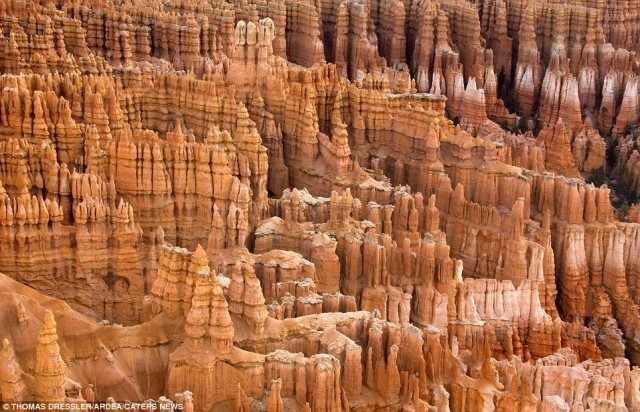 Although this may look like another canyon, it is actually a natural amphitheater because the rock formation is steep enough to amplify sounds and echoes. Bryce is known for its distinctive geological structures called hoodoos, formed by frost weathering and stream erosion of a river and lake many years ago. 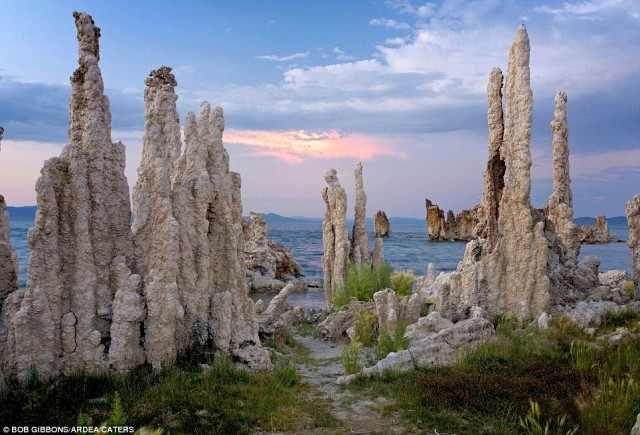 This unusual landscape located in the California Desert National Conservation Area consists of over 500 tufa spires, or porous rock forms created when springs interact with bodies of water. Some of the spires reach a height of nearly 140 feet (43 meters)! 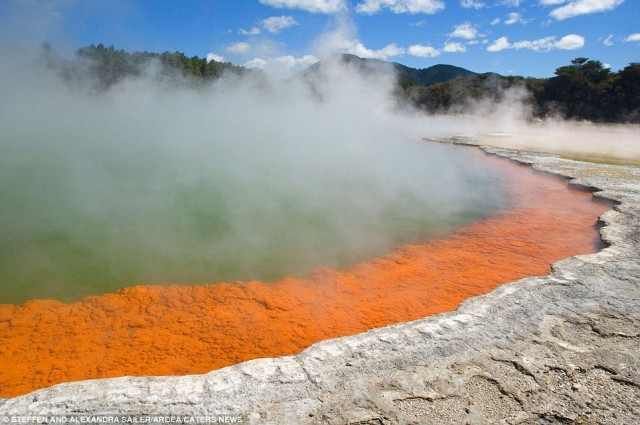 Wouldn’t it be wonderful to bathe in champagne? Well that’s not exactly what this geothermal lake in the North Island of New Zealand is. It is actually a colorful hot spring with a surface temperature of nearly 74 degrees Celsius, with carbon dioxide bubbling on the surface. 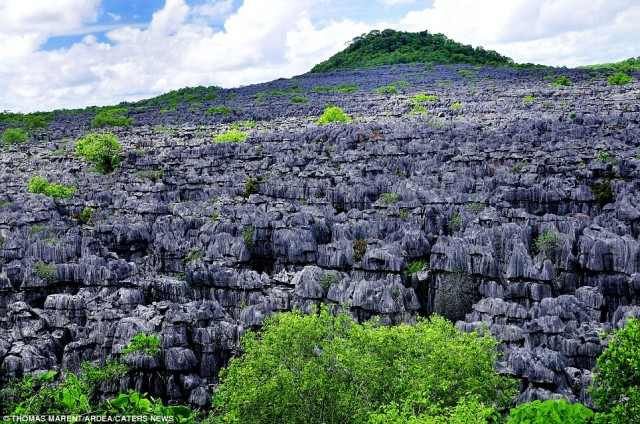 A series of carpet limestone pinnacles in the Northern part of Madagascar. The nature reserve is also known for its unique mangrove forests, and wild bird and lemur populations. 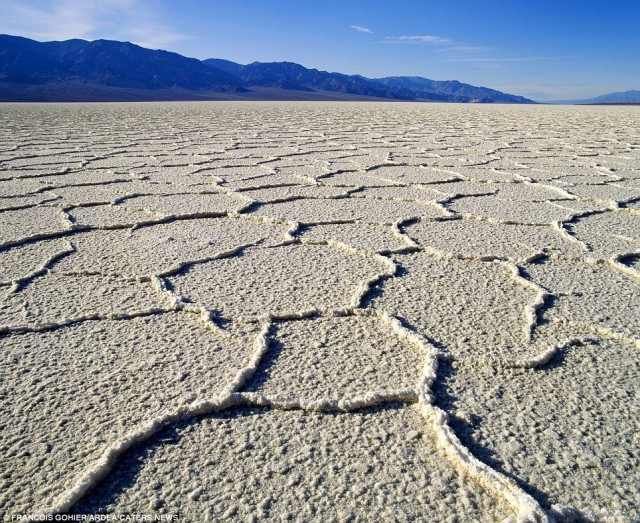 Located in an area known as Death Valley, this is the lowest point in North America, with an elevation of -282 ft. below sea level (86 m). 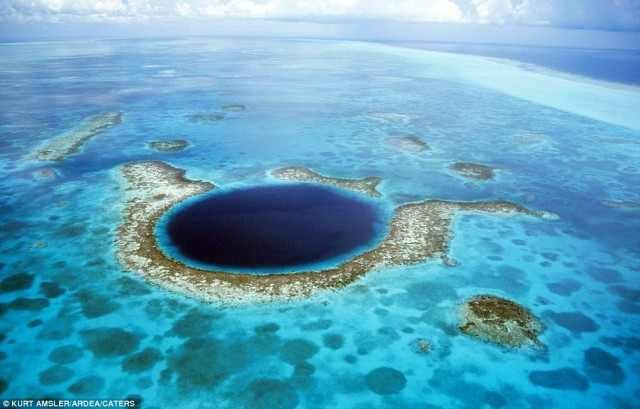 A large submarine sinkhole that measures over 984 feet across and 407 feet deep (300 X 124m), the Blue Hole was formed during a glacial period when sea levels were much lower. It is famed in history and literature as an area so shallow that most boats don’t make it out.