Unless you’re lucky enough to have visited some of the unique shorelines below you’ll probably be used to seeing – at best – golden beaches on your travels. In fact a lot of people believe golden sands to be the only option when it comes to beaches. To prove otherwise, and to show off a few of the world’s most uniquely coloured stretches of sand, we present the following selection…. 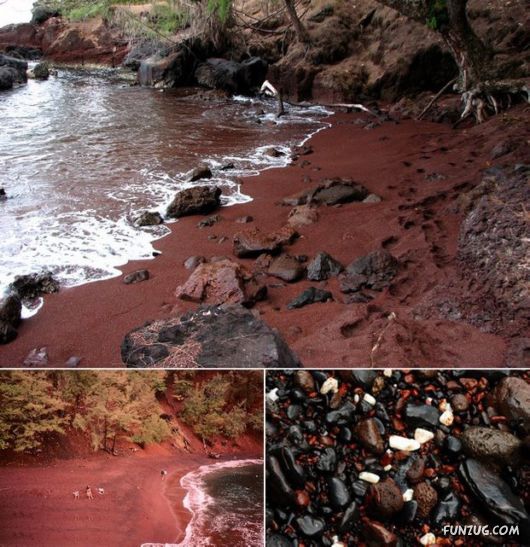 Punalu’u Beach is the most visited of the few black sand beaches on Hawaii’s Big Island and the stunningly black sand is actually volcanic rock, deposited as lava and subsequently cooled when met by the ocean. Apparently to take any of the sand home would result in you being cursed by a volcano goddess by the name of Pele. 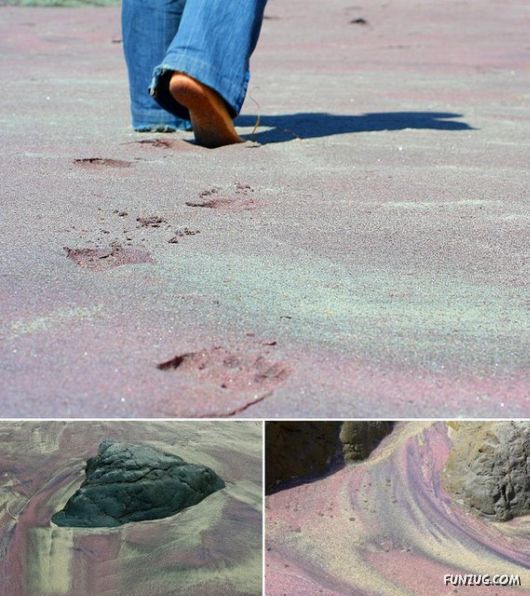 One of only 2 green sand beaches in the world, the truly magnificent sight of Papakolea Beach can be experienced by travelling to Hawaii’s Ka’u district. Again, the unique colour of its sand can be attributed to volcanic activity – specifically, the green hue belongs to the abundance of olivine crystals which have been produced as a result of a nearby cinder cone erupting and eroding. 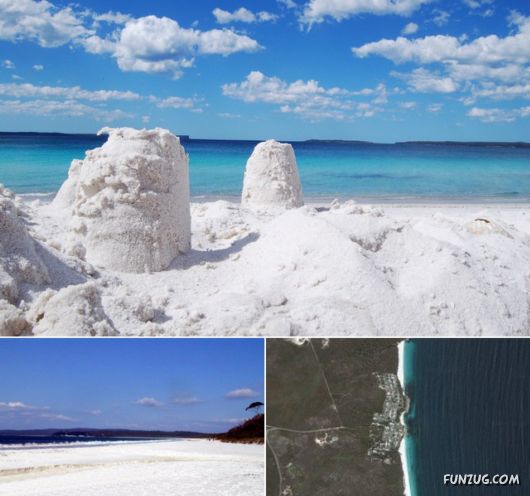 You may need to wear your shades when visiting Hyams Beach in New South Wales, Australia, but not just due to the sun. It’s not surprising after looking at photos but this sublime stretch of beach is home to the whitest sand in the world, an honour awarded by the Guinness Book of Records. 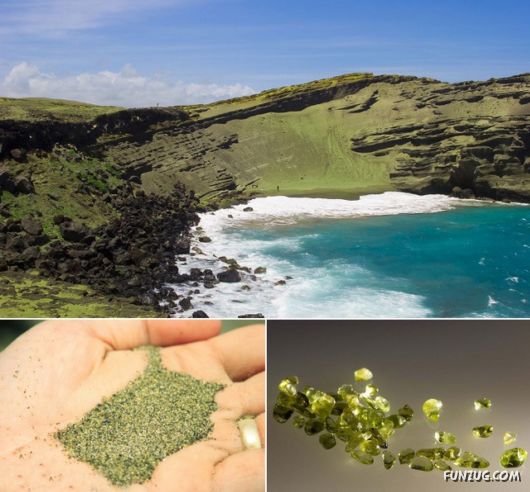 The hills surrounding Pfeiffer Beach in Big Sur, California, are rich in Manganese Garnet. A result of this being washed down onto the beach is the colour scheme you can see above – the entire stretch of sand has become a shifting, pink and purple canvas. Although it’s probably inedible, I can’t help picturing a bowl of Raspberry Ripple ice-cream every time I see it. 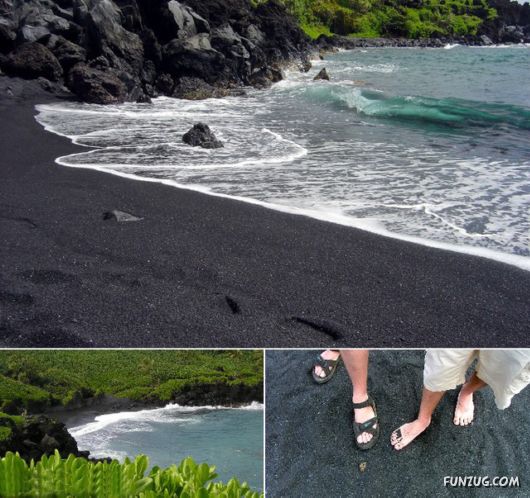 You won’t find many beaches elsewhere in the world with sand as red as this one. Kaihalulu, or Red Sand Beach, is situated on the island of Maui and can thank the neighbouring cindercone hill for its intensely deep red appearance. 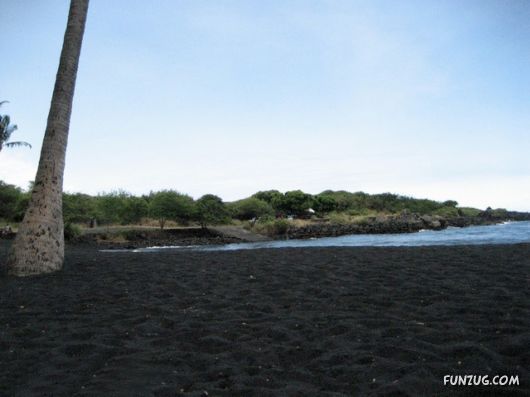 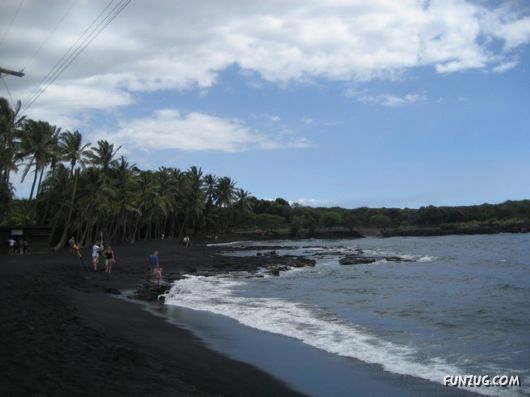 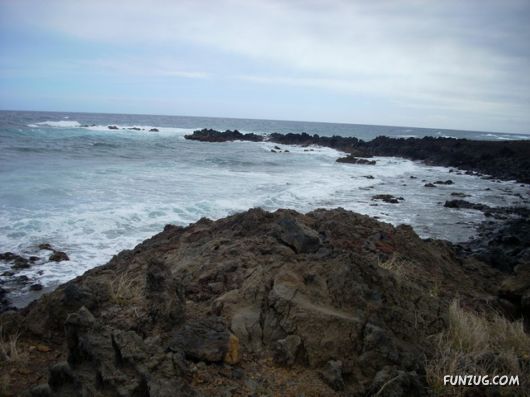 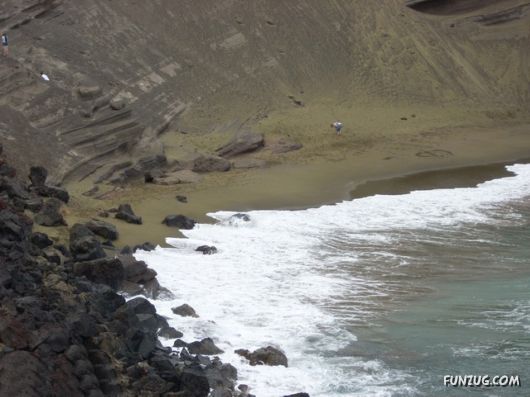 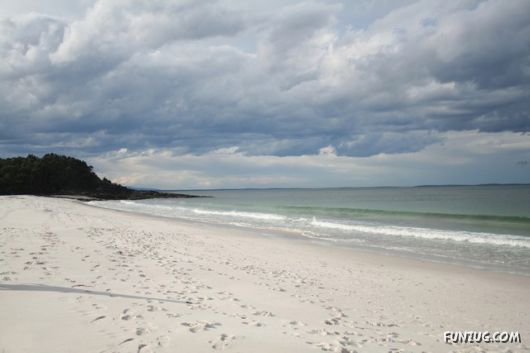 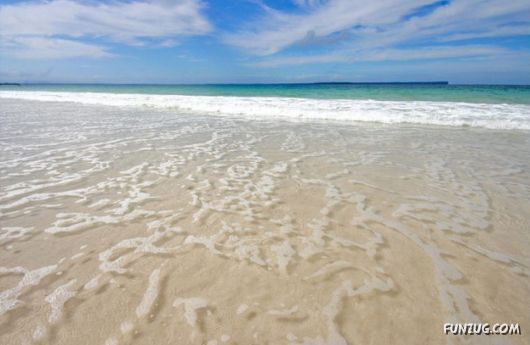 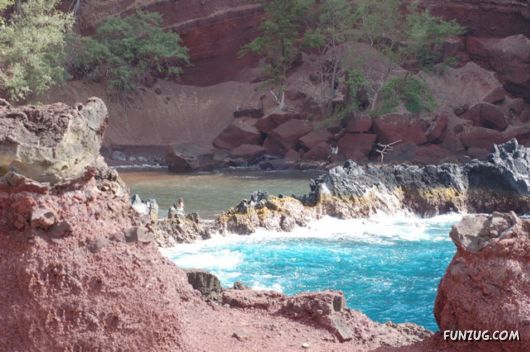 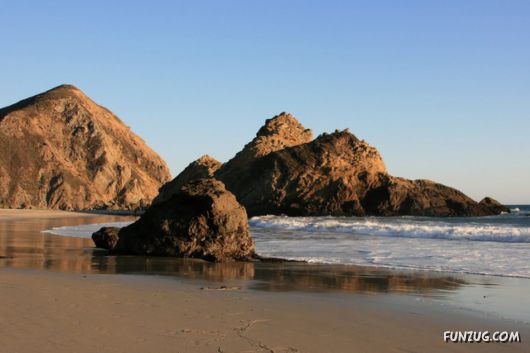 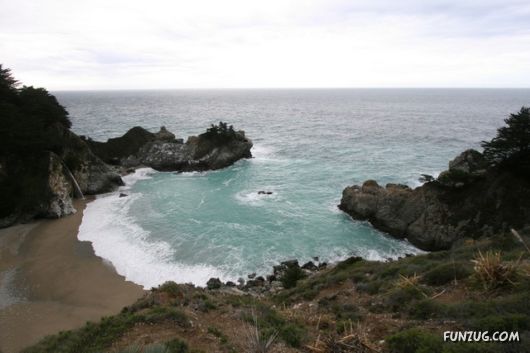 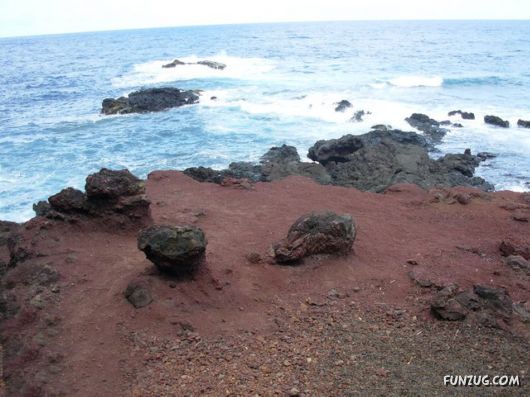