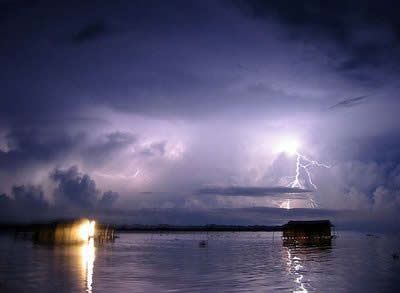 The mysterious "Relámpago del Catatumbo" (Catatumbo lightning) is a unique natural phenomenon in the world. Located on the mouth of the Catatumbo river at Lake Maracaibo (Venezuela), the phenomenon is a cloud-to-cloud lightning that forms a voltage arc more than five kilometre high during 140 to 160 nights a year, 10 hours a night, and as many as 280 times an hour. This almost permanent storm occurs over the marshlands where the Catatumbo River feeds into Lake Maracaibo and it is considered the greatest single generator of ozone in the planet, judging from the intensity of the cloud-to-cloud discharge and great frequency.

The area sees an estimated 1,176,000 electrical discharges per year, with an intensity of up to 400,000 amperes, and visible up to 400 km away. This is the reason why the storm is also known as the Maracaibo Beacon as light has been used for navigation by ships for ages. The collision with the winds coming from the Andes Mountains causes the storms and associated lightning, a result of electrical discharges through ionised gases, specifically the methane created by the decomposition of organic matter in the marshes. Being lighter than air, the gas rises up to the clouds, feeding the storms. Some local environmentalists hope to put the area under the protection of UNESCO, as it is an exceptional phenomenon, the greatest source of its type for regenerating the planet’s ozone layer. 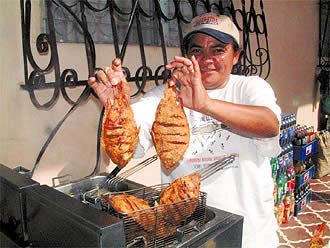 The Rain of Fish is common in Honduran Folklore. It occurs in the Departamento de Yoro, between the months of May and July. Witnesses of this phenomenon state that it begins with a dark cloud in the sky followed by lightning, thunder, strong winds and heavy rain for 2 to 3 hours. Once the rain has stopped, hundreds of living fish are found on the ground. People take the fish home to cook and eat them. Since 1998 a festival known as "Festival de la Lluvia de Peces" (Rain of Fish Festival) is celebrated every year in the city of Yoro, Departamento de Yoro, Honduras. 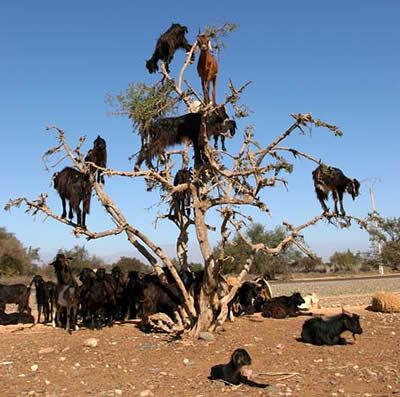 Goats on trees are found mostly only in Morocco. The goats climb them because they like to eat the fruit of the argan tree, which is similar to an olive. Farmers actually follow the herds of goats as they move from tree to tree. Not because it is so strange to see goats in trees and the farmers like to point and stare, but because the fruit of the tree has a nut inside, which the goats can’t digest, so they spit it up or excrete it which the farmers collect. The nut contains 1-3 kernels, which can be ground to make argan oil used in cooking and cosmetics. This oil has been collected by the people of the region for hundreds of years, but like many wild and useful things these days, the argan tree is slowly disappearing due to over-harvesting for the tree’s wood and overgrazing by goats. 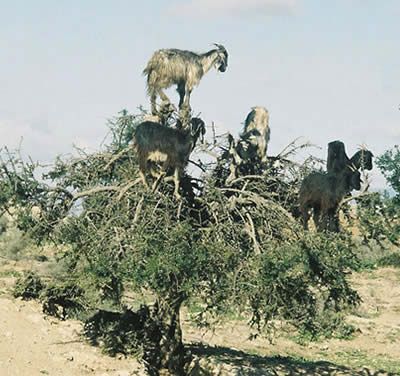 As a result a group of people and organizations have banded together to try to save the tree. To do so one of the primary locations where the trees grow has been declared a biosphere preserve. It was also decided that by making the world aware of the oil, it’s great taste and supposed anti-aging properties, would create a demand for it. However, the people who planned to market the oil could not envision people wanting to put an oil on their food or their face that was collected from goat excrement. As a result, a campaign is being led to ban grazing on the trees by goats during certain parts of the year to allow the fruit to ripen and fall off on its own. The fruit is then collected and turned into oil by oil cooperatives. So far, this arrangement seems to be working. (Photo: Remo Saviaar)
4. Kerala’s (extraterrestrial?) Red Rain

From 25 July to 23 September 2001, red rain sporadically fell on the southern Indian state of Kerala. Heavy downpours occurred in which the rain was coloured red, staining clothes with an appearance similar to that of blood. Yellow, green, and black rain was also reported.

It was initially suspected that the rains were coloured by fallout from a hypothetical meteor burst, but a study commissioned by the Government of India found that the rains had been coloured by airborne spores from a locally prolific terrestrial alga. Then in early 2006, the coloured rains of Kerala suddenly rose to worldwide attention after media reports of a conjecture that the coloured particles were extraterrestrial cells, proposed by Godfrey Louis and Santhosh Kumar of the Mahatma Gandhi University in Kottayam. The terrestrial origins of the solid material in the red rain were supported by an investigation into the isotopic ratios of nitrogen and carbon.

5. Brazilian’s longest wave on the Earth 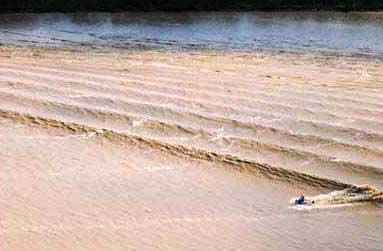 Twice a year, between the months of February and March, the Atlantic Ocean waters roll up the Amazon river, in Brazil, generating the longest wave on the Earth. The phenomenon, known as the Pororoca, is caused by the tides of the Atlantic Ocean wich meet the mouth of the river. This tidal bore generates waves up to 12 feet high which can last for over half an hour. 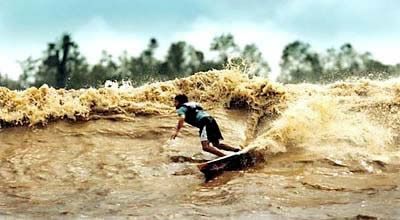 The name "Pororoca" comes from the indigenous Tupi language, where it translates into "great destructive noise". The wave can be heard about 30 minutes before its arrival, and it’s so powerful that it can destroy anything, including trees, local houses and all kind of animals. 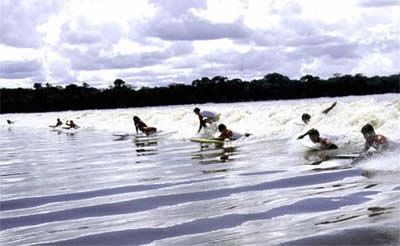 The wave has become popular with surfers. Since 1999, an annual championship has been held in São Domingos do Capim. However, surfing the Pororoca is especially dangerous, as the water contains a significant amount of debris from the margins of the river (often, entire trees). The record that we could find for surfing the longest distance on the Pororoca was set by Picuruta Salazar, a brazilian surfer who, in 2003, managed to ride the wave for 37 minutes and travel 12.5 kilometers. A surfer’s dream: riding an almost never-ending wave.
6. Denmark’s Black Sun 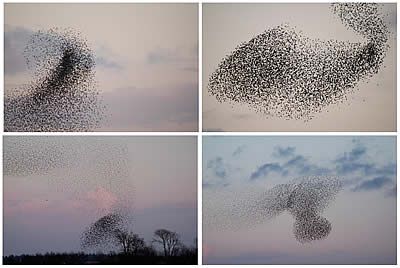 During spring in Denmark, at approximately one half an hour before sunset, flocks of more than a million European starlings (sturnus vulgaris) gather from all corners to join in the incredible formations shown above. This phenomenon is called Black Sun (in Denmark), and can be witnessed in early spring throughout the marshlands of western Denmark, from March through to the middle of April. The starlings migrate from the south and spend the day in the meadows gathering food, sleeping in the reeds during the night. 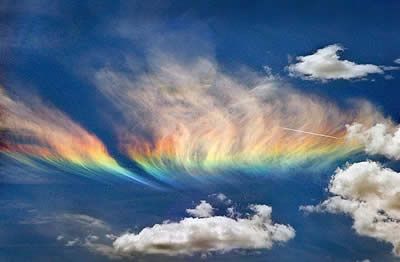 The atmospheric phenomenon known as a circumhorizon(tal) arc, or "Fire rainbow", appears when the sun is high in the sky (i.e., higher than 58° above the horizon), and its light passes through diaphanous, high-altitude cirrus clouds made up of hexagonal plate crystals. Sunlight entering the crystals’ vertical side faces and leaving through their bottom faces is refracted (as through a prism) and separated into an array of visible colors. When the plate crystals in cirrus clouds are aligned optimally (i.e., with their faces parallel to the ground), the resulting display is a brilliant spectrum of colors reminiscent of a rainbow. The example shown above was captured on camera as it hung for about an hour across a several-hundred square mile area of sky above northern Idaho (near the Washington border) on 3 June 2006.