Our world is filled with truly remarkable natural wonders. A few, in fact, are so incredible that you find it hard to believe they actually exist. Some natural wonders, like the Grand Canyon or the Victoria Falls, captivate us with their sheer size and magnificence. However, there are countless other places hidden across different parts of the world that are known for being weird, mysterious, creepy, and at times, seemingly impossible. Here we’ll show you 8 of such places. They are so unusual that some of them appear to be from a different planet altogether.

Located on the island of Java in Indonesia, the Kawah Ijen crater is a one-of-a-kind phenomenon. Also known as the blue volcano, it has become famous because, instead of producing the usual red lava and black smoke, it generates bright blue flames. This happens when the volcano’s sulfur-rich gases are exposed to the air temperature above 360°C (680°F). Sometimes, these flames can rise as high as 16 feet (4.9 m) when they touch the air.

At night, you can see blue lava-like rivers flowing through its crevices, making for a spellbinding sight. From time to time, these gases can liquefy, which is why people often mistake them for lava. 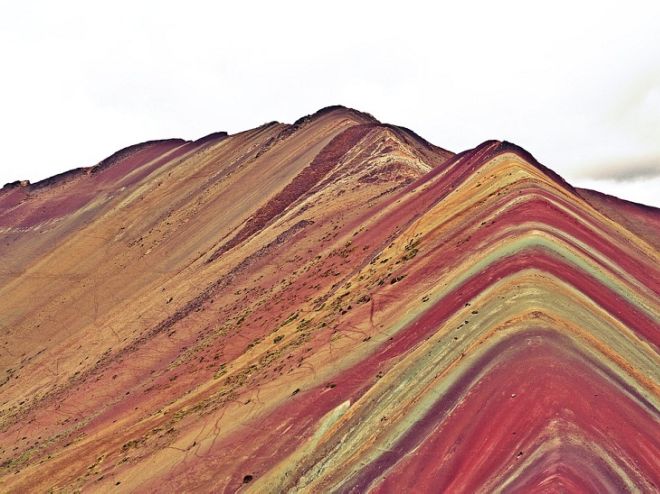 When you first look at it, you would feel like you are inside some fantasy animated movie. After all, how do you register a mountain that is striped with shades of yellows, greens, reds, and purples? The Rainbow Mountain, also called Montaña de Siete Colores (Mountain of Seven Colors), is located in the Andes in the Cusco region of Peru.

The place is believed to be holy and sacred. But the reason behind the magnificent colors in these mountains lies in the ice that used to cover the area. Over time, when the ice melted and the ground continued to erode, the different mineral layers were exposed. This left a series of multicolored stripes along the ridges and makes the mountains appear rainbow-colored.

3. The Door to Hell, Turkmenistan 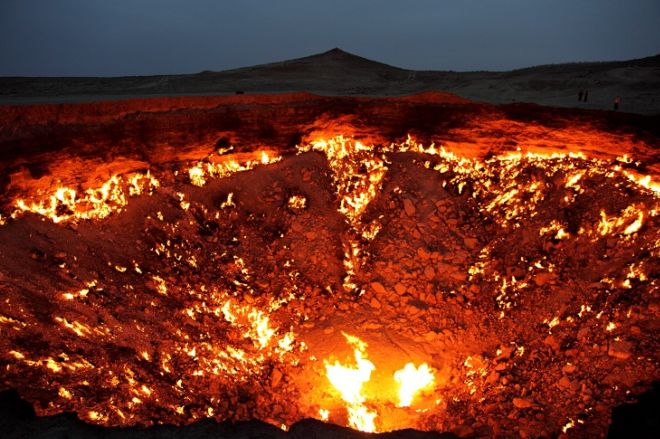 Situated in Derweze, a village in Turkmenistan, in the middle of the Karakum Desert, is a frightening place known as the Darvaza gas crater. It is actually a fiery crater that has been nicknamed “The Gates of Hell” and its blazing glow can be seen for miles around.

The Door to Hell gas crater was created accidentally in 1971 when a Soviet drilling operation tapped a cavern filled with natural gas. The ground caved in after that and left a huge hole that was 70 meters (229 feet) in diameter. Poisonous fumes began leaking at an alarming rate from the cavern and to rein it in, the Soviets set the hole on fire, hoping it would stop the burning in the next few weeks. Decades have passed, but the fiery pit is still burning strongly, leaving even the best scientists befuddled.

The government now hopes that the site will become a tourist attraction. 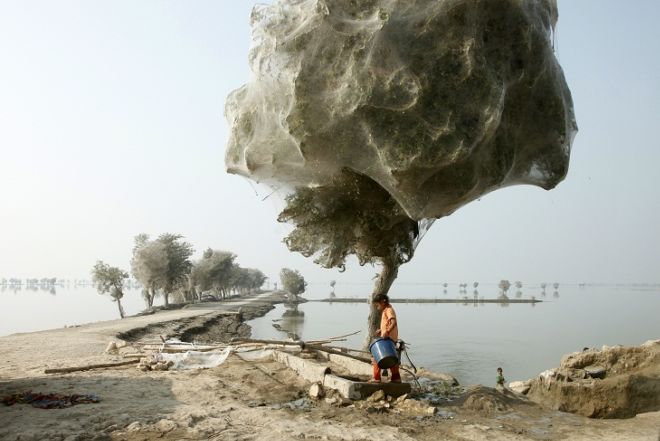 In 2010, many Pakistani cities and villages were ravaged by vicious rainfall and floods. Curiously, this resulted in millions of spiders seeking refuge in trees. This was particularly the case in the trees around the farms and rivers in the village of Sindh. Since the water took a long time to recede, the spiders took shelter in the trees and slowly established their homes in them. Over time, they managed to completely envelop these trees with their webs. This made for a bizarre sight and the people of Sindh hadn’t seen anything like it before.

Initially, the pictures of the trees covered with spider web were considered to be a hoax. However, National Geographic confirmed that the odd phenomenon was actually true. In fact, if you stand under one of these trees, a few arachnids are bound to drop on your head.