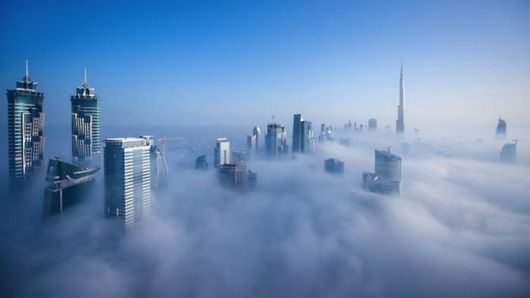 Dubai-based German photographer Sebastian Opitz captures the surreal and mystical look of his adopted city as fog rolls in and out at sunrise. The photographer renames the cityscape as Cloud City for the brief moments when the mist takes over and fills the empty space between the towering buildings. Optiz’s images offer a serene and dreamy view of a bustling city, re-imagining it as a heavenly metropolis in the sky.

The photographer says, “I’ve been living in Dubai for over four years now and always dreamed of taking one of those rare shots from above the fog. This only happens on 4 – 6 days per year and when it happens it will be over by 9 AM. So one has to make sure to be up on the roof of a tower before sunrise and hope for the best.” Luckily, Opitz was there to catch the magical event from high above the city on the 85th floor of the Princess Tower.

Opitz also took a time lapse video that covers a little over four hours in less than two minutes. 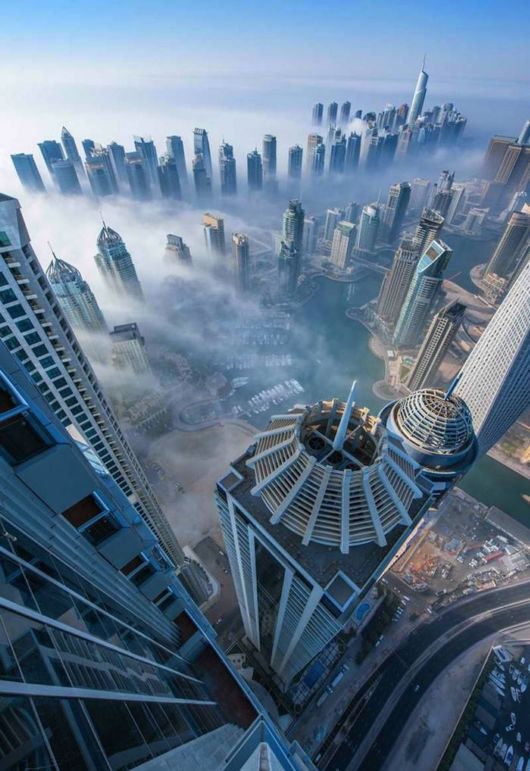 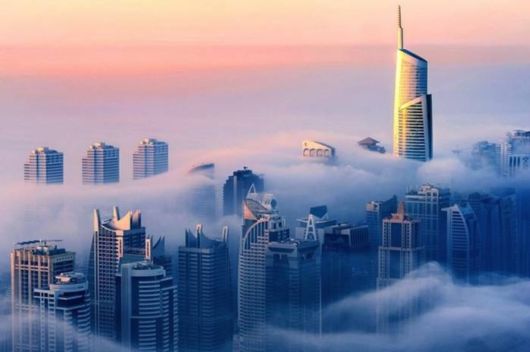 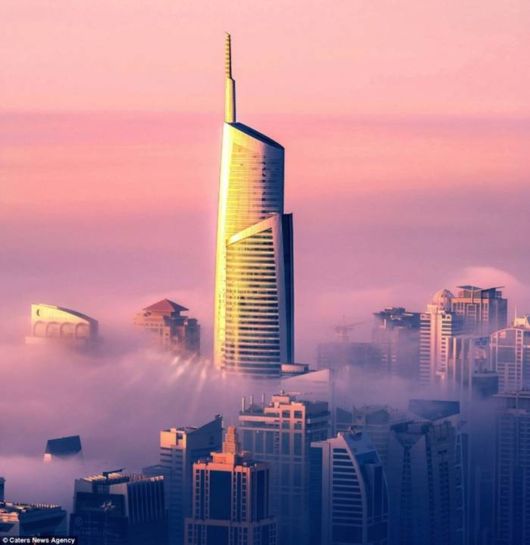 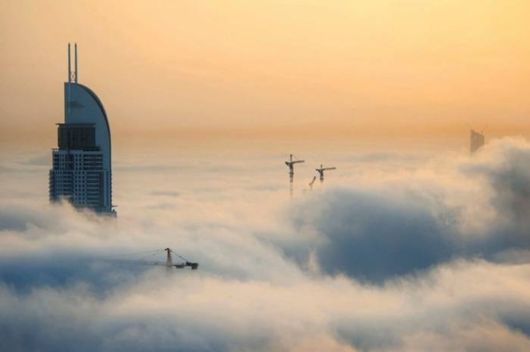 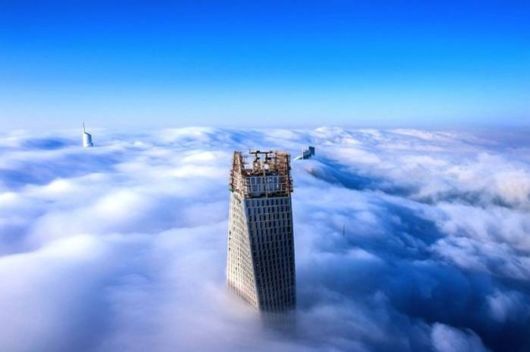 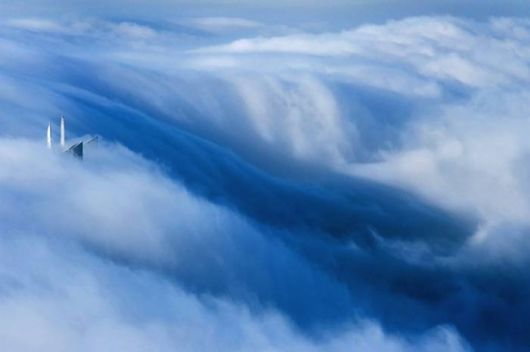 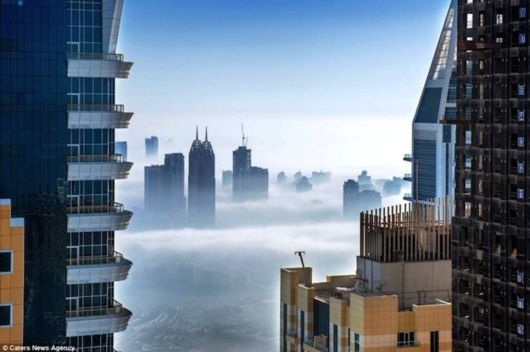