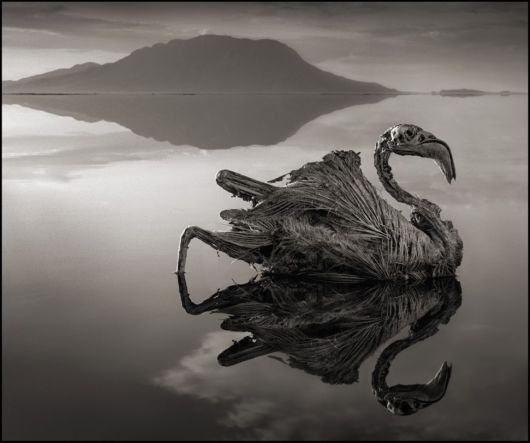 There’s a deceptively still body of water in Tanzania with a deadly secret?it turns any animal it touches to stone. The rare phenomenon is caused by the chemical makeup of the lake, but the petrified creatures it leaves behind are straight out of a horror film.
Photographed by Nick Brandt in his new book, Across the Ravaged Land, petrified creatures pepper the area around the lake due to its constant pH of 9 to 10.5?an extremely basic alkalinity that preserves these creatures for eternity. 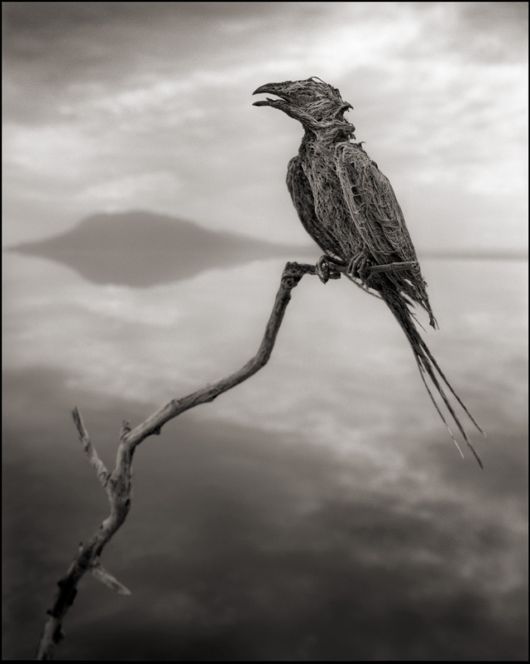 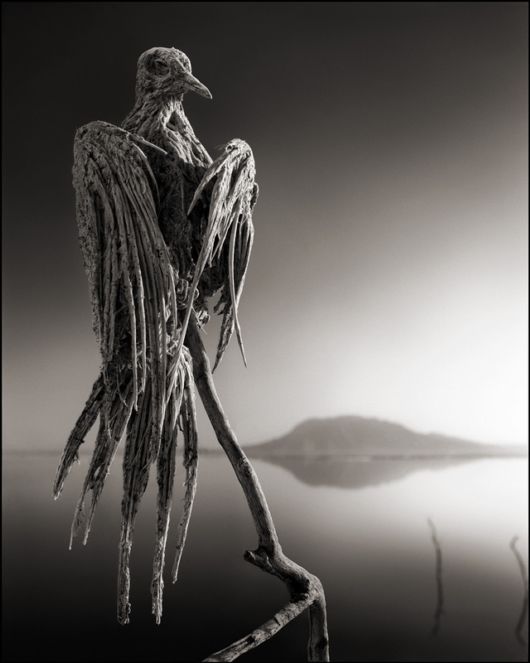 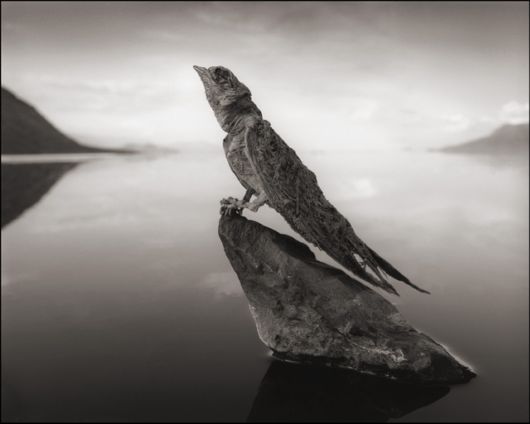 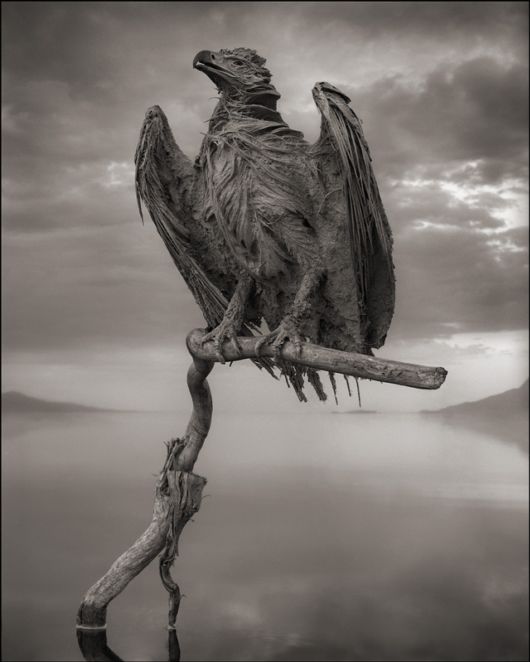 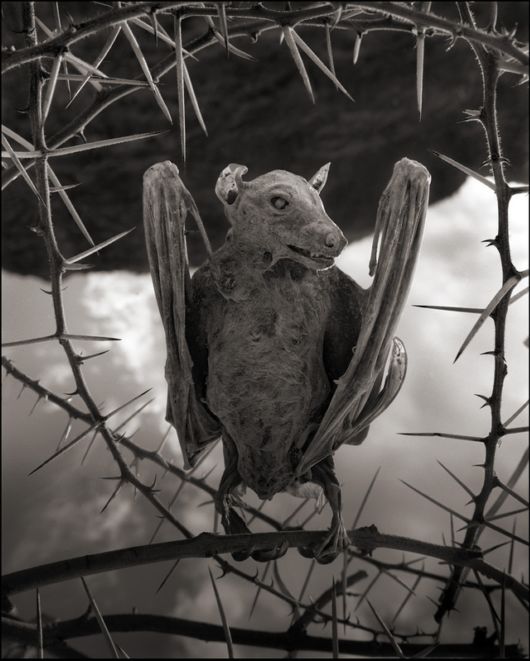