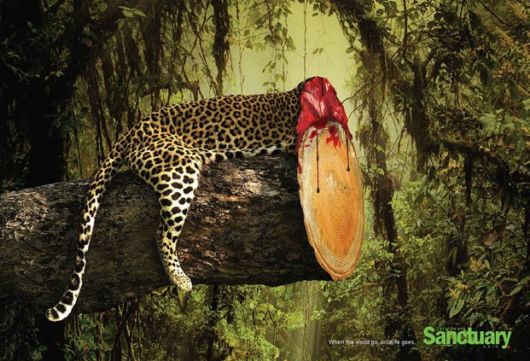 They might be shocking, but these gruesome ads really drive home the seriousness of deforestation by making the connection between destroying the forest and indirectly killing innocent wild animals. Deforestation is a big problem around the world, but these creative social ads were created by Kaushik Katty Roy who in partnership with Sanctuary Asia, one of the first environmental news magazines in India.

The slogan for the adverts further drives home the message of these powerful visuals stating that ?When the wood go, wildlife goes?. Some might think these ads are over the top and ?too much? but remember this, it is thought that rainforests contain as much as 80% of the worlds biodiversity. The destruction of them in Asia and South America is a serious problem that shouldn?t be ignored. 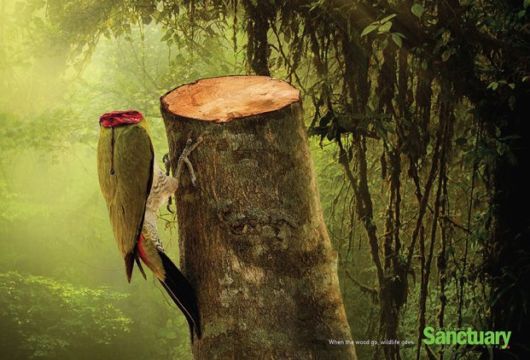 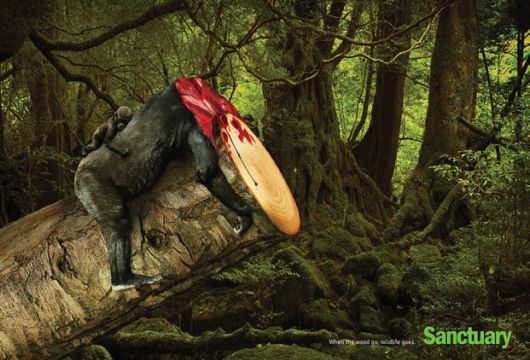 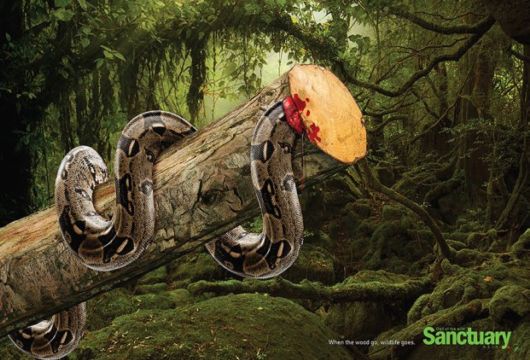