Those who decided to skip Black Friday shopping in favor of a trip to the Grand Canyon yesterday got to see the natural wonder from an extraordinary perspective.
Due to a rare weather phenomenon, the canyon’s famous gorges were filled with a river of fog.
According to the national park’s Facebook page, the fog was caused by something called a ‘temperature inversion’. This happens when warm air acts as a lid to seal cool air near the ground. That means all pollution and fog is trapped and unable to rise.

Filling the abyss: The Grand Canyon’s gorges were filled with fog Friday morning, creating quite the Kodak moment 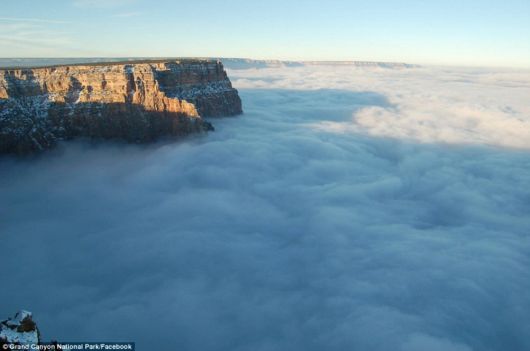 Trapped: A temperature inversion is caused when warm air higher up creates a lid to trap cool air below, and all pollution and fog created near the ground 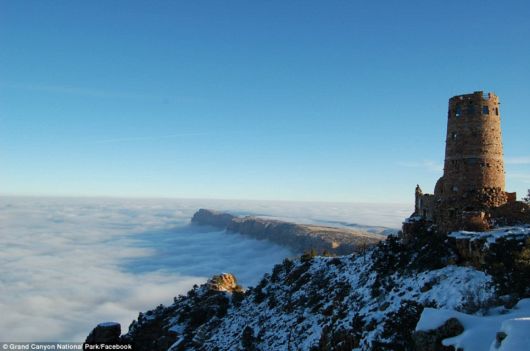 Kingdom in the clouds: According to park rangers, the fog was caused by a weather phenomenon called a ‘temperature inversion’ Ranger Erin Whittaker told MailOnline that temperature inversions happen on average once or twice a year, but never producing such a picturesque full inversion.
Most of the inversions only fill up parts of the canyon, or occur on cloudy days. Yesterday’s inversion happened against a perfectly clear blue sky, enveloping the entire canyon – an event Ranger Whittaker says happens about every 10 years.
Ranger Whittaker says some of the tourists visiting the canyon on the busy holiday weekend were disappointed they couldn’t see the Colorado River below, and just figured it was a normal weather pattern. 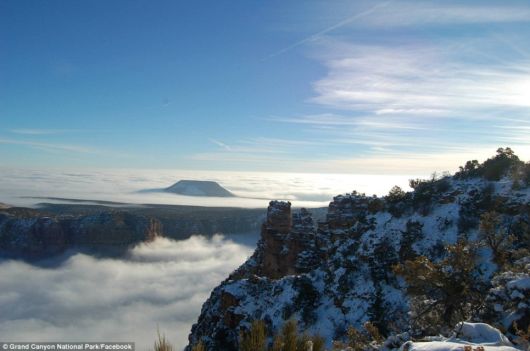 Worth waiting for: Apparently park rangers wait years to see a temperature inversion happen in the canyon 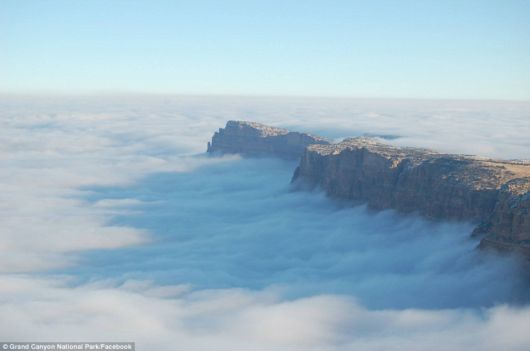 Ocean of fog: While the weather caused the canyons to be covered up, many still turned out to photograph the event But she and the other rangers tried to explain just how lucky they were to see the canyon in a perfect inversion.
Once word spread, locals turned out to photograph the unusual view.
‘Word spread like wildfire and most ran to the rim to photograph it. What a fantastic treat for all!’ Ranger Whittaker wrote.
Ranger Whittaker described it as being like a ‘really awesome beach day’ with all the locals leaving their posts to head to the beach to enjoy themselves. 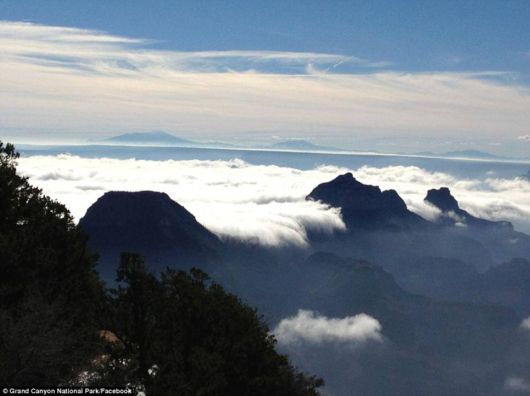 Spilling over: ‘Word spread like wildfire and most ran to the rim to photograph it,’ wrote park Ranger Erin Whittaker 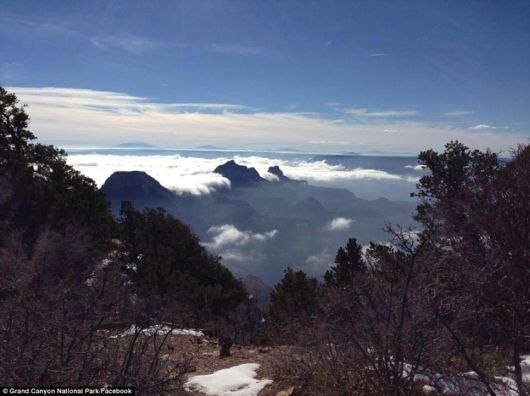 Holiday special: ‘What a fantastic treat for all,’ Ranger Whittaker added