The area surrounding the mountainous landmark is relatively bare, causing the huge Martian structure to stand out. When active, Tharsis Tholus was likely much larger than it is today.

The planet Mars is a bit of an obsession for the human race. We’ve romanticized the red planet in everything from movies to video games, and we can’t seem to get enough of the barren, desert-like planet. The European Space Agency isn’t immune to Mars lust, and the organization recently released some stunning images of one of the planet’s most striking features: the Tharsis Tholus volcano. Presented with false color to highlight its geographical features, the once-lively mountain is still a sight to behold. 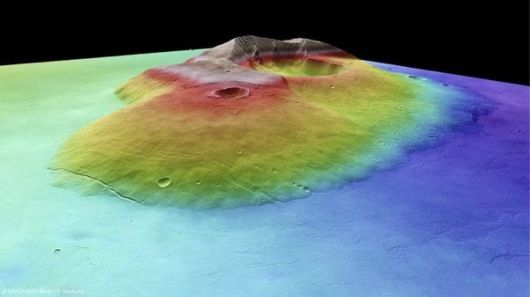 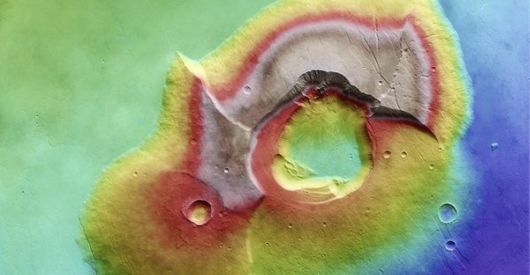 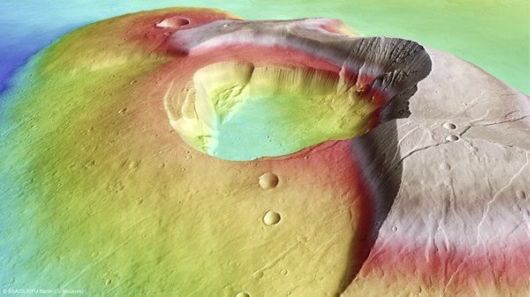 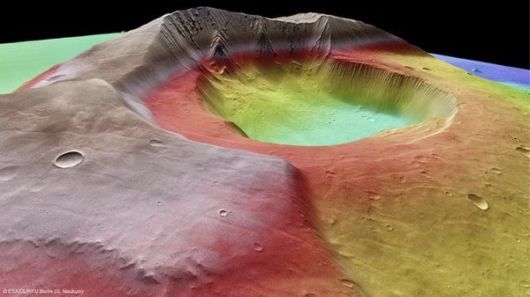 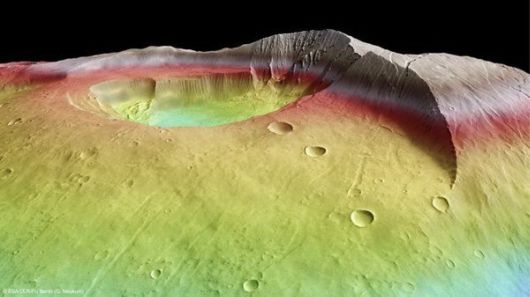 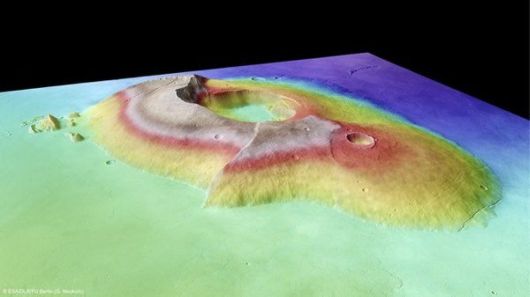 Tharsis Tholus’ large size is aided by the relatively low gravity of Mars. With less than half of the gravitational force of Earth, it is easier for huge geographical features to exist on the Martian landscape.