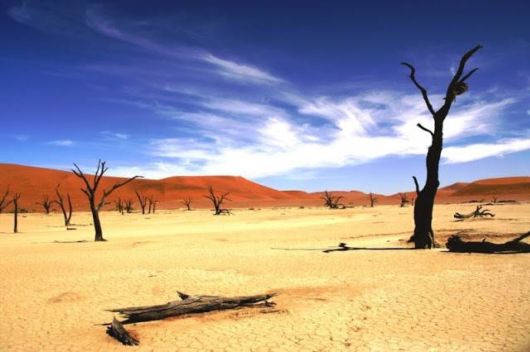 Trees in a desert is an unusual enough sight but there is always the occasional oasis. Sometimes, though, the water dries up completely and given the right conditions, reminders of life can be left behing. It is estimated that these acacia trees have been dead for more than nine hundred years. Frozen in time, their twisted and contorted branches immovable even against the occasional breeze, Sleepy Hollow comes, as it were, to the desert. 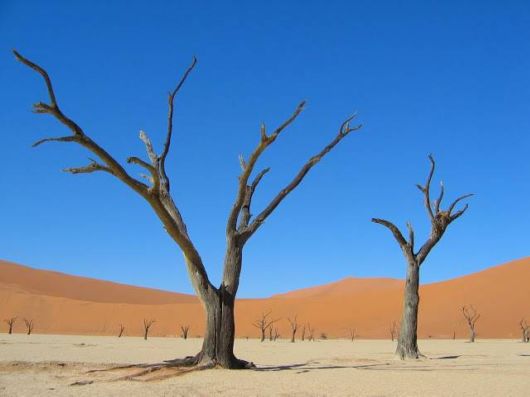 It is little wonder that Deadvlei, a clay pan in the Namib-Naukfluft Park in Namibia attracts many photographers willing to risk the arduous journey in order to capture its intense beauty. At dawn, when the trees are silhouetted against the lemon and apricot colored sand dunes it is a perfect time for photographers to take advantage of what they call the Golden Hour. The often cloudless, dazzlingly blue sky just adds to the stunning dichotomy of color. 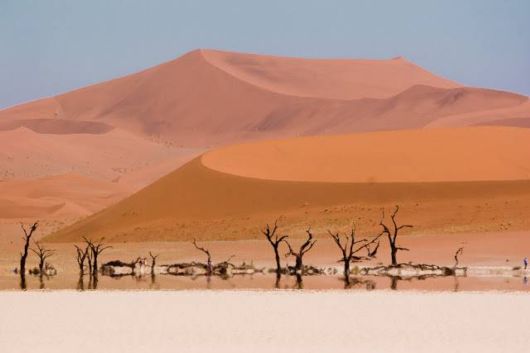 Deadvlei derives its name from two languages. Self evidently, the first syllable works as an adjective and one that is instantly recognizable to any English speaker. The second, vlei, means lake or marsh in Afrikaans. The clay pan does give the impression of a lake ? and that its trees are quite dead beyond argument. They last lived when William the Conqueror invaded England. 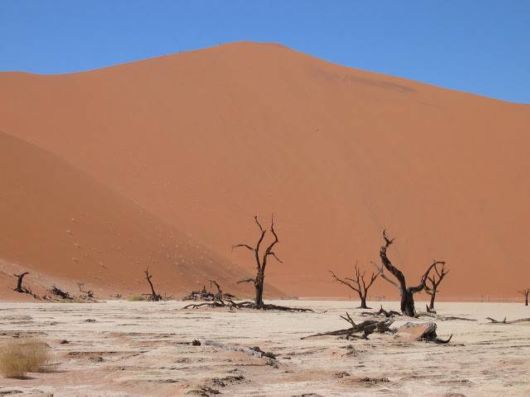 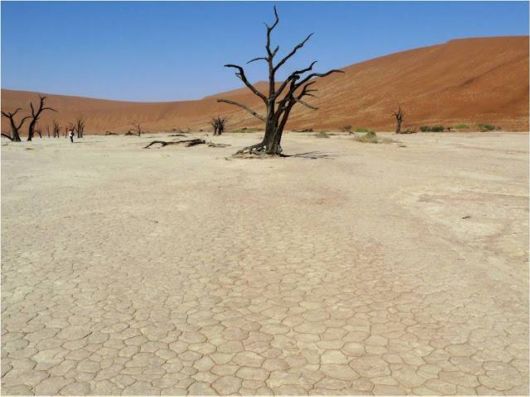 The pan was formed when the nearby Tsauchab River flooded. This created pools and allowed the acacia and camel thorn trees to grow and flourish. Then, nine hundred years ago, the climate changed and the area was h it by drought. The sand dunes encroached on the pan, effectively cutting off the trees from the river. 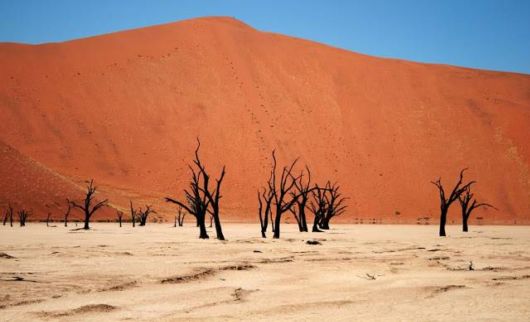 What happened next is something quite amazing. The trees did not, as you might expect, become petrified which is where the organic materials of a tree are slowly replaced by minerals. Rather, the sun scorched the trees, rendering them as black as charcoal. The dryness of the area was such that the wood could not decompose because it was so dry. The trees of Deadvlei are desiccated rather than petrified. 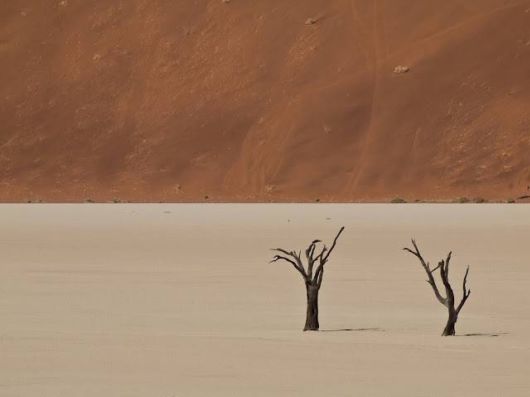 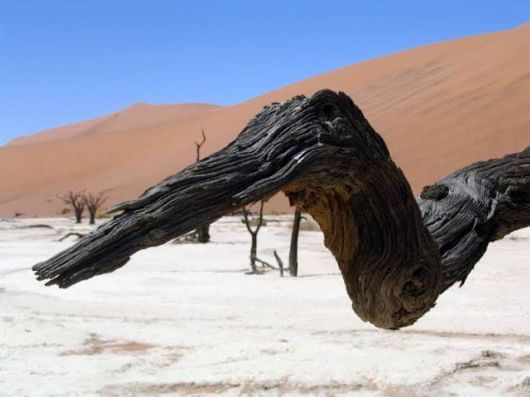 Deadvlei is situated near the more famous salt pan of Sossusvlei, the name of which spookily translates in to the place of no return. It also happens to be surrounded by the biggest sand dunes in the world, the largest of which is known as Big Daddy. These dunes have no doubt contributed to the conditions needed to preserve the trees in their dried out state, a scorched testament to their own destruction. 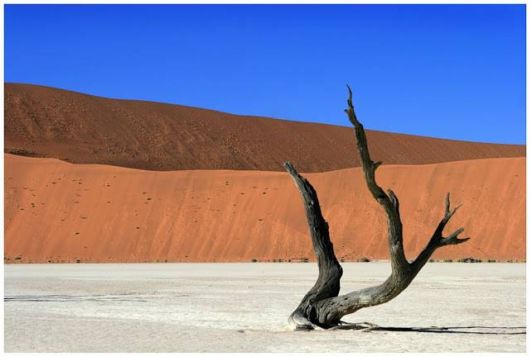 Don?t be fooled, though, life always manages to find a way. Clinging to life in the pan are beetles, gerbils, ostriches, oryx, and a few other species. The plants and animals manage to cling on to their precarious existence thanks to a light morning mist which sweeps in each morning from the coast of the Atlantic ocean many miles away. 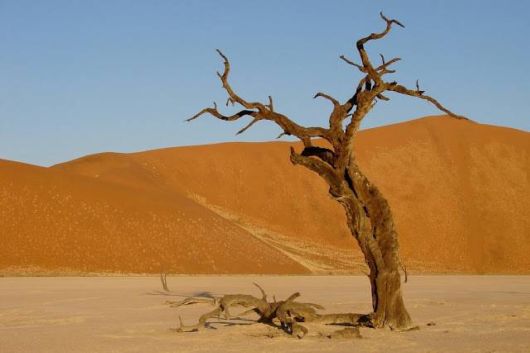