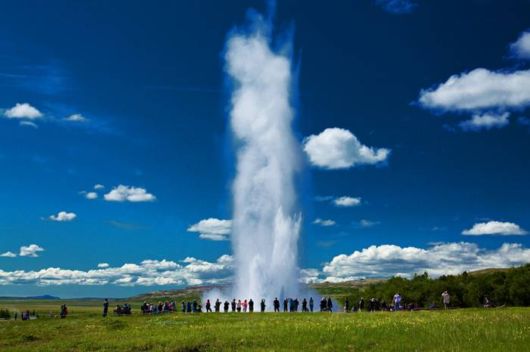 Strokkur (Icelandic for “churn”) is a fountain geyser in the geothermal area beside the Hvítá River in Iceland in the southwest part of the country, east of Reykjavík. It is one of Iceland’s most famous geysers, erupting about every 4?8 minutes 15 ? 20 m high, sometimes up to 40 m high.

Location ? Strokkur is part of Haukadalur geothermal area, where are located various other geothermal features: mud pools, fumaroles, algal deposits, and other geysers beside and around it, such as Geysir. 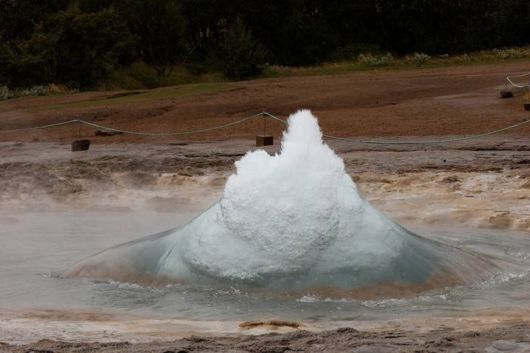 History ? Strokkur was first mentioned in 1789, after an earthquake unblocked the conduit of the geyser. Its activity fluctuated in the 19th century; in 1815 its height was estimated to be as much as 60 metres It continued to erupt until the turn of the 20th century, when another earthquake blocked the conduit again. In 1963, upon the advice of the Geysir Committee, locals cleaned out the blocked conduit through the bottom of the basin, and the geyser has been regularly erupting ever since.

Tourism ? Strokkur and its surrounding areas regularly attracts tourists to view the geyser, as it is one of very few natural geysers to erupt frequently and reliably. 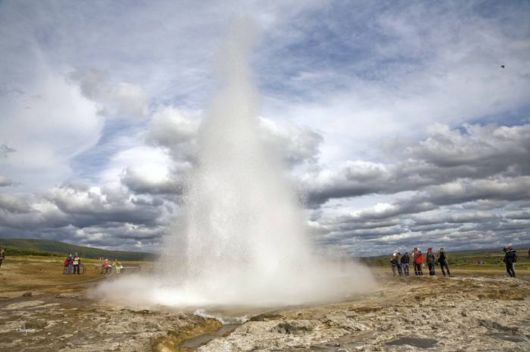 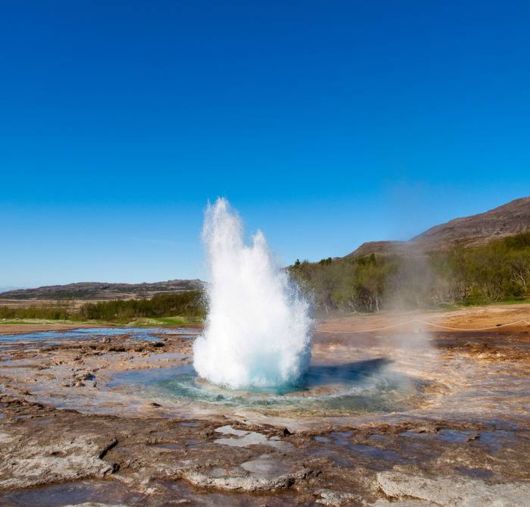 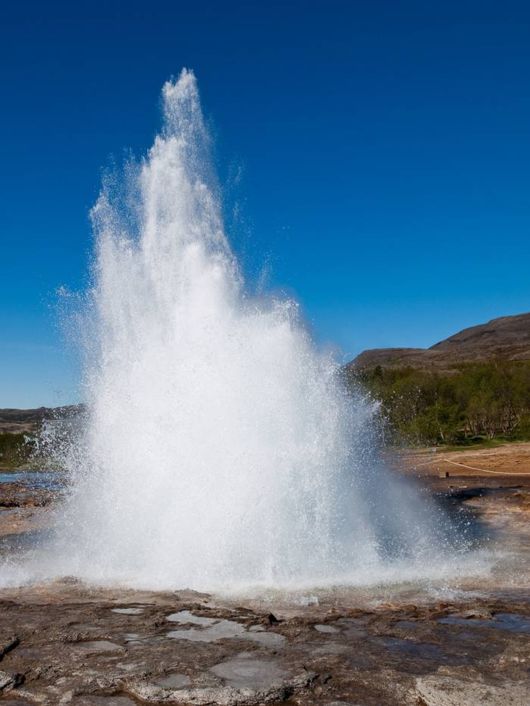 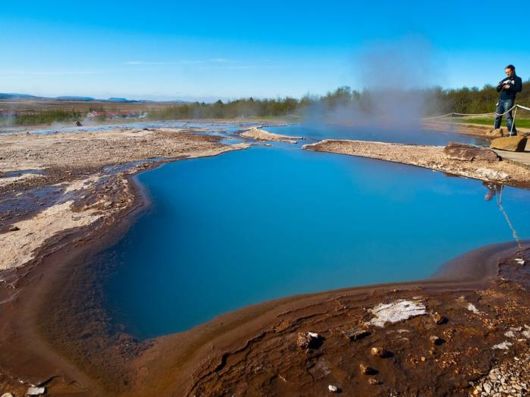 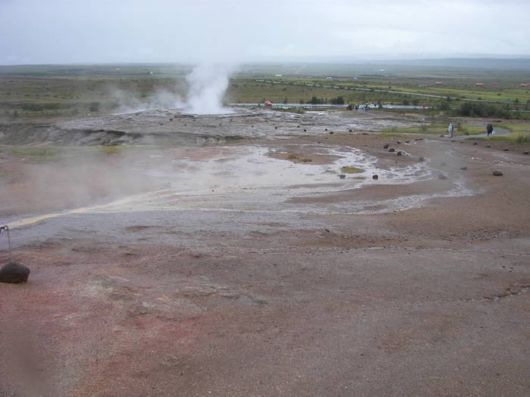 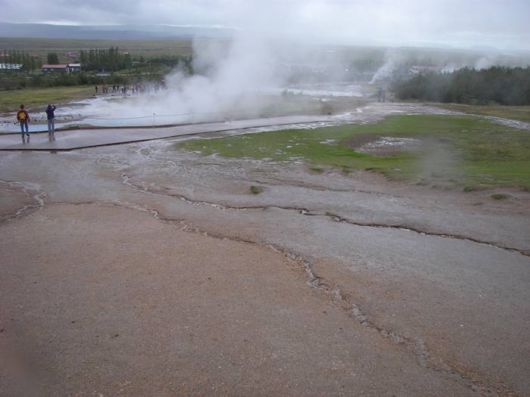 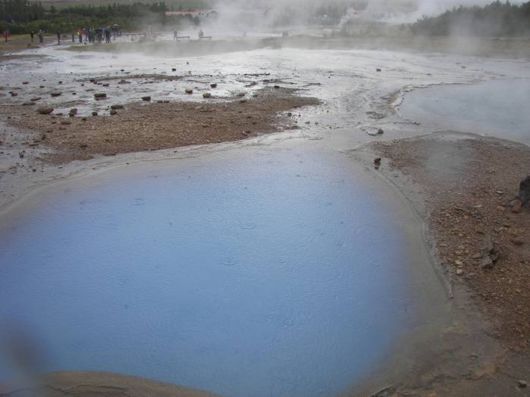 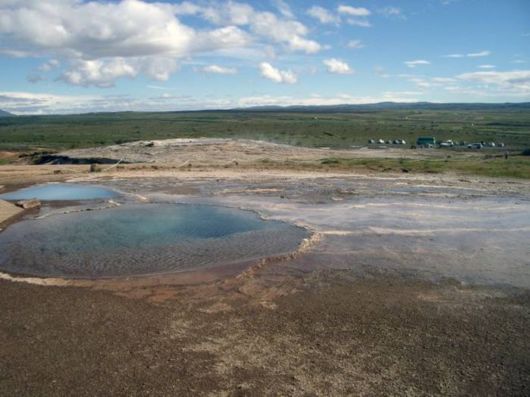 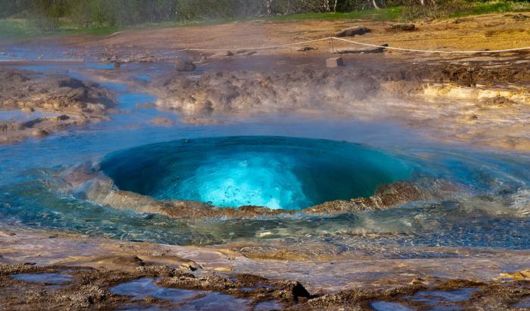 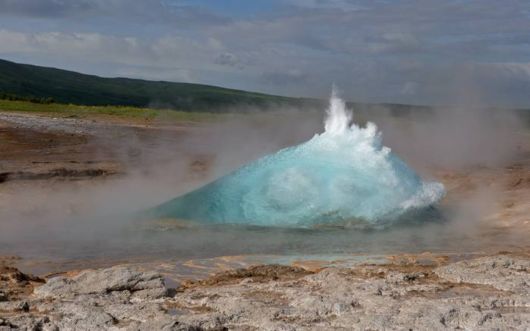 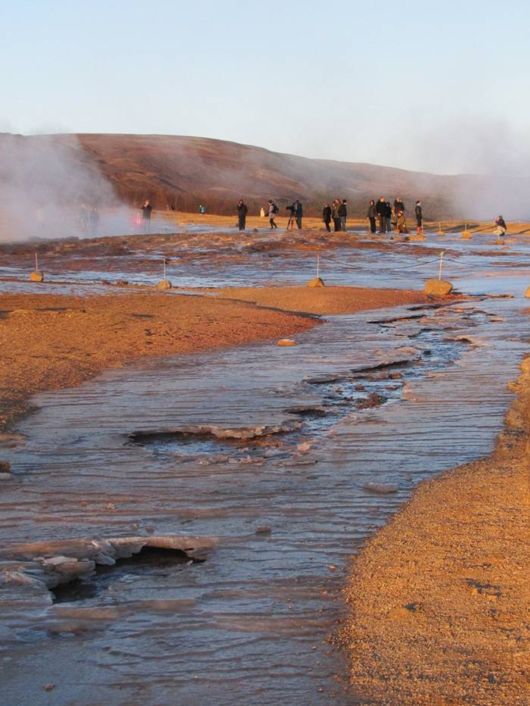 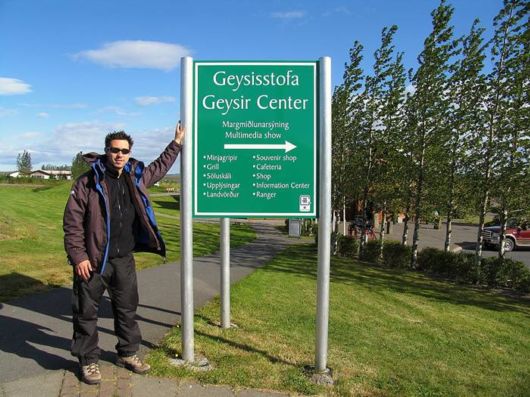