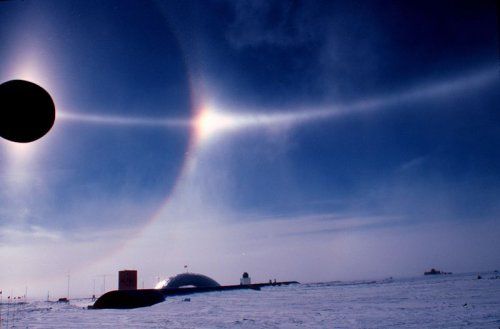 "On a Friday, we saw three suns in the sky for a good long time, about an hour… Even though the other two suns were not as bright as the one, they were clearly visible. I feel this was no small miracle…" These were the words Jacob Hutter employed to describe a sun dog in the sky in the 16th century. The phenomenon had been described by men for a long time. "What the facts are in regard to that second sun that has been reported to the Senate?" – asked Marco Tulio Cicerón at the city of Rome in 129 BC. 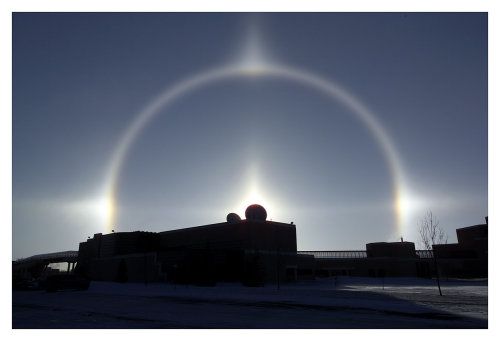 According to Wikipedia, the morning April 20th 1535, the skies over Moravia were also filled with white circles and arcs crossing the sky, while additional suns appeared around the sun. The phenomenon quickly resulted in rumours of an omen of God’s forthcoming revenge on King for having introduced Protestantism in the country. 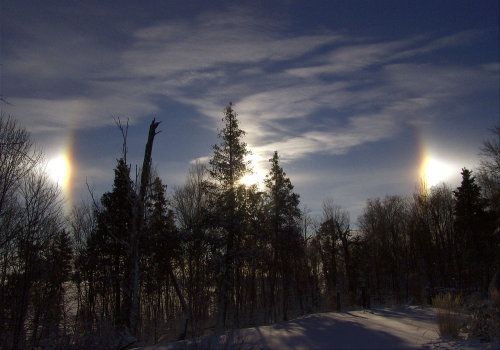 A sun dog or sundog (scientific name parhelion) is an atmospheric optical phenomenon associated with the refraction of sunlight by small ice crystals that make up cirrus or cirrostratus clouds. 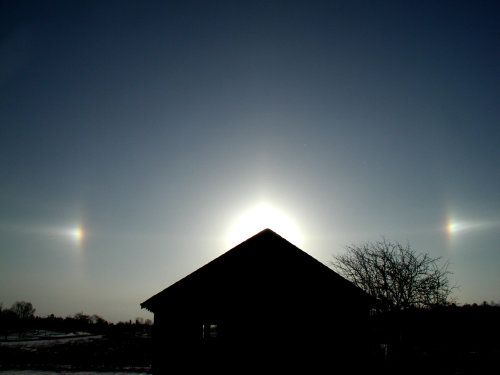 The word "parhelion" (from Greek: para-, beside + hēlios, sun) means "close to the sun". The sundogs are formed by light passing through ice crystals inclined at 60° to each other. These ordinary parhelia appear 22 degrees on either side of the sun 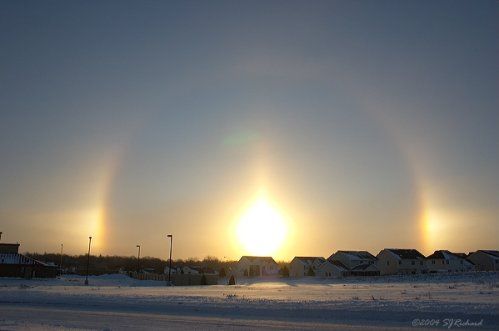 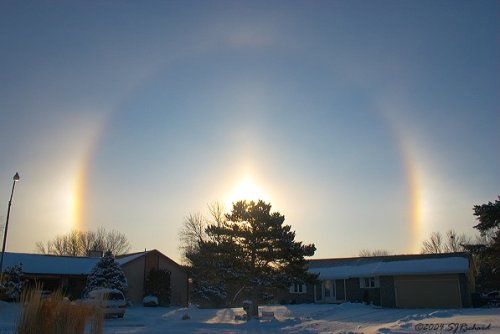 In this post you can see some interesting photographs and you can check out some more information if you click on them. Recently English Russia published a video with a fantastic scene of sun dogs. 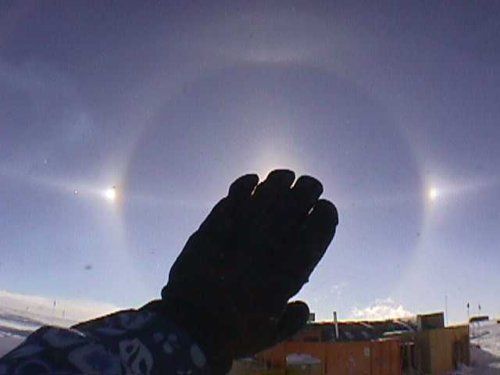 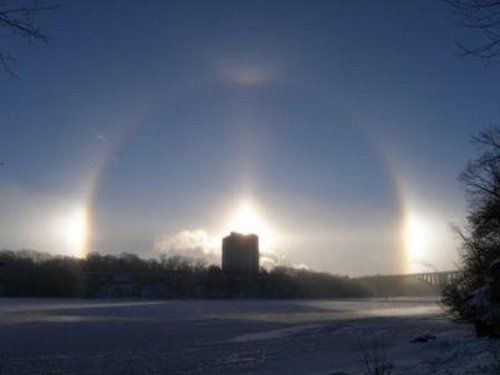 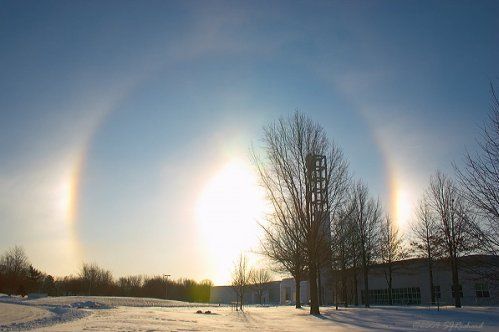 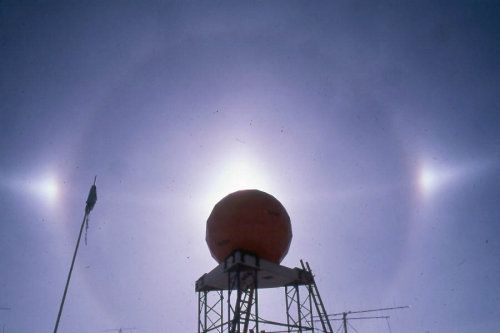