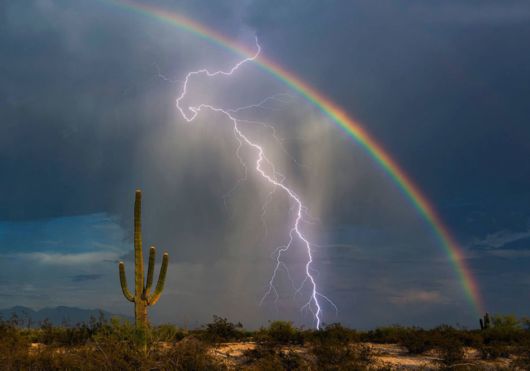 For seven years real-estate agent Greg McCown had been trying to capture a photograph of a lightning bolt and a rainbow in one shot. The 42-year-old was inspired one day when he noticed an image whilst driving to work in Arizona and had been trying to capture an image just like it ever since. Finally he has succeeded, and the result is incredible.

In order to capture the photo McCown used a basic DSLR, however the real skill comes in trying to predict when the lightning will strike. In order to help him capture the photo you see below he used a lightning trigger, a small device that sits on top of the camera and is fired when it detects lightning – human reaction time just isn’t fast enough.