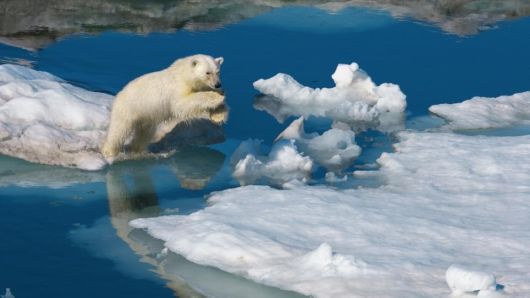 Located halfway between Norway and the North Pole, Svalbard is an extraordinary archipelago home to seabirds, polar bears, reindeers and marine mammals that have adapted to life in this frosty escape. In May and June the ice retreats and the tundra clears of snow, with temperatures remaining steadily above zero until September ? making this the best time of year to explore the numerous islands. Humans are the minority this far north, with only 2,500 people calling Svalbard home year-round, compared to an estimated 3,000 polar bears. When travelling outside the settlements, residents are required to carry a rifle for their own protection. 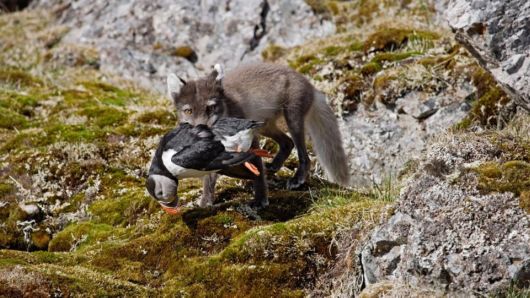 Dovekie flocks, small arctic birds native to the region, fertilise the summer terrain with their remains, turning the barren tundra into a mossy green landscape. This is an ideal lurking ground for the arctic fox, a hunter that preys on birds, such as puffins, and their eggs to feed her pups. 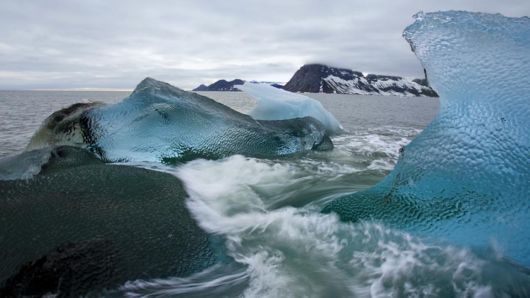 Svalbard has a diverse geology, and because most of the land is barren and untouched it provides a unique look into the stages of Earth’s development. From mountains and canyons to wetland plains and lagoons, there is much more than just icy tundra to discover. For both geologists and adventurers, this land is a mecca like no other. 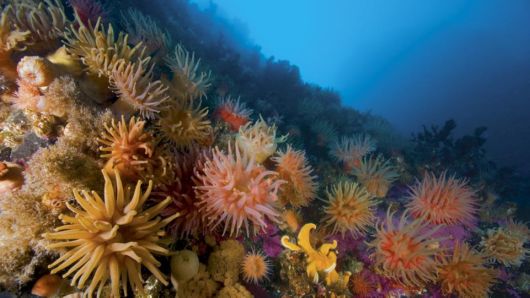 The vibrant anemones and soft corals in Svalbard’s icy waters are nourished by nutrients washing off the shore and dropping into the ocean from seabirds. This unexpected and beautiful biodiversity may be too frigid for some divers to explore, but those with experience and a high tolerance for the cold will be rewarded with icebergs, kelp forests, encounters with whales and seals and a rich ecological diversity in the reefs ? but be prepared to bring your own heavily insulated equipment. 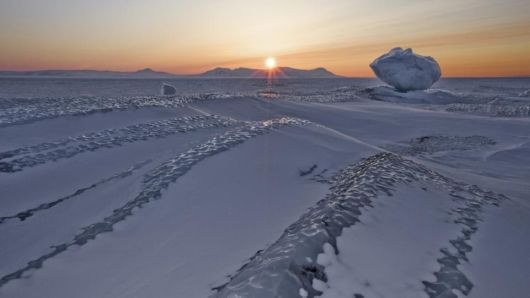 From the end of April to the end of August, the sun never sets on Svalbard. It rests calmly above the horizon looking down upon the oceans of ice, before a hiatus from October to February when it is rarely seen. This constant daylight makes summer the ideal time for adventurous activities and exploration, such as guided cruises, hiking, dog-sledding or kayaking around glaciers. 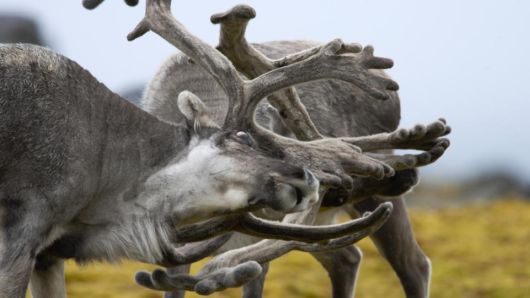 The Svalbard reindeer was almost hunted into extinction along with the whale and walrus populations when the islands became a popular hunting base between the 17th to 19th Centuries. Over the course of the 20th Century, Norwegian officials put a halt to the free-for-all and turned one of the world’s greatest wildlife killing grounds into one of its most protected sanctuaries. About 65% of Svalbard’s islands and 75% of its marine areas now lie within national parks or nature reserves, and experts believe there may be as many as 10,000 reindeer on