The Antirrhinum, commonly known as the snapdragon has been a popular garden plant for many years. Also known as the dragon flower, its common name derives from the resemblance of the flower to a dragon?s head.

When laterally squeezed the dragon will open and close it mouth: ask any grandparent whose flowers have been decimated by over keen but clumsy grandchildren. Yet once the flower has died, leaving behind the seed pod, something a little more macabre appears. The dragon ? just a visual metaphor after all ? appears to have a skull 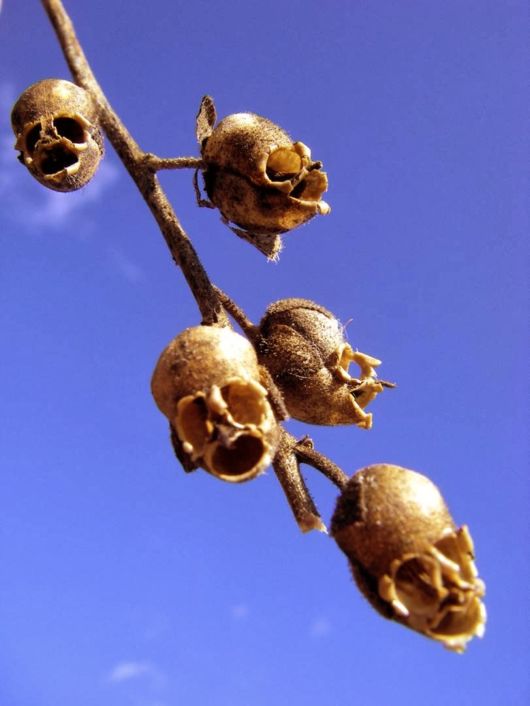 Little wonder, then, that ancient cultures held the snapdragon to possess supernatural powers. They were thought to offer protection from deceit, curses and witchcraft if they were planted in your garden. Another myth maintains that they are able to restore youthfulness and beauty to any woman who ate them. It?s a wonder that the witches didn?t raid the gardens in which they grew to repair their own ravaged features. 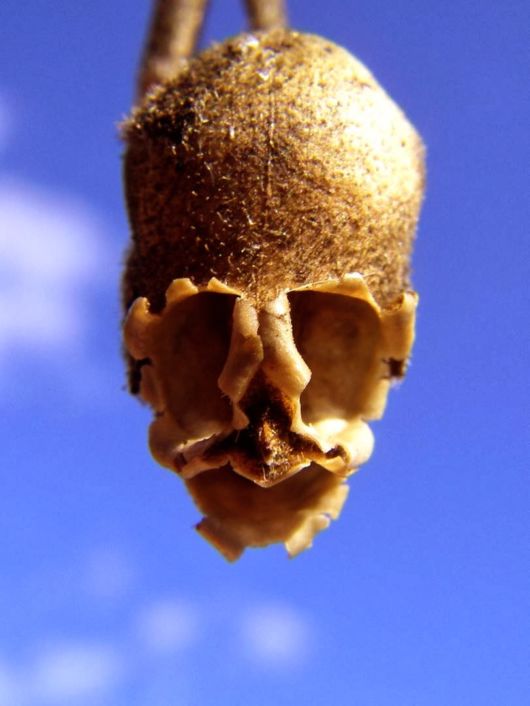 Concealing a snapdragon about the body was supposed to make a person appear gracious and fascinating. Perhaps it is for this reason that in the Victorian language of flowers, the snapdragon was designated to symbolize deception and presumption. It could also, however, be sent by a lady to show gratitude to another – perhaps as a thank you for that marvelous anti-aging potion. Let’s face it – those Charmed Ones can’t be getting any younger. 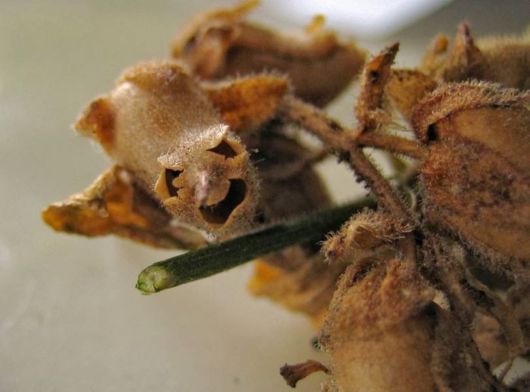 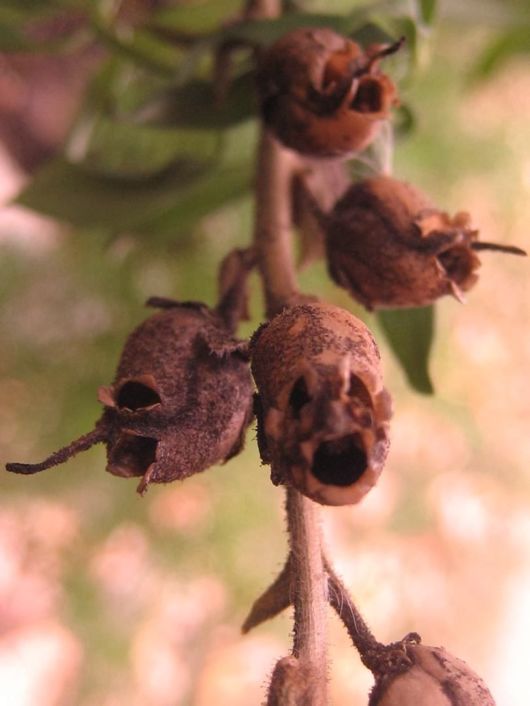 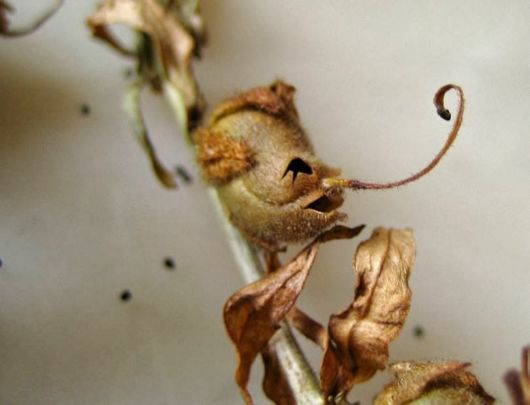 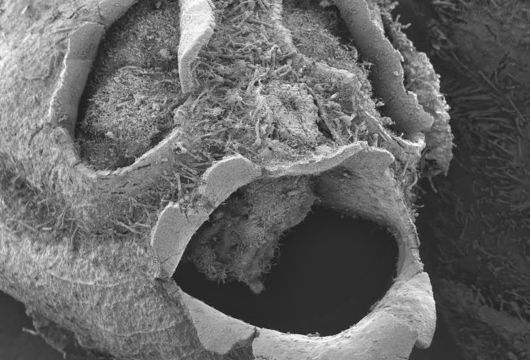 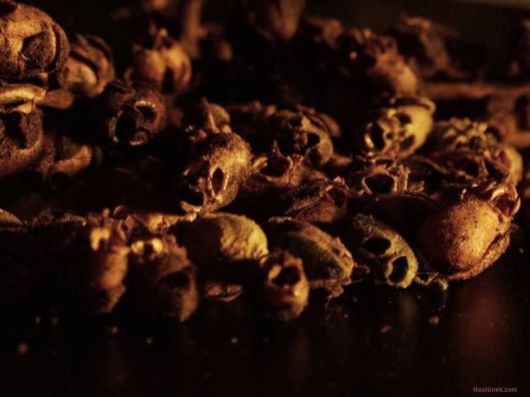 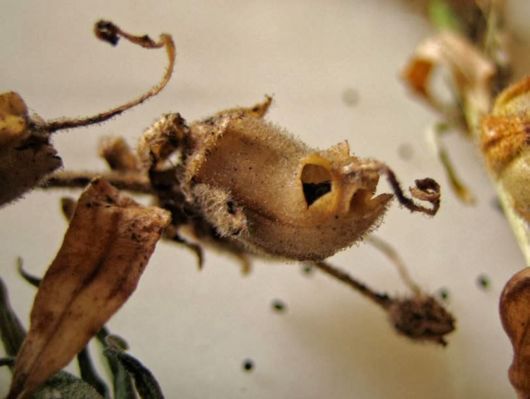 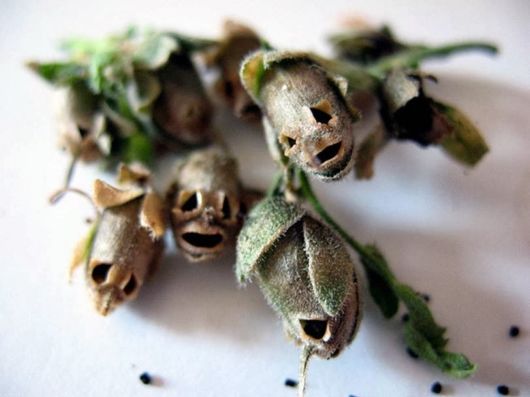 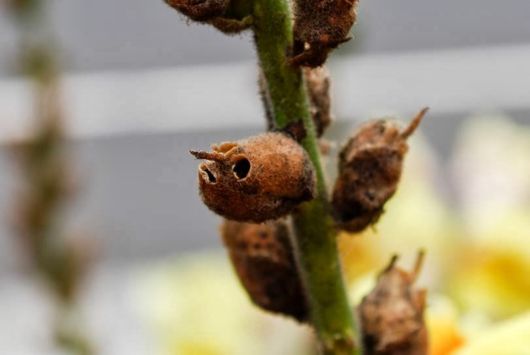 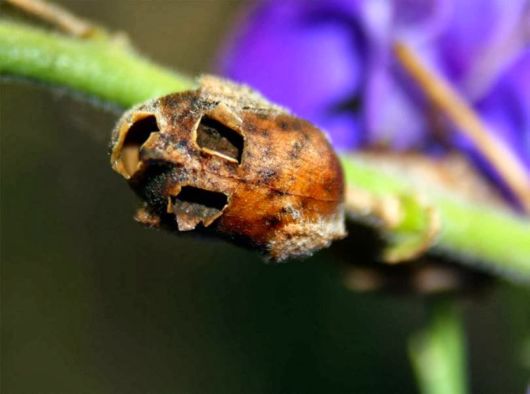 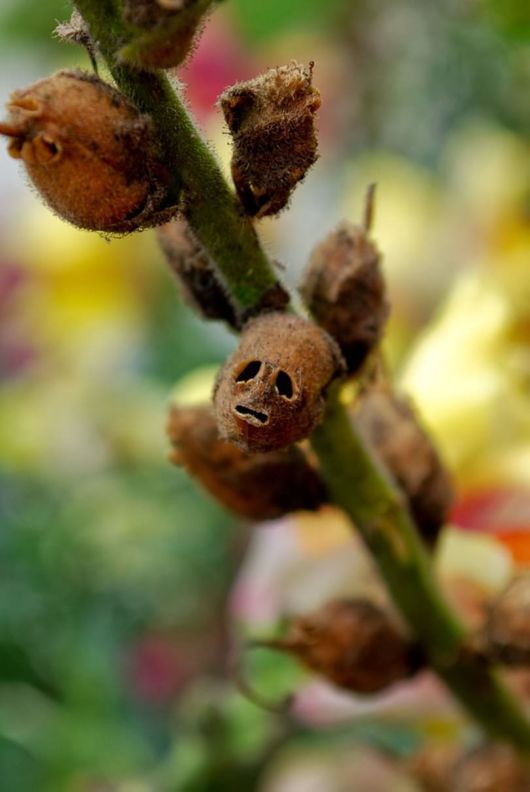 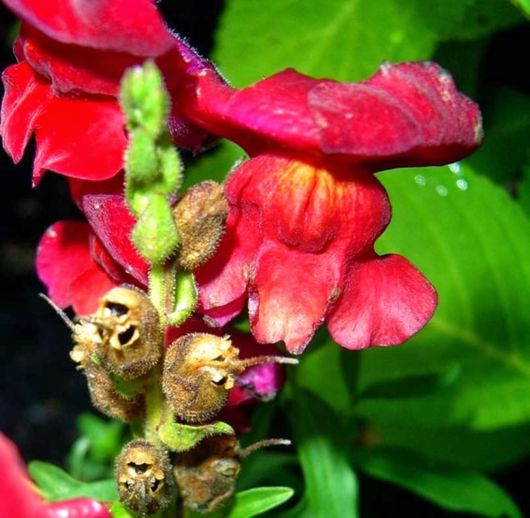 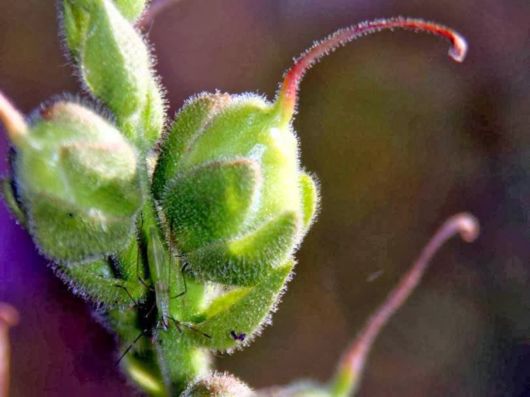