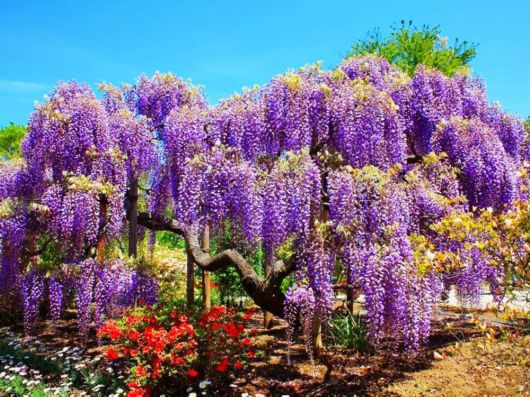 Ashikaga Flower Park has many kinds of seasonal flower gardens. One of the prime attractions of this park is the Japanese Wisteria which is blooming from the middle of April till the middle of May. The wisteria flowers at Kawachi Fuji Gardens, in Kitakyushu, Japan are known around the world as being beautiful and magnificent. Usubeni fuji (light pink), Murasaki fuji (purple), Naga fuji (long), Yae kokuryu (double-petaled black dragon), and Shiro fuji (white), which come into bloom in that order. More then 100 years old Wisteria (known as fuji in Japan) is said to be one of the archipelago’s most ancient noted flowering trees, even being described in the collected poems of the Man’yoshu (Collection of Ten Thousand Leaves). 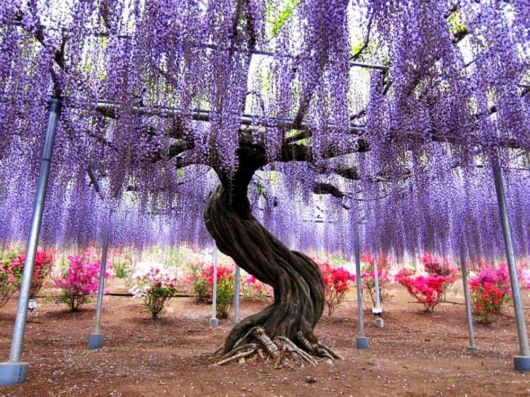 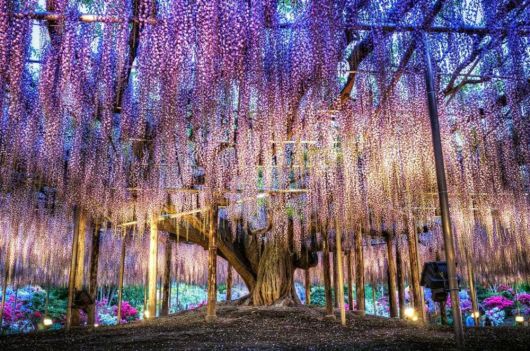 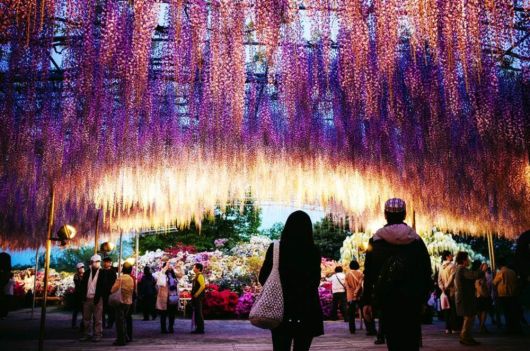 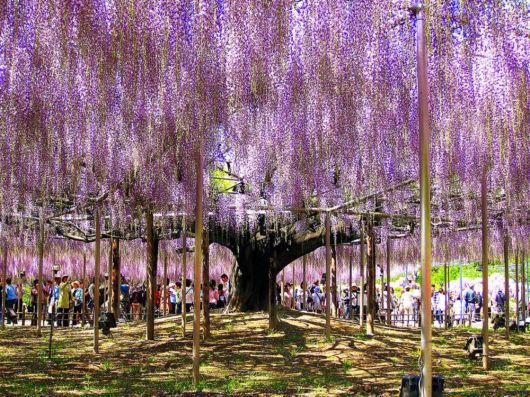 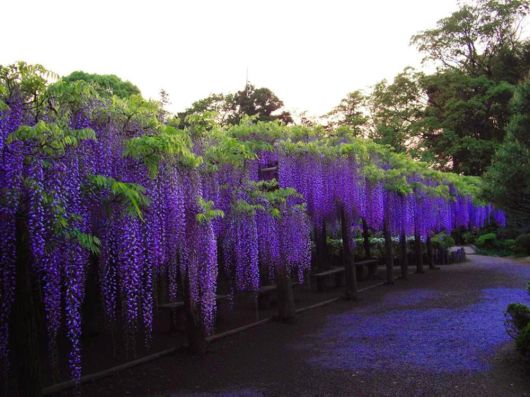 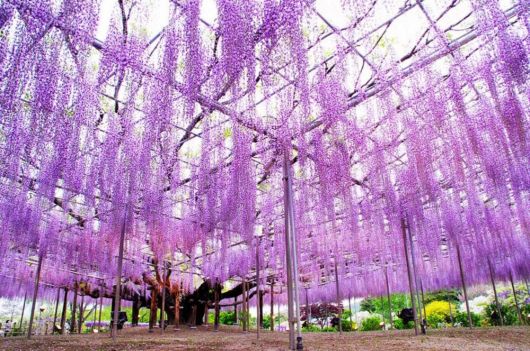 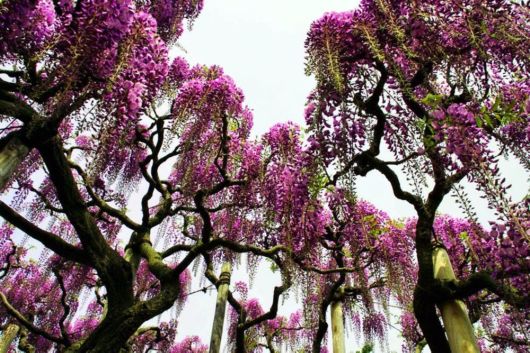 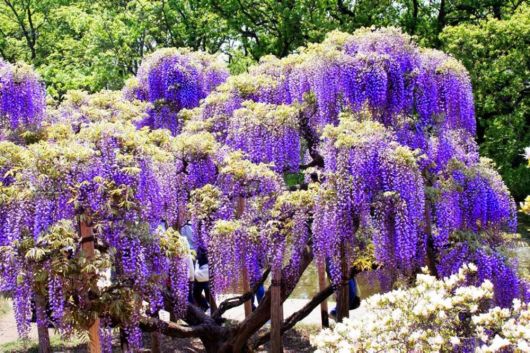 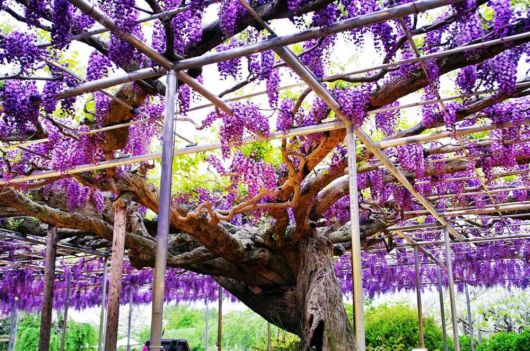 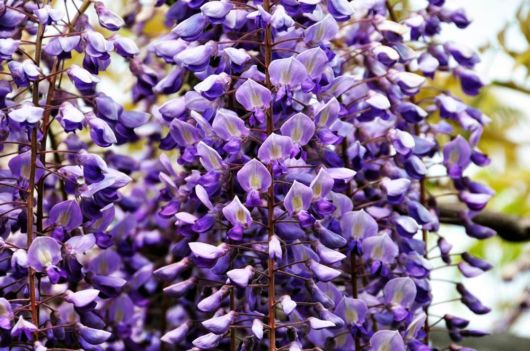 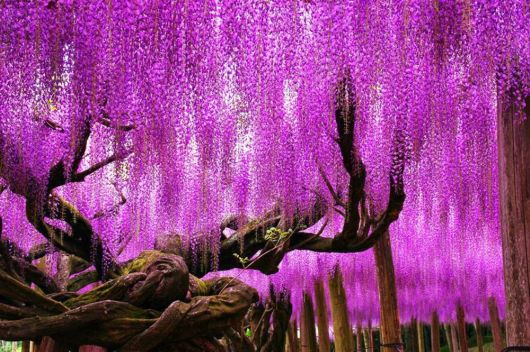 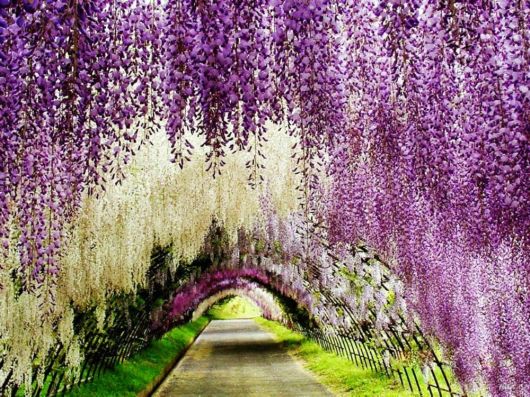 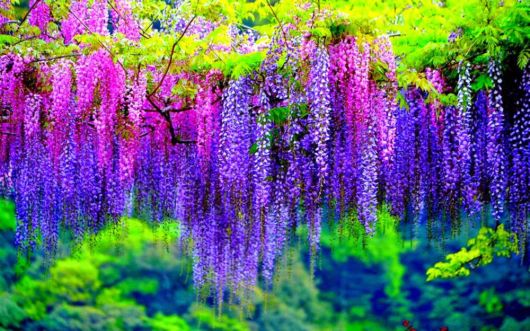