The world’s best underwater photographs of 2010: Our World Underwater and Deep Indonesia 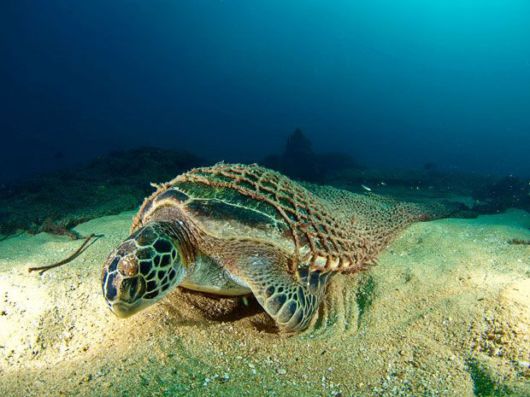 This picture gallery showcases some of the year’s best underwater photography as chosen by the judges of two major competitions – the Our World Under Water competition and the fourth annual Deep Indonesia International underwater photo competition. Prizes for the events were worth over $120,000 (£74,000). The two competitions attracted over 5,000 entries and winners were picked from 20 countries across the world. Underwater Sadness" by Ramon Dominguez – a sea turtle caught in a net in the Sea of Cortez, Mexico 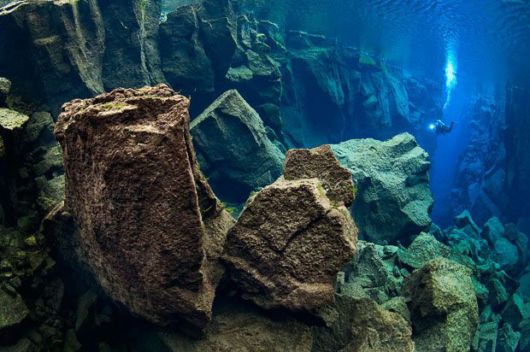 A lonely diver traversing a cavernous underwater crack scooped the 2010 Deep Indonesia photography competition. The picture was taken by 45-year-old professional photographer Magnus Lundgren from Sweden as he was guided though the fissure in Thingvellir Lake, Iceland. 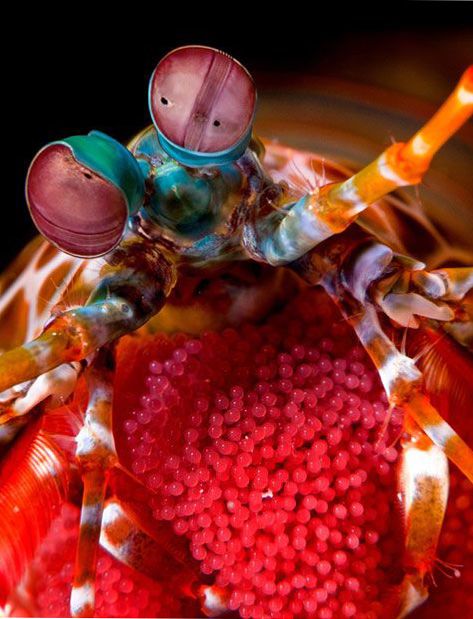 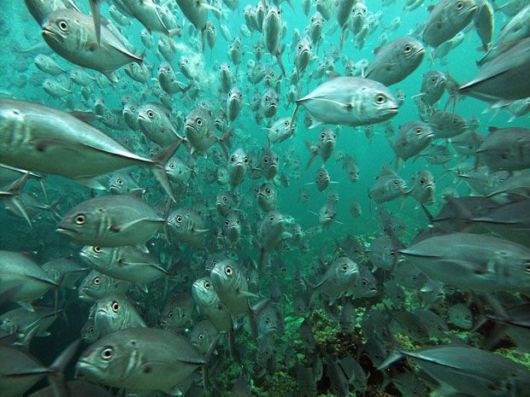 Briton, John Hill, took the Silver award in the compact cameras category for his action-packed image taken from the heart of a school of silver coated jackfish. An amateur underwater photographer, he was diving off Sipadan Island in East Borneo, Malaysia during September 2009 as part of a year he spent travelling south-east Asia with his girlfriend, Jenny. Luckily for John his prize was a week eco-diving in Monado, Indonesia, so he will be heading back to south-east Asia in May 2011. 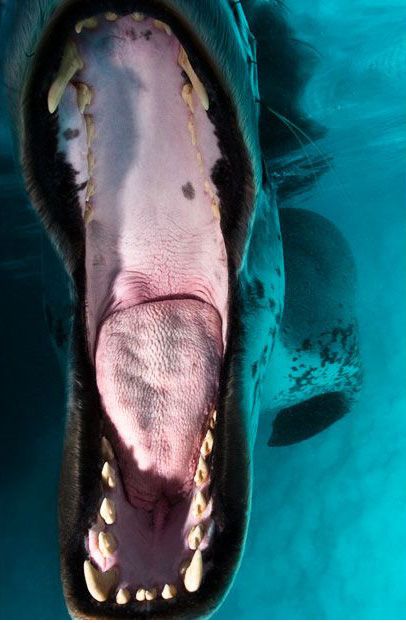 Other award winning pictures included a dramatic picture of a leopard seal snapping its jaws directly at the lens of Bartosz Strozynski, landing him the gold award for animal behaviour. "I was playing with the seal," said 35 year-old Bartosz from Poznan in Poland. "They are curious and they do try to test you in the water. This one saw his reflection in my lens and must have thought I was another leopard seal. So she displayed her teeth as a warning." 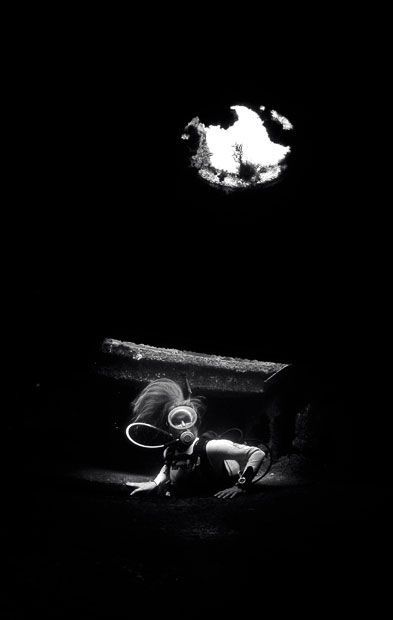 David Barrio, 37, from Spain won Best in Show in the Our World Underwater competition for this haunting image of his girlfriend slowly rising through a cabin of a deep sea wreck off the coast of southern Gran Canaria. 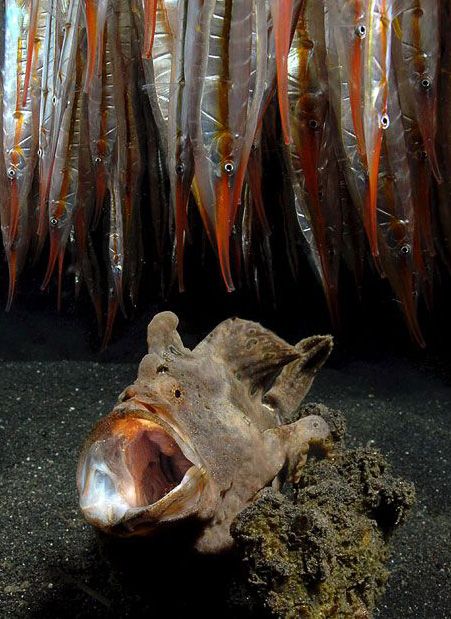 Luc Eeckhaut of Belgium won Gold in the Macro Unrestricted category for his image, "Froggy and Shrimpfish", showing a frogfish and some shrimpfish in Indonesia 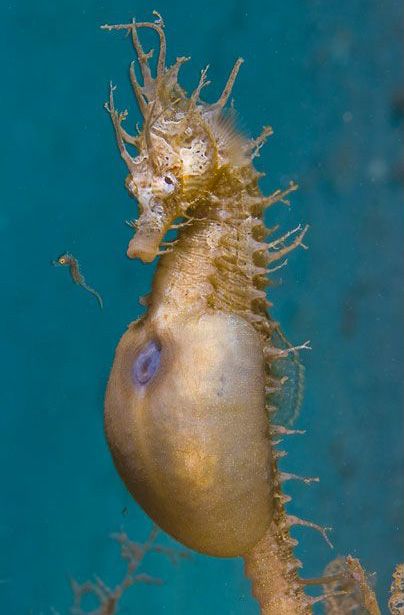 The competitions threw up other gems such as this picture by Lazaro Ruda of the United States, showing a male sea horse moments after he gave birth to his first born 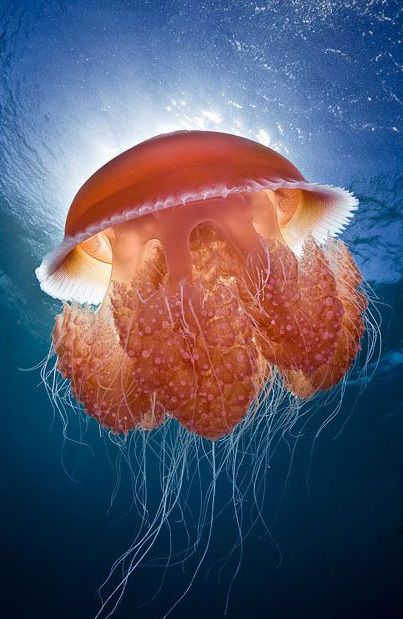 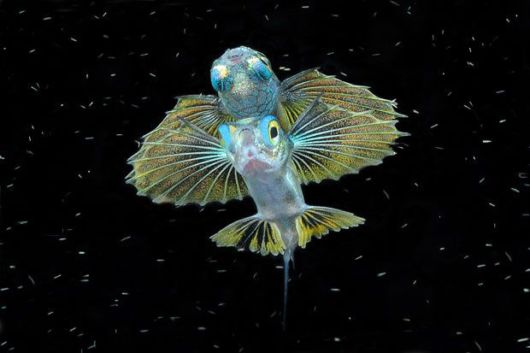 "Thanks to Keri" by Michele Davino – a juvenile flying fish in Raja Ampat, Indonesia 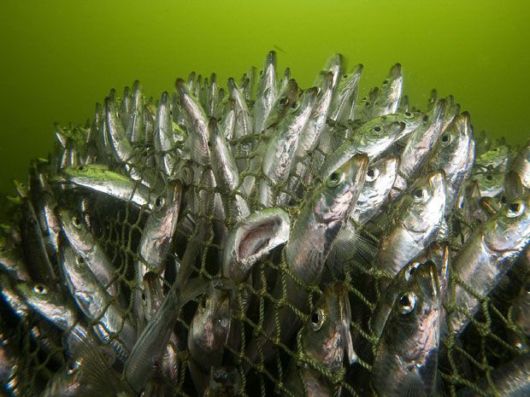 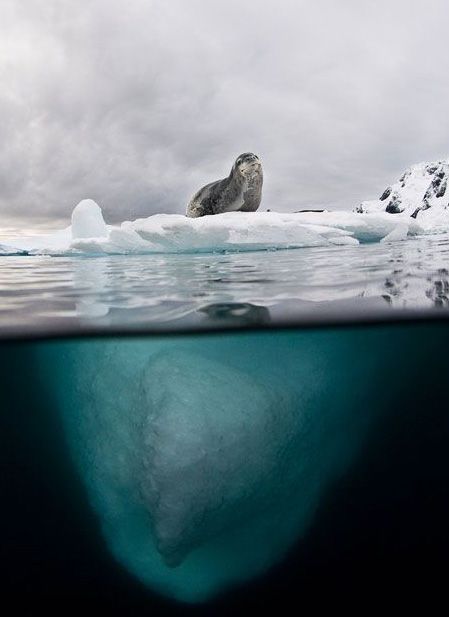 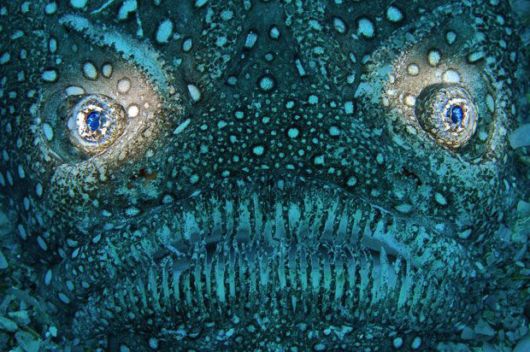 A stargazer in Blue Heron Bridge, Florida, by Keri Wilk 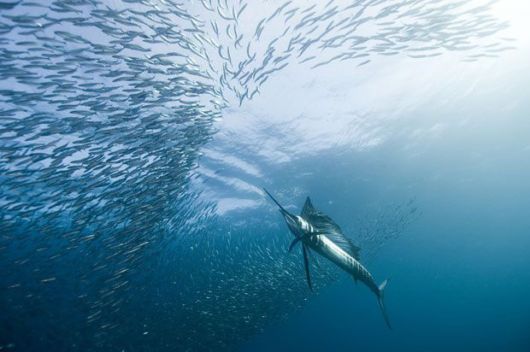 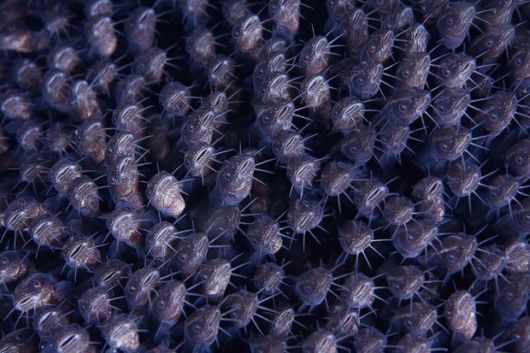 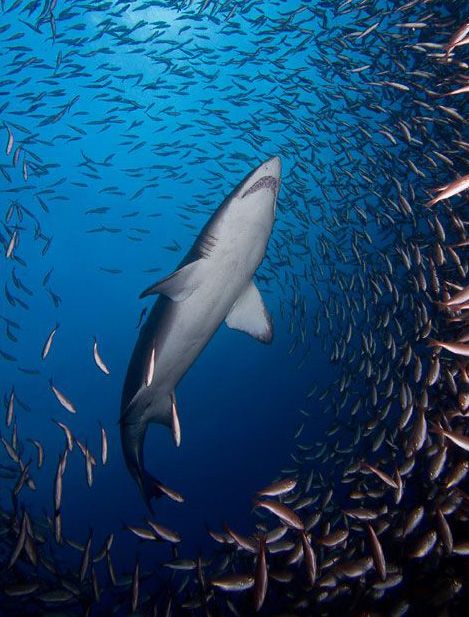 Sand Tiger shark in a school of fish in North Carolina, by Jeremy Kozman 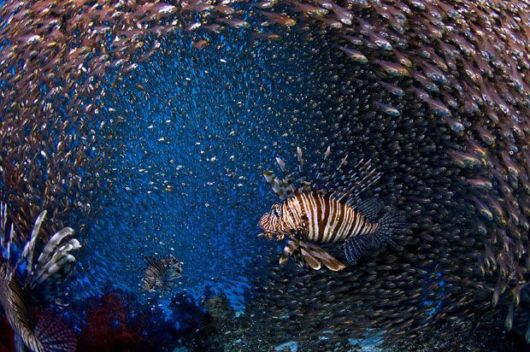 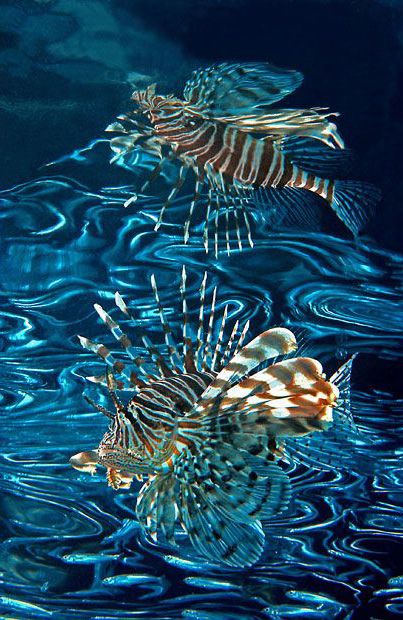 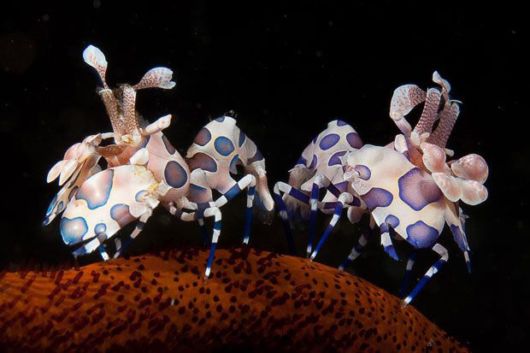 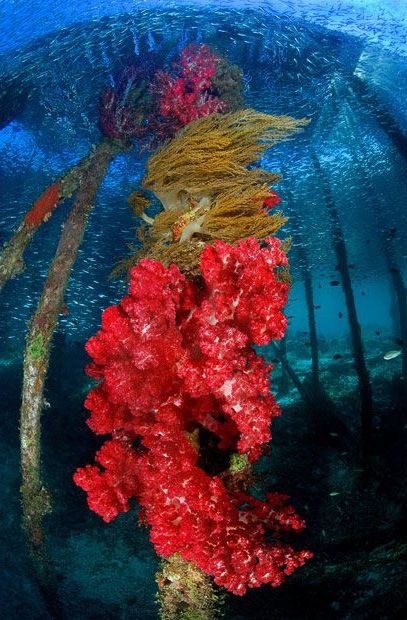 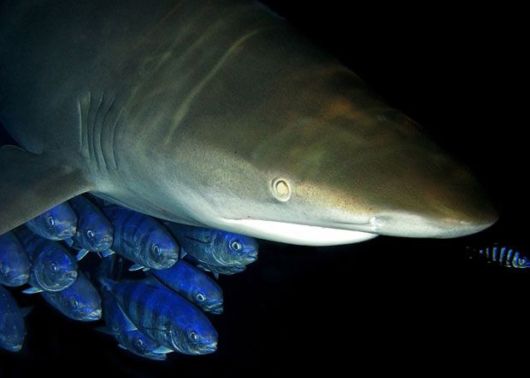 "The boss and the gang" by Tamas Szabo – a lemon shark with pilot fish in Red Sea, Egypt 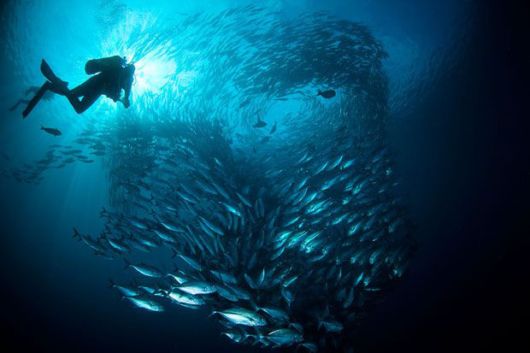 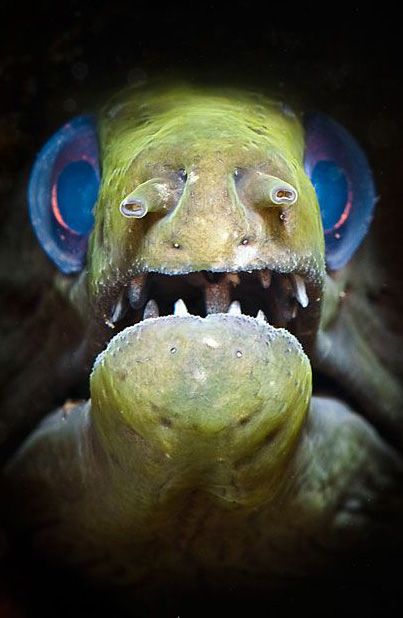 "Blue Eyes" by Michael McEvoy – a moray eel in Indonesia 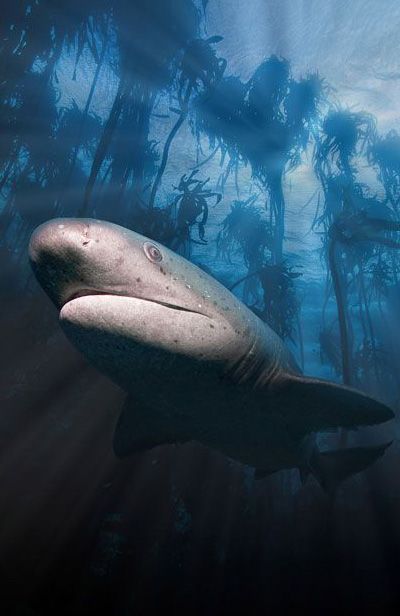 A cowshark in Cape Town, South Africa, by Dennis Vandermeersch 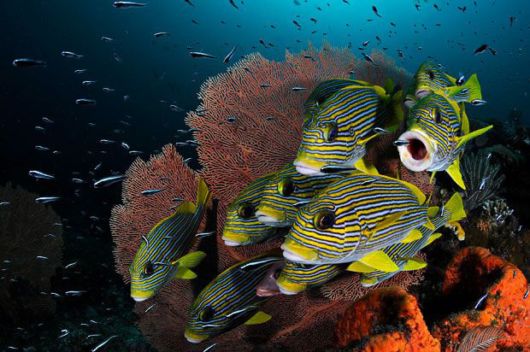