This weird looking tree is known as the Pterocarpus angolensis and is native to southern Africa. The locals refer to this magical tree as the Kiaat, Mukwa, and Muninga. Another more commonly known name is the bloodwood tree due to its dark red colored sap that oozes from any part of the tree that has been damaged. When a limb is cut or a trunk is chopped the tree immediately starts to ?bleed? this red sap to seal the wound and speed up the healing process. It almost resembles the severed limb of an animal. The bloodwood tree is a deciduous tree with a high canopy, reaching about 15m in height and has dark bark. The red sap is used traditionally as a dye and in some areas mixed with animal fat to make a cosmetic for faces and bodies. It is also believed to have magical properties for the curing of problems concerning blood, apparently because of its close resemblance to blood. The name bloodwood for these trees stems from the dark red to brown sap that accumulates on wounds on the trunks. 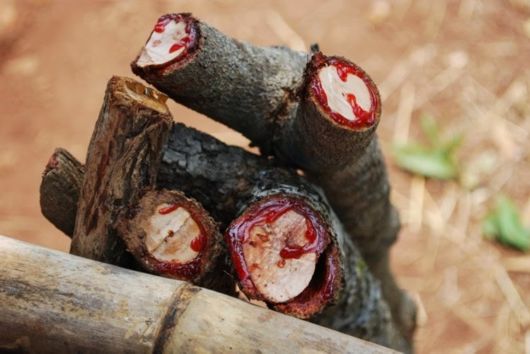 Unfortunately, the exact age of the trees is almost impossible to determine, since no wood in their annual rings, and all estimates are based on the number of branches of the barrel, following immediately after flowering, which occurs once every 15 years. Today the oldest bloodwood tree grows in the town of Icod de los Vinos on the north coast of Tenerife, Spain and reaches a height of about 17 m Its age is estimated to be about 400 years old, and in 1917 it was declared a natural monument of national importance. 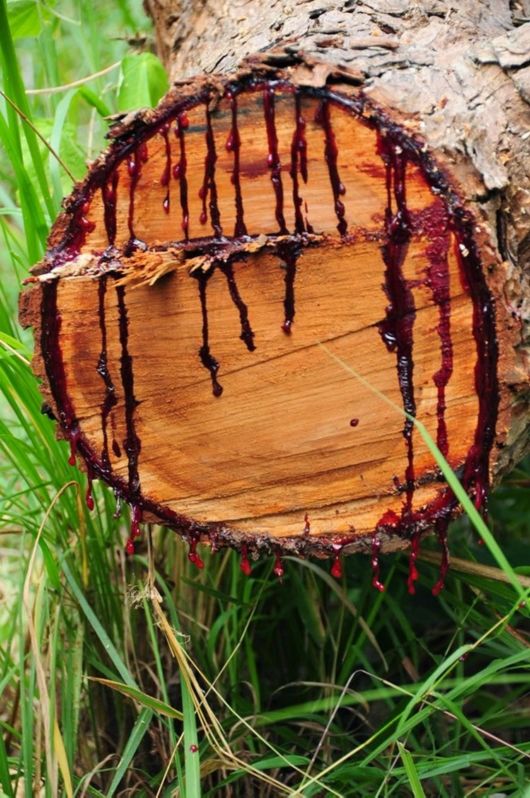 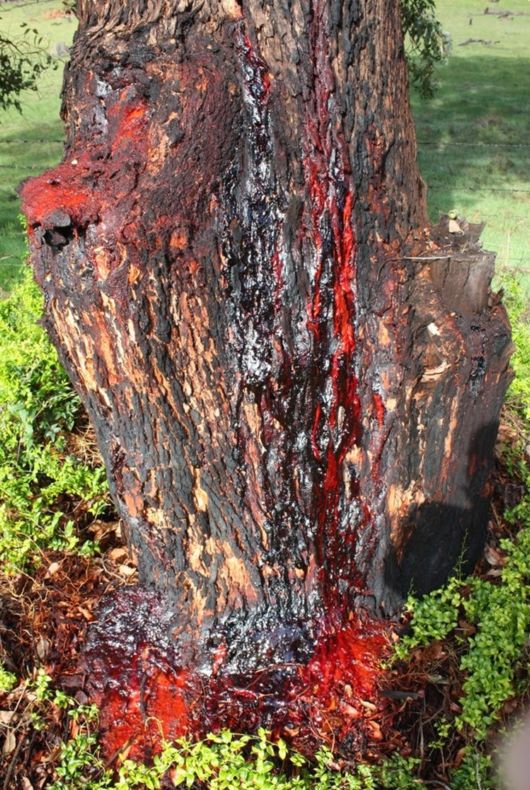 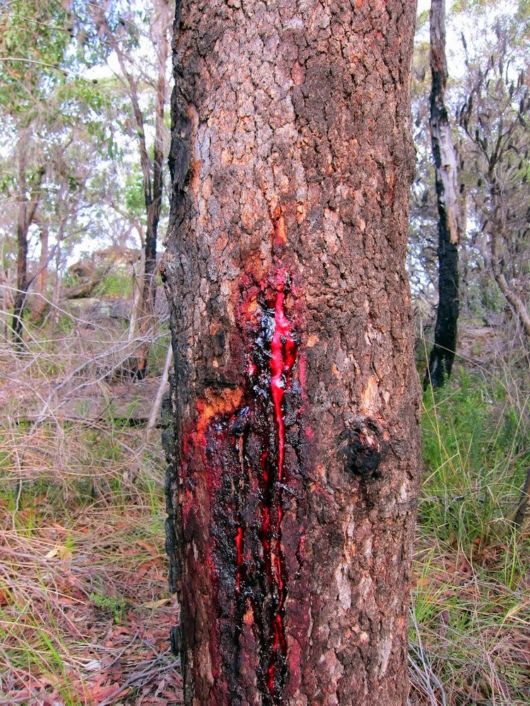 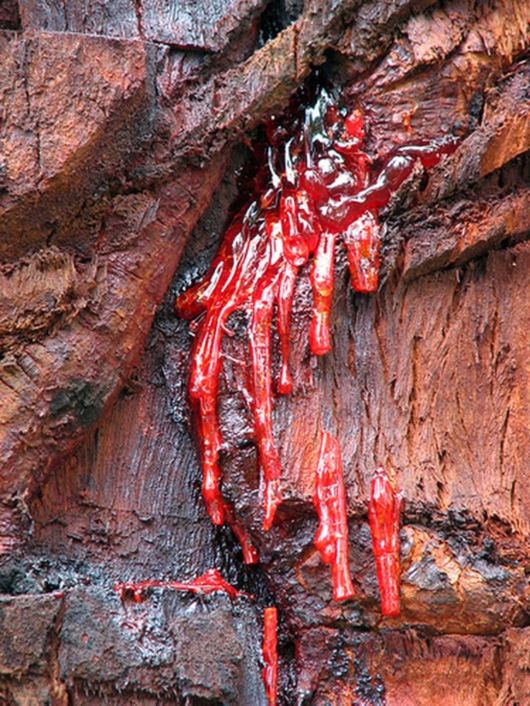 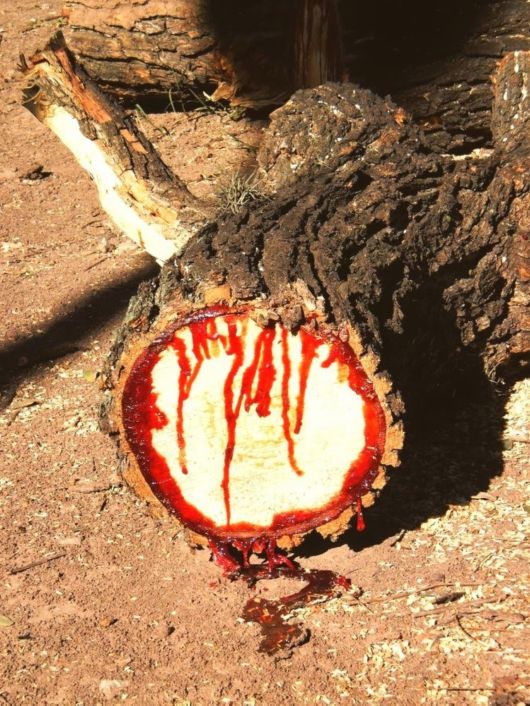 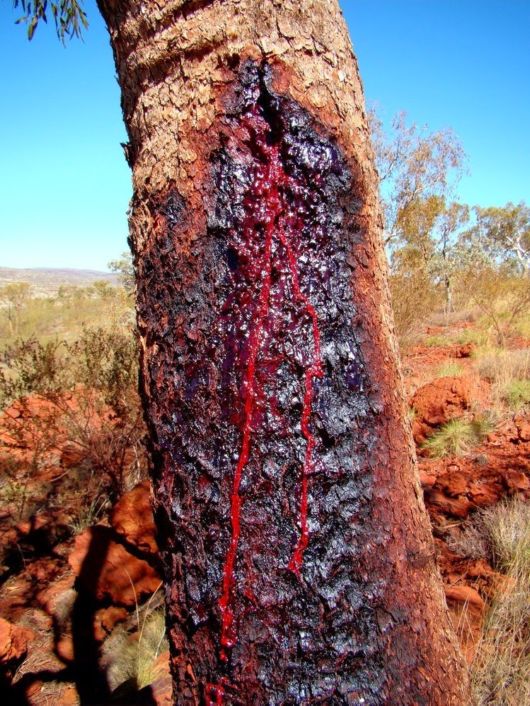 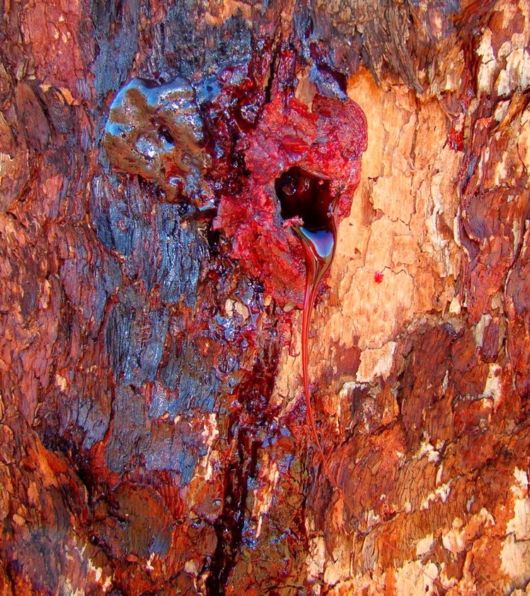 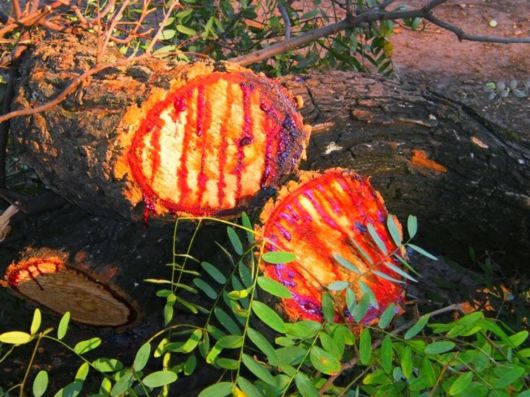